Becky Hammon would have preferred a victory over history after becoming the first woman to coach an NBA team.

The assistant coach took over the San Antonio Spurs in the second quarter after coach Gregg Popovich was ejected in a 121-107 loss to LeBron James and the Los Angeles Lakers on Wednesday night.

“I try not to think of the huge picture and huge aspect of it because it can be overwhelming,” Hammon said. “I really have had no time to reflect. I have not had time to look at my phone. So, I don’t know what’s going on outside the AT&T Center.”

Hammon and the Spurs already had a lot to contend with against the defending league champion Lakers. 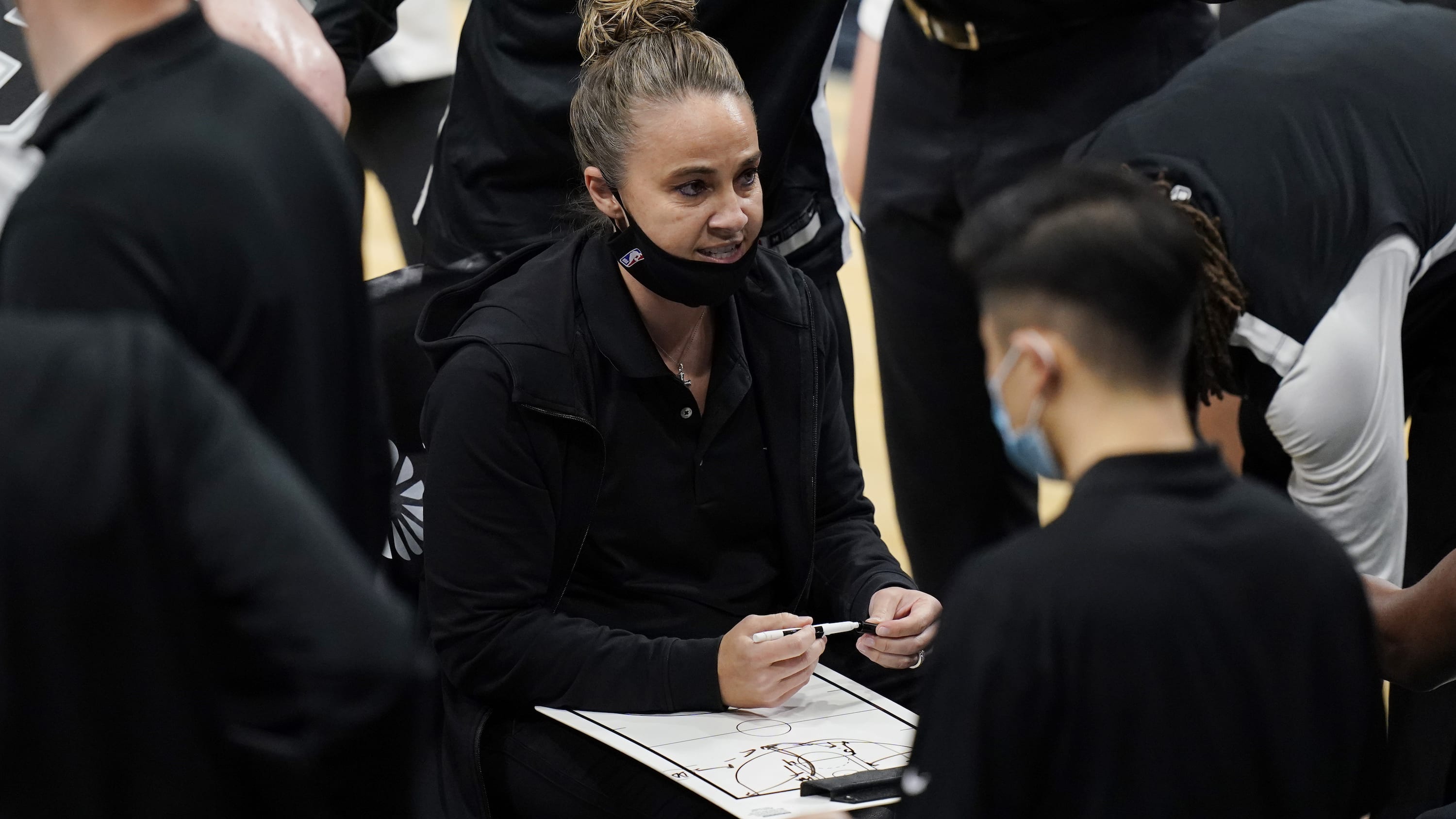 “[I was] trying to get the guys in the right spots,” Hammon said. “Trying to get them motivated. Obviously, it’s a learning situation for all of us, but I would have loved to have walked out there with a win with the guys.”

Popovich was ejected by official Tony Brown with 3:56 remaining in the second quarter. Popovich screamed at Brown and entered the court following a non-call on DeMar DeRozan’s attempted layup and a subsequent attempted rebound by Drew Eubanks.

As he exited the court to applause from several of the team’s family members in attendance, Popovich pointed a finger at Hammon and had a succinct message.

“You got `em,” Hammon said. “See? He doesn’t treat us any differently than he does you guys.”

Said LeBron James: “Obviously she’s been paying her dues over the last few years and Coach Pop has given her the opportunity. … It’s a beautiful thing just to hear her barking out calls, barking out sets. She’s very passionate about the game. Congrats to her and congrats for our league.”

Hammon took over the team’s huddles during timeouts and walked the sideline following Popovich’s ejection. Hammon was the first full-time female assistant coach in league history.

“Well deserved,” Lakers coach Frank Vogel said. “I’ve talked to her before and she really knows her stuff and obviously she’s here for a reason. She’s equipped, intelligent [and the] guys have great respect for her. She’s going to be a great coach one day.” 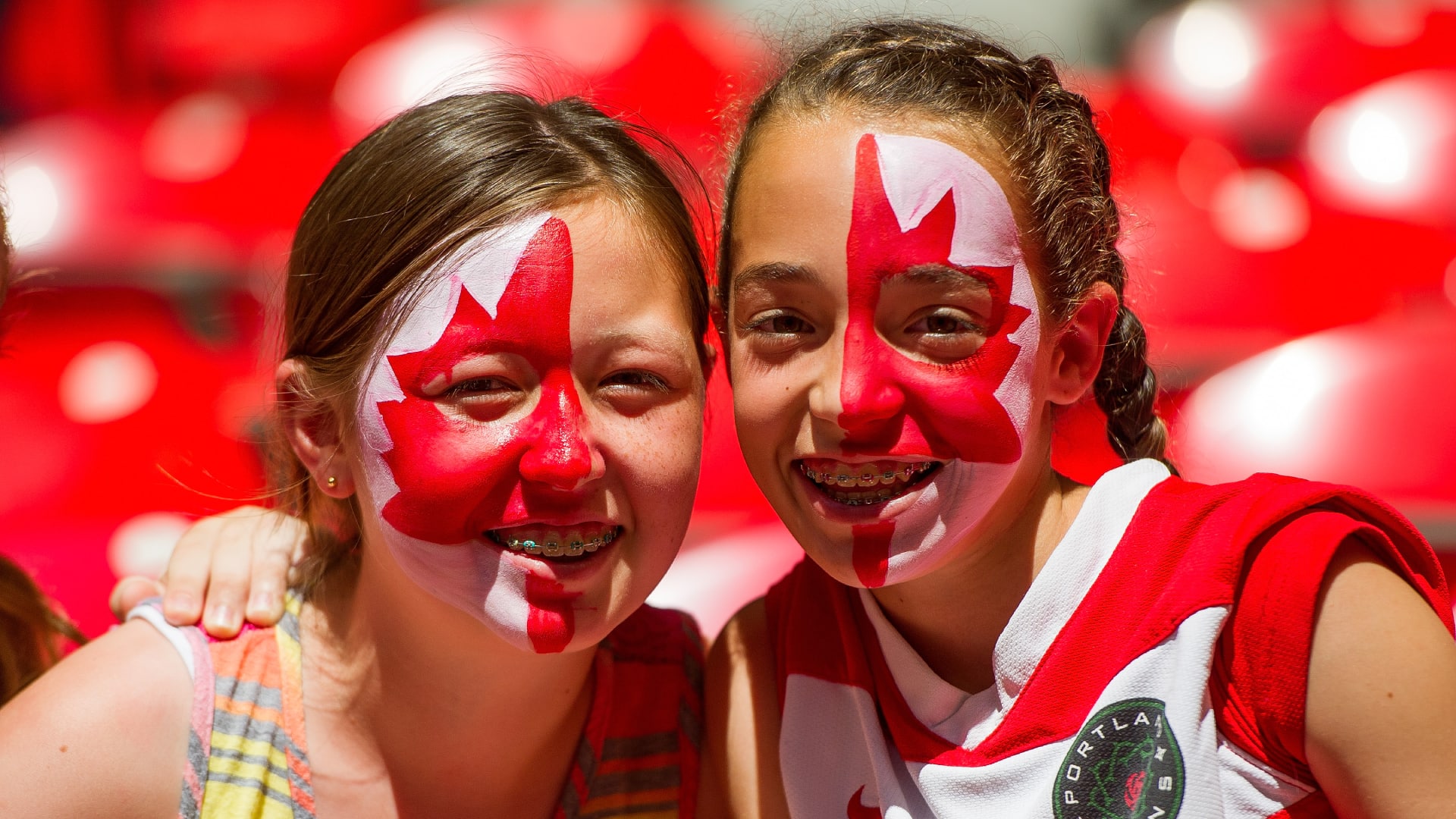 Scott Russell is joined by Chandra Crawford, Stephanie Dixon and Ainka Jess to chat about how the pandemic has only worsened the issue of young girls in this country dropping out of sports and what needs to be done about it. This is the second panel in a five-part series of discussions on the state of sport in Canada. 19:13

A three-time All-American at Colorado State, Hammon played for the New York Liberty and San Antonio Stars in the WNBA as well as overseas before retiring to join Popovich’s staff in 2014.

“Even in timeouts with Pop as head coach, she is quick on her feet,” DeRozan said. “She tells us about defensive assignments, offensive sets we should run. Seeing her in the forefront, it would have definitely been cool to have won for her.”

The Lakers contributed to Popovich’s frustration and the Spurs’ fortunes didn’t get much better after the veteran coach exited.

Dennis Schroder had 21 points, Anthony Davis had 20 points and eight rebounds for the Lakers. Wesley Matthews was 6 for 6 on 3-pointers in scoring 18 points off the bench.

The Spurs opened with a 9-2 run, including an uncontested drive through the lane by Keldon Johnson for a two-handed slam. The Lakers responded with an 11-0 run that promoted a timeout by Popovich.

The Lakers took their first double-digit lead at 35-25 on Kyle Kuzma’s three-pointer with 1:14 remaining in the first quarter.

“At the end of the day, it don’t mean nothing, we lost,” Murray said.

DeRozan added 23 for the Spurs, who lost their second straight after opening the season with two consecutive wins.

Tokyo Olympics: Spectators from abroad to be barred from games this summer, says IOC