Hinako Shibuno can do without the “Cinderella” nickname, just not the smile. That was bright as ever Friday as the Japanese star posted a 4-under 67 and opened a three-shot lead going into the weekend of the U.S. Women’s Open.

Shibuno’s lone mistake on a damp, soft day at Champions Golf Club was a three-putt bogey on the par-3 16th at the Jackrabbit course. Her objective was to avoid dropping more shots by being overly aggressive. She wound up with a 10-foot birdie putt to restore her lead over Arizona State sophomore Linn Grant of Sweden.

Shibuno rose to sudden fame in the summer of 2019 when she won the Women’s British Open at Woburn, the first major for the 22-year-old and her first time playing outside Japan. She was called the “Smiling Cinderella,” a reference to her surprise performance and an engaging smile.

“No pressure whatsoever,” Shibuno said. “I’m playing a major in the United States, unlike when I was at the British Open, where I feel like I am starting from scratch.” 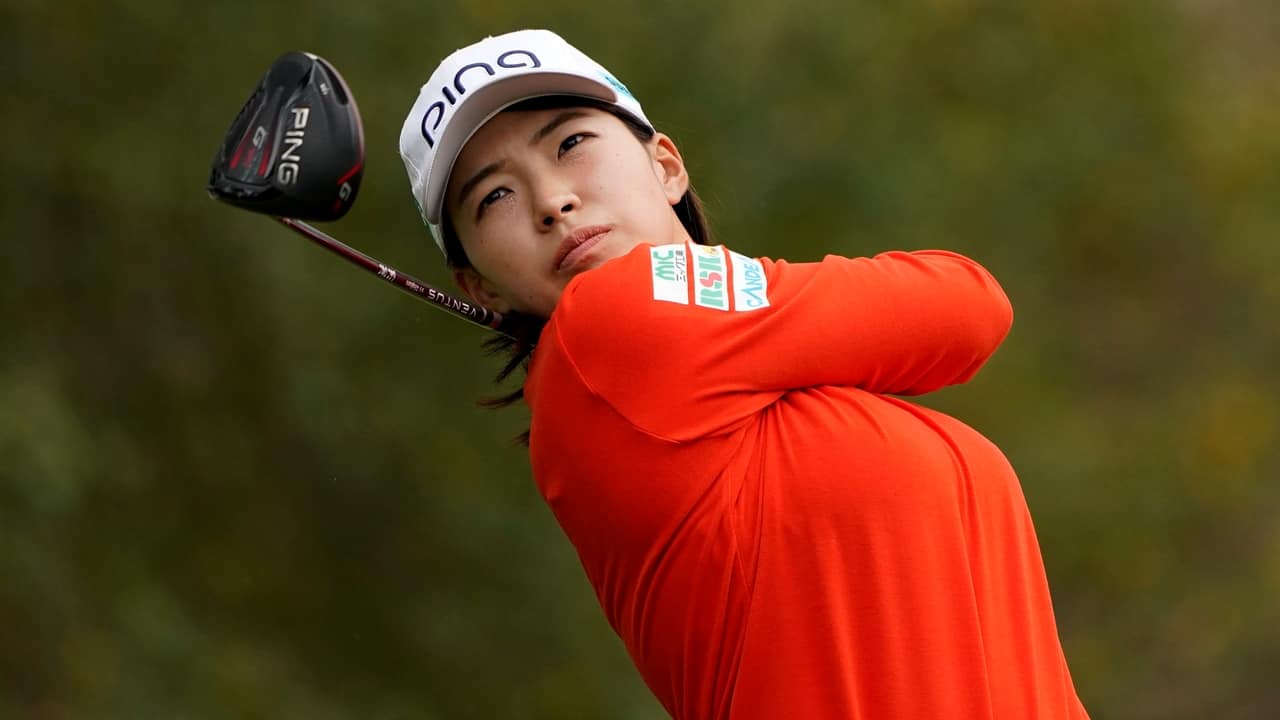 She looked the part of a major champion at the U.S. Women’s Open, where the forecast of rain and strong wind never quite materialized. The rain was light and occasional. The wind was little more than a rumour.

Grant made her U.S. Women’s Open debut two years ago as an 18-year-old at Shoal Creek and was tied for fourth going into the weekend until closing with rounds of 78-81.

She had a 69 at Jackrabbit and will be in the final group Saturday. They will be joined by another amateur, Texas senior Kaitlyn Papp, who had a 68 at Cypress Creek and was four shots behind.

Canada’s Brooke Henderson, of Smiths Falls, Ont., was among the last to make the cut at 3-over through two rounds. She shot 2-over 73 on Friday. Fellow Canadian Alena Sharp won’t play into the weekend after finishing a stroke behind Henderson despite her even-par second round.

The USGA used two courses for the first time because the pandemic forced the Women’s Open to be postponed six months to December with limited daylight. The final two rounds will be at Cypress Creek, the course that previously hosted a Ryder Cup, U.S. Open and the Tour Championship on the PGA Tour.

Shibuno was at 7-under 135, and only 12 players were within five shots of the lead. 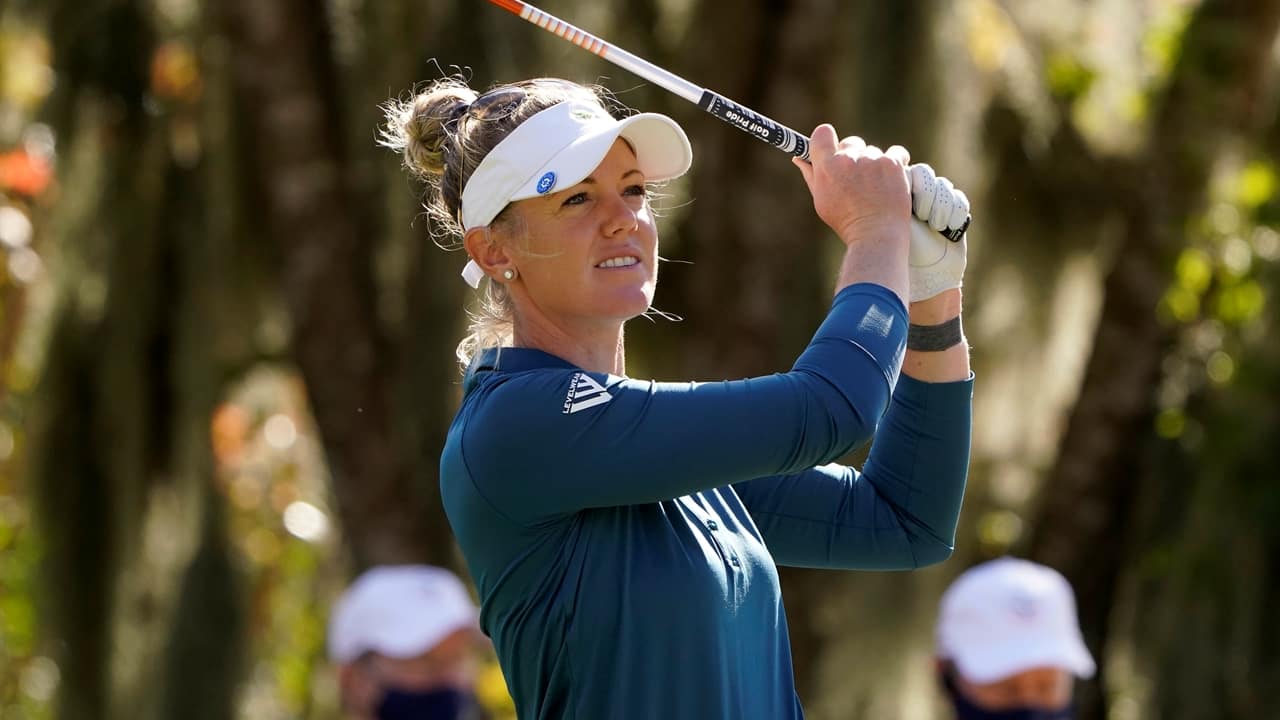 The group five shots behind included former Women’s Open champion Ariya Jutanugarn and her sister, Moriya, Champions Golf Club member Stacy Lewis and Cristie Kerr, who dislocated a couple of ribs in a cart accident one week ago and wasn’t even sure she could play until the Open began.

Kerr played bogey-free at Jackrabbit and shot 69, and the 43-year-old former Open champion says the injury at least has tempered her expectation.

“I’ve definitely missed shots I would normally not miss because I’m in pain, but it’s actually kind of a nice mental place to be. I’m not happy how I got here, but maybe it’s meant to teach me a lesson, I don’t know.”

Even winning a major championship last year wasn’t enough for Shibuno to take up LPGA Tour membership. She felt she was too young, too inexperienced, and needed more work on the Japan LPGA.

The plan was to wait until the end of the year and go through the LPGA’s version of qualifying school. That was cancelled because of the COVID-19 pandemic. The only path now is to win the Open.

Asked if she would join the LPGA this time, Shibuno smiled — of course — and said, “By all means, yes.”

She also had to contend with instant fame in Japan, where women’s golf often gets higher TV ratings than the men.

“I turned from a normal person to a celebrity overnight, and I don’t know how to explain it, but I feel like I’m acting a good person,” she said through a translator. “In Japan, even though I was wearing a mask, people recognized me. Of course, that’s the purpose of playing golf professionally. But it’s more difficult for me to go out to dinner than before.”

Papp already has one USGA title to her name when she teamed with Texas teammate Hailee Cooper to win the U.S. Women’s Amateur Four-Ball in 2016. She is a three-time All-American for the Longhorns, and assistant coach Kate Golden is on her bag for the week. She finished with two birdies, chipping in on No. 17 at Cypress Creek.

“A good confidence booster going into the weekend,” she said.

Jin Young Ko, the No. 1 player in the world, had a 70 and made the cut with two shots to spare, leaving her eight shots behind. Women’s PGA champion Sei Young Kim had a 69 and was six shots behind.

Nelly Korda, the No. 3 player in the world who hasn’t competed in two months because of back pain, was among those who missed the cut. That list included Lexi Thompson and Mirim Lee, who won the ANA Inspiration in September.