Catriona Le May Doan sounds as if she’s ready to do battle.

The Canadian Olympic Committee announced Tuesday that Le May Doan has been appointed chef de mission for Team Canada at the upcoming 2022 Olympic Winter Games in Beijing.

“At times, the chef has to put on the armour and lead the team,” the two-time Olympic gold medallist in speed skating said from her Calgary home.

“The role is to lead and to defend and when our athletes shine the role of the chef is to step aside. It’s all about the athletes. Only an athlete knows the pressure of representing our country on the Olympic stage. I don’t know if you can put on the armour if you haven’t been an Olympic athlete.”

The pandemic and the uncertainty facing every athlete on the planet coupled with an increased social consciousness pervading the world of sport has caused universal upheaval on every field of play at all levels.

The Olympics, which were once counted on to provide a spectacular expression of humanity every two years, are now in question. They are facing major challenges to their relevance. 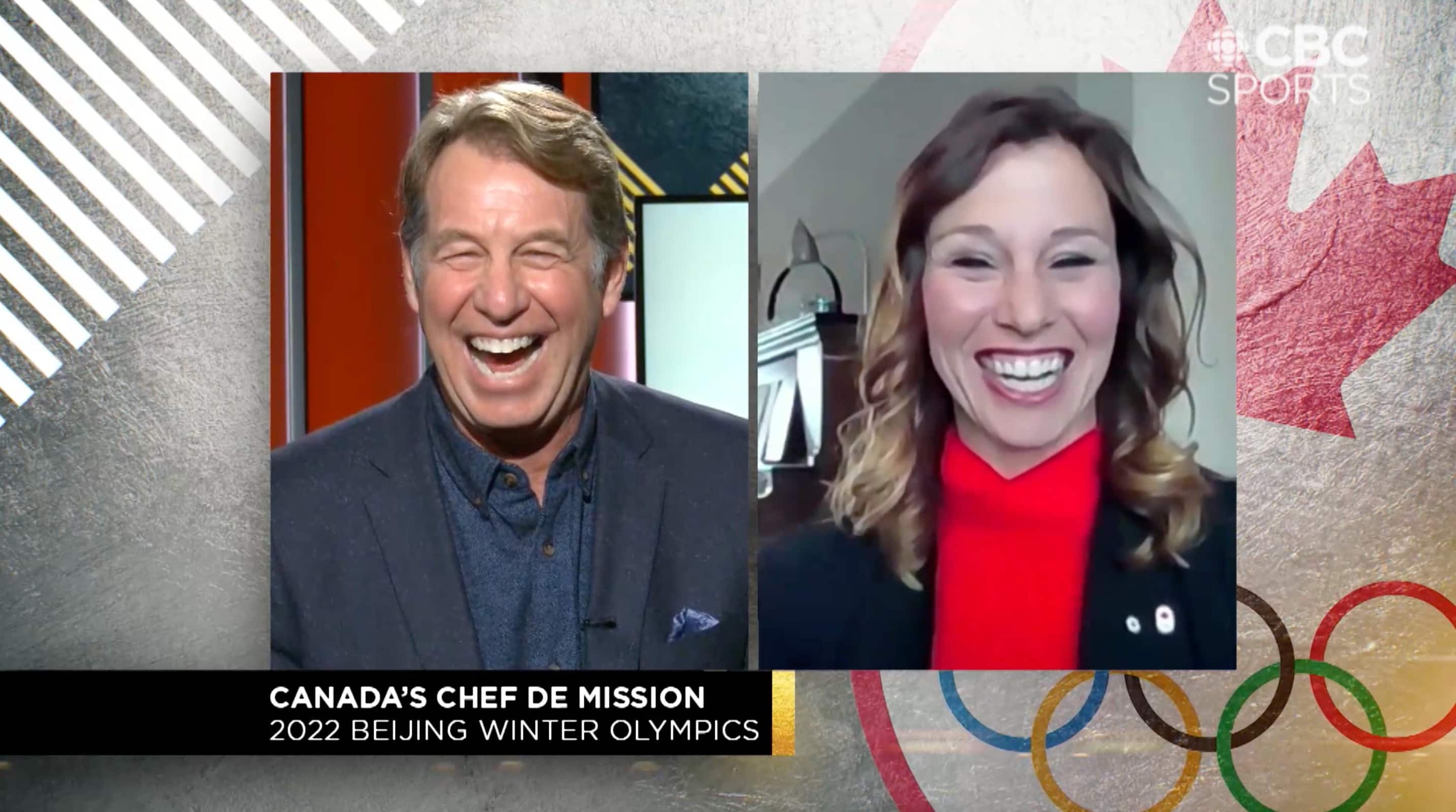 The two-time Olympic champion in speed skating joins Scott Russell to discuss why she’s ready for the responsibility of the role and the global importance of the next Olympic Winter Games. 6:43

That’s why the choice of chef de mission — the person who essentially becomes the face of the Canadian Olympic team at any given Games — is so important.

“These are intelligent and thoughtful people who are alive to the issues that are going on in the world,” said COC president Tricia Smith, who had a hand in selecting Le May Doan. “[Le May Doan] is alive to the unique role that all of sport and the Olympic Games can play in bringing the people connection to the forefront.

“She’s someone who absolutely has earned credibility and respect of the athletes of the team and of all Canadians.”

Indeed, Le May Doan’s qualifications to lead are impeccable.

She’s competed at four Winter Games beginning in 1992 in Albertville, France with the last Olympic speed skating event contested on an outdoor oval.

In Lillehammer, Norway in 1994 she tasted bitter defeat when, as one of the favourites to win a medal in the 500-metre event, she fell and was eliminated.

“I dealt with the gut-wrenching feelings of failure for a very long time,” she said as she reflected on that experience.

Four years later at Nagano, Japan she claimed the gold medal in the sprint and added a bronze medal in the 1000m. Then having carried the Canadian flag into the opening ceremony at the 2002 Games in Salt Lake City, Utah, Le May Doan won gold again and became the first Canadian athlete, winter or summer, to successfully defend an individual Olympic title.

“It was at those Games that I would experience the most pressure I had ever faced in my life,” she recalled. “I was able to dig deeper emotionally and mentally than I even knew possible, and pave the way for others to follow.”

Following her retirement from the sport, Le May Doan became a broadcaster and then served as the lead mentor for the Canadian team at the 2018 Pyeongchang Olympics. She is currently the president and CEO of Sport Calgary, a non-profit organization which delivers a bevy of sport and recreation to hundreds of thousands of people of all ages and ability in that community.

Her motivation for aspiring to the honourary and volunteer position as chef de mission is both altruistic and genuine.

“I want the athletes to experience the power of the Games as I did,” she said. “They will become the messengers who will take the ideal of hope and unity through sport back to all of our communities in Canada.”

Le May Doan is the latest in an impressive line of Canadian champions to become chef de mission. Prior to 2008 and the Beijing Summer Games it was rare for an athlete to assume the position more frequently occupied by a sports administrator.

“We have a shared history with those currently competing and can truly understand what they need,” said Sylvie Bernier, the 1984 diving gold medallist who was Canada’s chef de mission the first time the Olympics were held in China a dozen years ago.

Mark Tewksbury, who won swimming gold at the 1992 Games in Barcelona, served as chef de mission 20 years later in London in 2012.

“The role is about leadership of our Olympic team,” Tewksbury said. “Canada is one of the few countries to have an athlete in this role. This is invaluable. Only an athlete who has been there can unite the team around them very quickly and use the chef de mission’s position as a competitive advantage.”

Short track speed skater and 1992 Olympic champion Nathalie Lambert was the high-profile chef de mission at the home Games in Vancouver/Whistler in 2010 where Canada won a then-record 14 gold medals.

“In my opinion we always need someone with great communication skills and an extensive knowledge of performing on demand,” Lambert said.

For her part, Marnie McBean, the three-time rowing gold medallist, has been patiently leading Team Canada’s expectant and nervously optimistic athletes through the pandemic toward the Tokyo Olympics, which have been delayed until the summer of 2021.

“I’ve been determined to normalize the path … the emotions and the roller-coaster ride that come with the ambition to be the best at the Olympics,” McBean said.

The chef de mission’s role has evolved into an inspirational one from a Canadian perspective. The chef is the example to follow. Le May Doan is well-aware of this reality in very strange times.

“With sport being taken away from us it’s more important than ever to show our communities, our country, and the world how sport can heal,” she said.

“Beijing will be an environment which is safe for our athletes. We’ll go representing Olympic values and Canadian Olympic values. If athletes want to have safe space to express what they believe, they’ll have safe space. The Olympics and the athletes wearing the Maple Leaf represent hope and will allow our youth to dream again.”

As it is with her immediate predecessors, Le May Doan believes the best recipe for success as Canadian chef de mission is an unwavering passion for the purpose of the entire Olympic movement.

How Ravi Kahlon’s Olympic experience is helping him in role as B.C. cabinet minister