Canadian Marie-Michele Gagnon, wearing bib No. 29, earned bronze in super-G and bumped star skier Sofia Goggia off the podium in the process at the women’s alpine World Cup event in Garmisch, Germany, on Saturday.

Meanwhile, Lara Gut-Behrami reached the top of the podium for her third straight win in the discipline, 10 days before the world championship race is set to take place.

The Swiss skier confirmed her dominance with another clear victory, a week after she won her home race in Crans- Montana by 0.93 seconds.

Kajsa Vickhoff Lie trailed by 0.68 seconds as the Norwegian captured silver for her first career podium result, while Gagnon followed 0.93 behind in third. 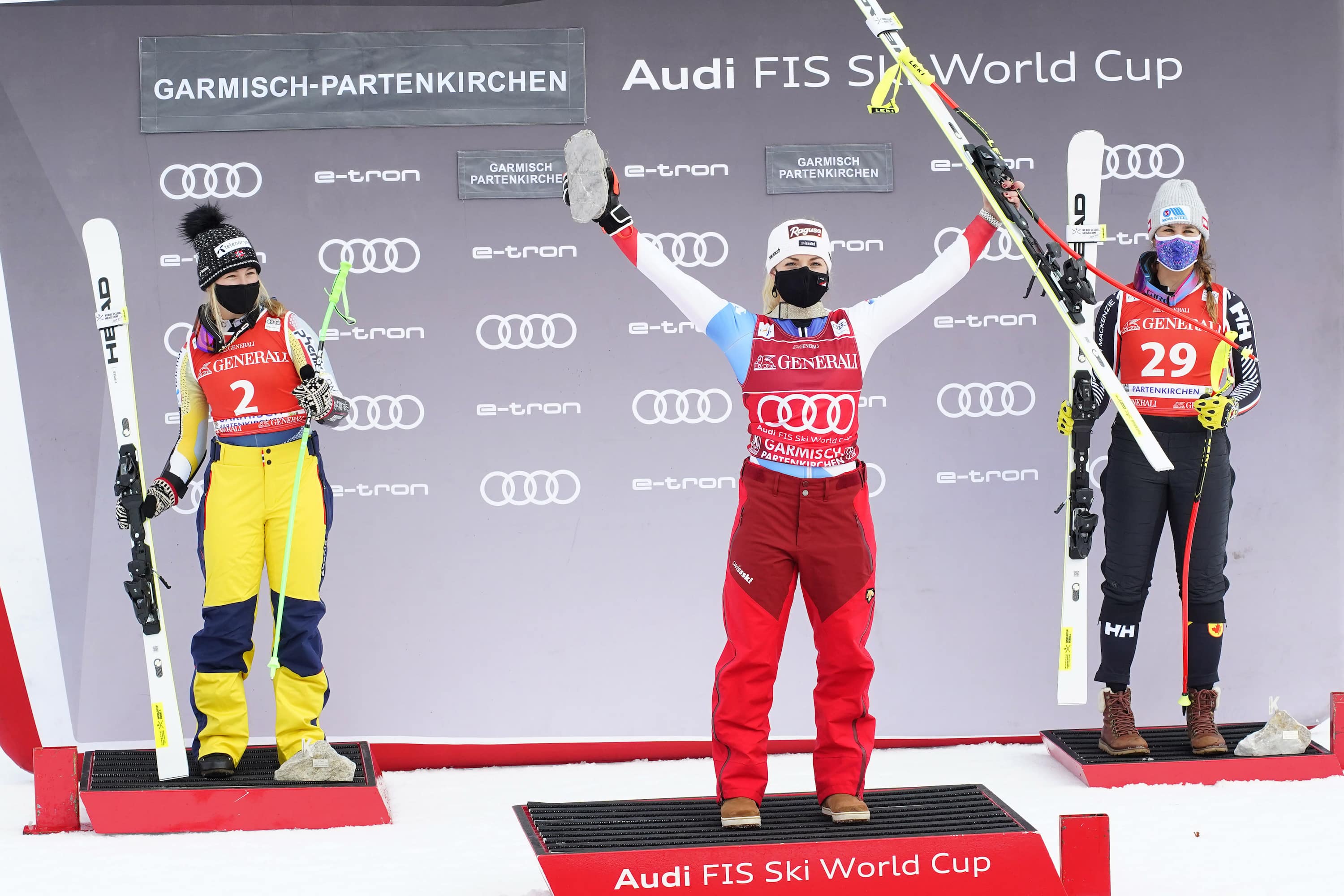 Goggia, who is on a four-race winning streak in downhill, finished fourth, ahead of Austria’s Christine Scheyer and Olympic super-G champion Ester Ledecka.

Overall leader Petra Vlhova finished 10th, and the Slovakian skier saw her advantage over Gut-Behrami in the season standings reduced to 62 points.

“A few months ago, people asked me if I was still able to win a race at all. Now people start talking about the (overall) World Cup. It shows how fast things can change in sport,” said Gut-Behrami, who had not won a race between 2018 and 2020.

“For me it’s important that I keep my level of skiing, that I can be fast like today and enjoy it.” 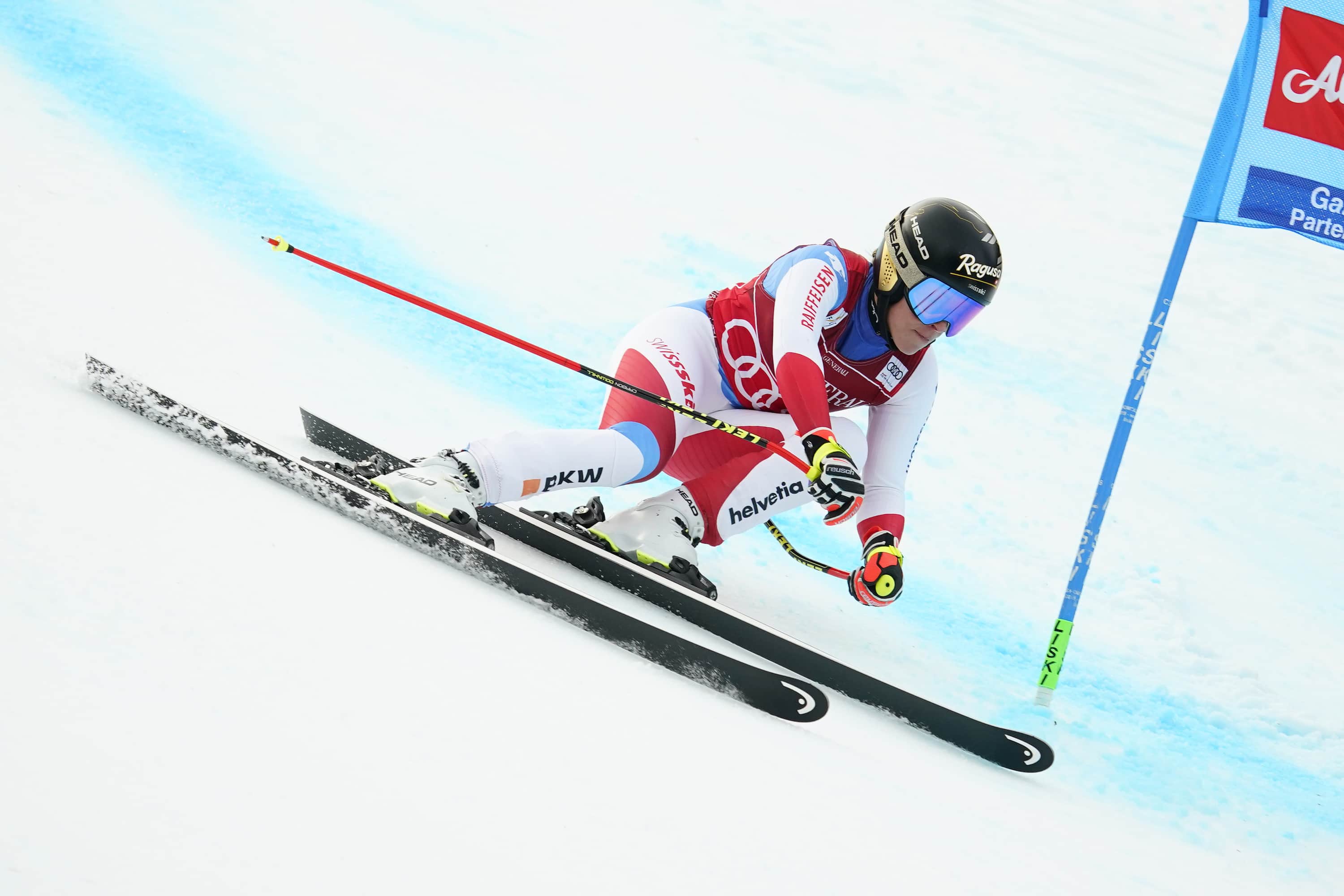 Lara Gut-Behrami of Switzerland captured her second World Cup super G win of the season Saturday crossing the line with a time of 1:15.70 2:03

Gut-Behrami was seven-hundredths of a second behind Lie at the first split but charged down the Kandahar course, sticking to the ideal race line in a clean run.

Saturday’s win was the 29th in Gut-Behrami’s career and 15th in super-G.

Gut-Behrami previously won three consecutive World Cup super-G events in the 2016-17 season, when she was the defending overall champion.

She has won silver and bronze in super-G at previous world championships but is lacking a gold medal.

Gut-Behrami was reluctant to read too much into her current winning streak and referred to the bigger picture of her World Cup career, which includes a first super-G win in 2008.

“After 13 years I’m still able to win. Even though I didn’t win every season I was racing, I was almost in the position to have a chance to win,” she said. “I think this is the biggest achievement you can have in your career, that you can try to win every time you are in the start.”