Susan Wild doesn’t remember how she wound up on the floor in the gallery of the House of Representatives, or what was going through her mind as she listened to the sounds of rioters trying to break through the barricaded doors.

But the moment has been captured in a widely published photograph. In it, Wild — a second-term member of Congress from Pennsylvania’s 7th district — is on her back, one hand over her heart, the other gripped by fellow Democrat Jason Crow, a former U.S. Army Ranger who served in Iraq.

“Jason had been behind me almost from the beginning, when we started the evacuation,” Wild recalled in an interview airing Saturday on CBC’s The House. “I was at the very tail end. And Jason, I later learned, because of his military training, had made a point of being the last member out of the chambers.

“And so he was behind me, encouraging me, as we were crawling through the gallery.”

Wild had been waiting for her turn to speak Wednesday against a challenge initiated by some Republicans of the result of the presidential election in her home state when, as she puts it, “all hell broke loose.”

Democratic Congresswoman Susan Wild, one of the last lawmakers escorted from the U.S. Capitol during Wednesday’s siege, joins The House to talk about the terrifying ordeal and how ‘allies and adversaries’ have closely watched the U.S. this week. 13:36

‘Panic’ in the Capitol

She said she doesn’t remember feeling panicked as she and the others lined up to leave. She called her children to assure them she was all right. And then she lost a shoe — a small thing, considering what was happening around her, but enough to cause her composure to dissolve.

“I knew I felt upset, but it wasn’t until Jason reached out and started holding my hand and speaking to me, and trying to calm me, that I realized that I was manifesting those signs of panic,” she said.

“I frankly thought I was holding it together pretty well until that happened. And then I realized it must be clear that I was really in bad shape emotionally.”

Wild and many other members of Congress, both Democrats and Republicans, accuse Donald Trump of whipping up his supporters before the riot with his baseless claims that the November presidential election had been stolen from him.

It’s a view shared by many foreign leaders — including Prime Minister Justin Trudeau, who expressed shock Friday at what happened.

“What we witnessed was an assault on democracy by violent rioters, incited by the current president and other politicians,” the prime minister told reporters. 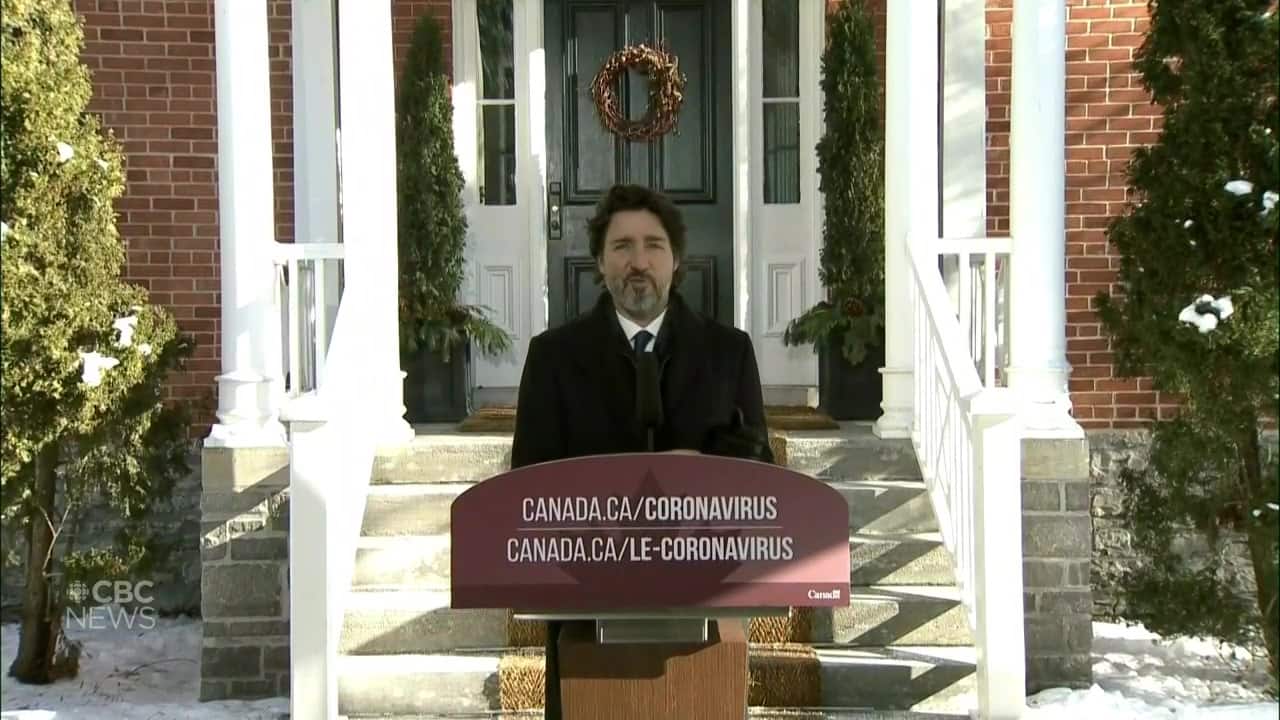 Trump has always been a difficult partner for allies — even long-standing ones like Canada. That’s prompted Trudeau and others to react cautiously over the years to the president’s most intemperate remarks and to his attacks on their own leadership.

Even U.K. Prime Minister Boris Johnson, whose political leanings are more closely aligned with Trump than Trudeau, abandoned the man he once said was worthy of a Nobel peace prize.

“Insofar as he encouraged people to storm the Capitol and insofar as the president has consistently cast doubt on the free and fair election, I think that what the president has been saying on that is completely wrong,” Johnson told reporters Thursday.

The mob scene, the destruction and the degradation of an icon of American democracy didn’t stop some House Republicans from continuing with their attempt to set aside the election results in swing states like Pennsylvania.

Wild said she was stunned hours later when her colleagues finally returned to the chamber — and the challenges resumed.

“I was frankly appalled,” she said. “We were having the biggest assault on our democracy. It was happening right there in the Capitol earlier in the day, you know … interruption of what is normally a very transparent and accountable process.”

Those challenges were defeated, and both houses of Congress certified the vote that elected the Democratic ticket of Joe Biden and Kamala Harris.

But Wild said she still worries about the longer-term impact of Wednesday’s events on Americans’ ability to put aside their political differences for the good of the country, and on the willingness of members of the public to attend sessions of Congress to “watch democracy in action.”

As a member of the powerful House foreign affairs committee, Wild said one of her first priorities will be to craft a message to reassure allies — and warn off adversaries who might try to capitalize on the transition period.

“I think it’s going to be very important that the next administration — which I think will be much more forward-thinking in terms of foreign policy — makes it clear that the way that we have governed in the last four years is not going to be the way the United States is governed going forward,” she said.

These are the likely scenarios for how election night will play out in the U.S.