“There is not a single substantive conversation that I have with a lawmaker here in the United States — whether it is in the administration or on the Hill — where the issue of the arbitrary detention of the Michaels doesn’t come up,” Kirsten Hillman said in an interview with CBC News Network’s Power & Politics.

“And I have, without one exception, received only support from every single American lawmaker I have talked to,” said Hillman. “The U.S. is deeply committed to helping … get us to a place where the arbitrary detention of the Michaels is resolved. I am 100 per cent confident in that and I am also confident that the incoming administration will be equally as committed.”

Spavor and Kovrig have been detained in China for more than two years. They are accused of spying. The charges widely viewed as retribution for Canada’s arrest of Huawei executive Meng Wanzhou in December 2018.

Meng is currently fighting extradition to the U.S. where she faces wire and bank fraud charges related to alleged Huawei violations of American sanctions against Iran.

Earlier this month, the Wall Street Journal reported that the U.S. Department of Justice is in negotiations with Meng’s legal team over a possible deal that could see Meng return to China in exchange for admitting some wrongdoing.

Meng is reportedly resisting the deal.

Democratic Sen. Chris Coons, a key ally of president-elect Joe Biden in the U.S. Senate, told Power & Politics on Dec. 9 that he was “encouraged” to hear negotiations were under way concerning Meng’s case.

U.S. Democratic Senator @ChrisCoons says the release of Michael Spavor and Michael Kovrig should be included in any negotiations between the U.S. Justice Department and Huawei executive Meng Wanzhou’s lawyers. #cdnpoli pic.twitter.com/BvsaMF6Kbk

Coons said that while he is not able to speak for the Biden administration he is convinced the incoming president will work to secure Kovrig and Spavor’s freedom.

“I think the U.S.-Canada relationship will be a high priority,” he said.

Hillman said she was grateful and appreciative for Coons’s comments on the issue, but declined to comment on the reported negotiations. Canada’s Ambassador to the United States Kirsten Hillman says China’s detention of Kovrig and Spavor is an issue “very central to the Canada-U.S. bilateral relationships.” 4:01 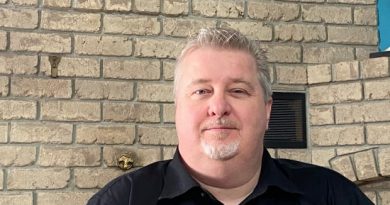