“I was absolutely floored to see a federal party leader use insinuations and carefully coded questions — particularly this week, when we just lived through last week what happens when leaders don’t take care of the words they [use] and play these dangerous games around intolerance and hate,” Trudeau said.

Alghabra, who received his first ministerial post in a cabinet shuffle Tuesday, was singled out in a Bloc press release that sought to sow doubt about his association with what it called “the political Islamic movement.”

Blanchet said Wednesday that “questions arise” due to the minister’s former role as head of the Canadian Arab Federation. Blanchet also said he “refuses to accuse” the minister of anything specific.

Alghabra was the federation’s president before being elected as a Toronto-area Liberal MP in 2006. 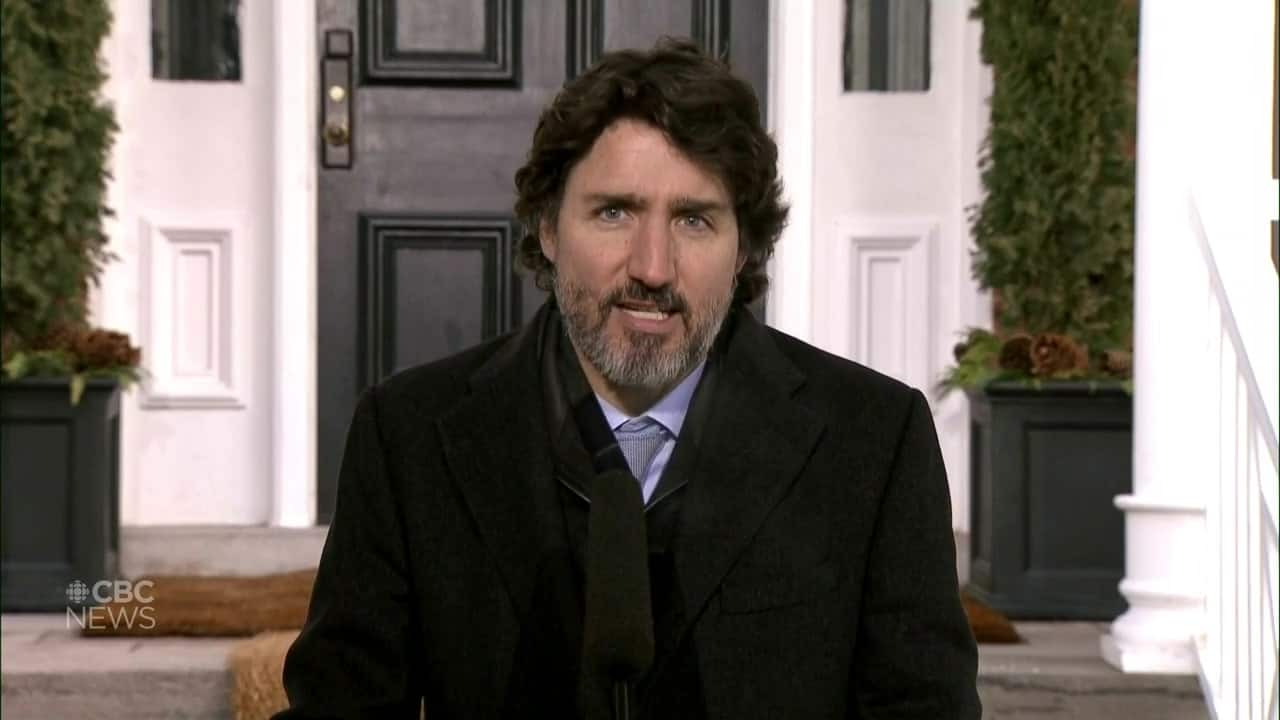 Prime Minister Justin Trudeau was asked by reporters about Jean-François Blanchet’s criticism of Omar Alghabra this week after Alghabra was promoted to cabinet. 0:57

The Bloc cited a 2016 article by a right-wing Quebec newspaper columnist that made suggestions about Alghabra’s personal and professional history.

“It’s really questions about his past and also the separation of church and state, which is a profound value for the Bloc,” said Bloc spokesperson Julien Coulombe-Bonnafous. “We don’t want to raise any accusations because I don’t think there’s that much.”

In 2009, then-citizenship and immigration minister Jason Kenney opted to cut funding to the Canadian Arab Federation, whose leader at the time made statements that Kenney called anti-Semitic and supportive of terrorist groups.

“I have been on public record disagreeing with the approach taken by the current administration of the Canadian Arab Federation,” Alghabra said in 2015 when he was a Liberal candidate for Mississauga Centre.

Earlier today, Blanchet issued a statement saying he was only raising “legitimate questions” about past positions Alghabra has held at the Canadian Arab Federation and accused the Liberal Party of refusing to allow Alghabra to answer questions raised against him.

Alghabra already has reacted to Blanchet’s remarks, saying in a media statement that he is “disappointed by the Bloc Quebecois’ attempts to create divisions for mere political gain.”

“I expected better. We know what such misinformation could lead to,” he said, calling the Bloc’s insinuations a “dangerous game.”

Trudeau appeared visibly upset with the suggestion that Blanchet could excuse his remarks as an effort to simply ask questions about Alghabra’s proximity to the political Islamic movement.

“That’s ridiculous,” Trudeau said. “That kind of political pandering to the worst elements, and to fears and anxieties, has no place in Canada and all of us need to stand up strongly and push back against that anywhere it happens in this country.”

Is American democracy suffering from an overload of politics?