“Our measures have been very strong, but we’re always open to strengthening them as necessary,” he said when asked if the government would consider a ban on international travel.

“We’re always looking at various measures as they are effective elsewhere in the world.”

Trudeau insisted that Canada’s mandatory 14-day quarantine for those crossing into Canada has been “extraordinarily effective.” 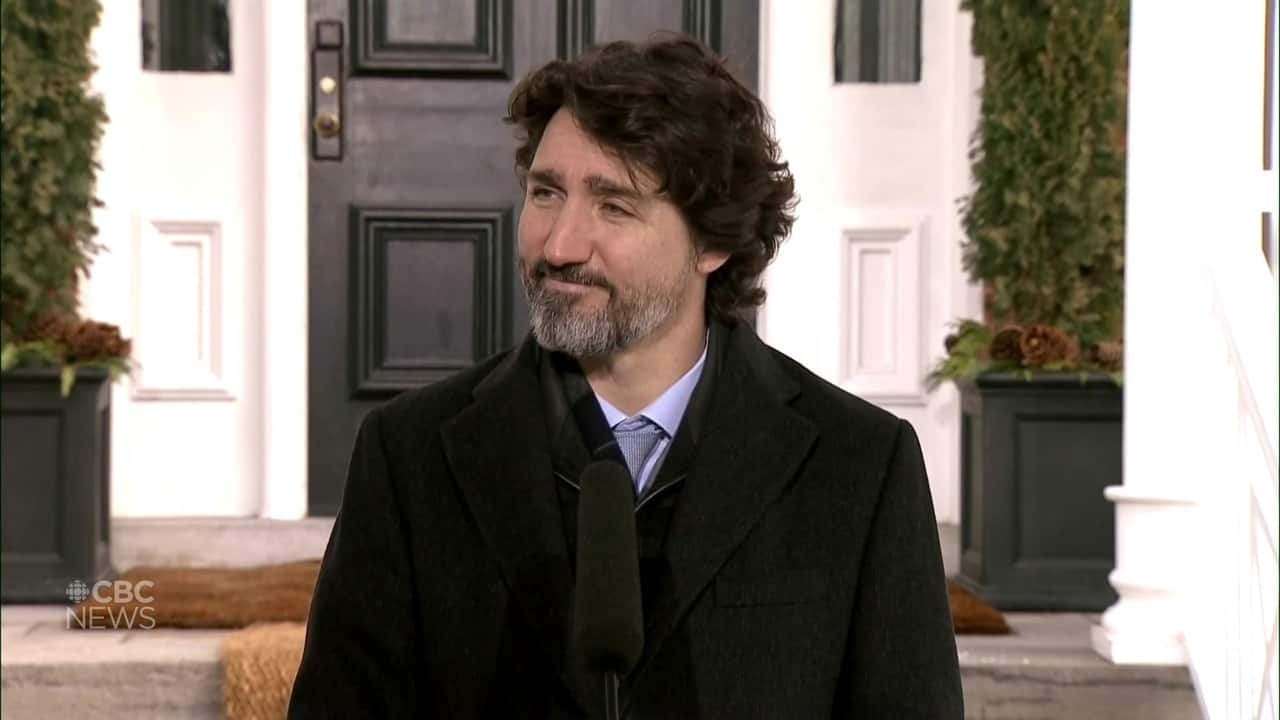 Prime Minister Justin Trudeau addresses CBC’s Tom Parry’s question on whether he would consider banning travel to slow the spread of COVID-19. 1:38

A senior government source, speaking on the condition of anonymity, noted that Canadians have a Charter right to leave and enter the country. But the source said the government can introduce measures in the context of a pandemic — such as the requirement to have a negative COVID-19 test before entering the country.

That was echoed earlier this month by Intergovernmental Affairs Minister Dominic LeBlanc, who pushed back against suggestions that the government of Canada can legislate to limit travel outside the country.

“If you look around the world in countries that have requirements for exit visas, I’m not sure we want to be on the list of those countries. But any measure that tells Canadians that nonessential travel internationally should not be undertaken is something that we’re prepared to look at,” he said.

The prime minister did say Friday that the government is looking to ban certain flights as new variants of COVID-19 emerge around the world — such as a new Brazilian variant of the coronavirus. Canada temporarily banned flights from the United Kingdom last month as a new coronavirus variant spread there.

“We’re doing whatever it takes to protect Canadians, including looking at banning certain flights if necessary. Decisions must be made based on public health guidance,” he told a briefing outside his home at Rideau Cottage.

“As always, our ministers are actively leaning in on this and talking to experts to reach a determination without delay. We will continue to keep Canadians informed of any new decisions we take.”

A recent CBC story showed that Canadian air carriers have operated more than 1,500 flights between Canada and 18 popular vacation destinations since Oct. 1, even as caseloads increased and the health crisis deepened.

Provincial politicians, federal MPs and senators and some CBC executives have become embroiled in controversy over travel.

The Canadian government has had an advisory in place urging against non-essential international travel since March 14, 2020.

“Canadian citizens and permanent residents are advised to avoid all non-essential travel outside of Canada until further notice to limit the spread of COVID-19,” it reads.

“We need to ground airlines. And I understand the economic harm, but when our health care system collapses and we have refrigerator trucks parked outside hospitals, the big question we need to ask is, really, are vacations that important? Is travel that important?” he said.

“Because I feel, from a public health perspective, that the answer is absolutely, unequivocally no.”

Shachi Kurl, president of the Angus Reid Institute, pointed to a recent poll that showed 65 per cent of respondents said they would prohibit all international personal travel at this point in the pandemic.

“Two-thirds of Canadians are now saying, when it comes to personal discretionary travel outside of Canada, we should really just be putting the kibosh on that. It should be prohibited. It should be shut down,” she told CBC News Thursday.

Conservative health critic Michelle Rempel Garner said that, instead of introducing bans, the government should be looking to copy a pilot program introduced in Alberta.

The pilot — a partnership between the government of Alberta and the federal government — allows eligible international travellers to take a COVID-19 test at either the Calgary International Airport or the Coutts land border crossing.

Those with a negative test can leave quarantine as long as they remain in Alberta for the first 14 days. They also must get a second test six or seven days after arrival at a participating community pharmacy.

“Rather than granting exceptions or looking at flight bans or trying to catch people or just shutting down all flights, there is best-practice which actually leads to better public health outcomes, which is testing everybody who’s interested [who] enters the country from abroad,” she told CBC News.

“I think it’s easier for the government to point the fingers at airlines and travellers as opposed to taking responsibility for putting measures in place that would lead to better public health outcomes that they fail to do so far. I hope that the government exercises some leadership in this. Countries around the world have done this best practice. I really don’t know why this hasn’t happened.”

“We need to be very serious about how we’re tackling this and that includes looking at every measure possible to ensure that we’re not overburdening our health care system, which is at the brink right now,” he said.

“And in extreme cases, we always need to show compassion and understanding. But at this point in time, it is very clear that there are so many people that are not able to see their loved ones, are not able to visit people, even in hospitals in their own city.”

The Angus Reid Institute poll also showed seven in 10 Canadians have postponed or cancelled trips and family gatherings at home and abroad since the pandemic began.

“Canadians are saying, ‘Look, we’re staying home. Why do we get the sense that everyone else, or a lot of other folks out there in this country, are coming and going as they please?'” she said, adding the image of elected leaders ignoring the warning on international travel “feeds into a sense of entitlement or elitism.”

The Angus Reid Institute conducted an online survey from January 7–11 among a representative randomized sample of 1,601 Canadian adults who are members of the Angus Reid Forum. For comparison purposes only, a probability sample of this size would carry a margin of error of +/- 2.4 percentage points, 19 times out of 20.

How local, online startups are hoping to snatch Black Friday away from the big boys amid COVID-19