The Liberal government is looking at ways to pry open Canada’s neglected national security vaults, possibly through the creation of a centre to declassify historical documents, a newly released memo reveals.

But getting federal departments to unseal large numbers of secret records “will be a challenge without an overarching policy and resources,” concedes the internal note prepared earlier this year for the deputy minister of Public Safety Canada.

The Canadian Press obtained a copy of the memo through the Access to Information Act.

Canada’s key intelligence allies have policies and practices that allow them to declassify historical security records and make them available to the public through national archives, presidential libraries or academic institutions, it notes.

The memo says the absence of such a standardized approach to intelligence materials in Canada creates a government-wide “information management challenge.”

Requests filed under the Access to Information Act are currently the main means of making security records available to the public.

However, the federal information commissioner, an ombudsman for users of the law, said that last year almost 20 per cent of complaints to her office were related to national security records.

Timothy Andrews Sayle, a history professor at the University of Toronto, has open access requests for records concerning intelligence from the 1940s, more than 75 years old in some cases.

Sayle said it would be unconscionable to allow one of his graduate students to choose an intelligence topic for a thesis or dissertation. “The documents might arrive seven, eight or nine years after requested, if they were to ever come at all.”

Canada has a rich and important history in the national security arena, much of which remains unknown because of a lack of systematic access to archival records, intelligence expert Wesley Wark noted in a discussion paper for the federal information commissioner this year.

As a result, the Canadian literature on national security and intelligence “lags seriously behind” that of main allies, wrote Wark, a visiting professor at the University of Ottawa’s graduate school of public and international affairs.

Since late 2018, the government has been developing a national security and intelligence declassification framework intended to ensure a consistent approach to record disclosure, the Public Safety memo says.

Zarah Malik, a Public Safety spokesperson, said the department is working with other federal agencies on finalizing the framework but “is not able to share a copy at this time, as it is still in the drafting and consultation stages.”

The memo to the deputy minister says federal officials are also looking at longer-term policy solutions that could involve legislative amendments, budgetary requests for resources or establishment of a national declassification centre.

The memo is encouraging, but short on specific action and timelines, Wark said.

Without access to records on national security and intelligence, Canada simply has no evidence-based history of security work, he said.

As a result, an important tool for improving the performance of Canadian agencies and for “raising awareness among Canadians of the practice, significance and challenges of national security is lost,” Wark added.

Sayle, who was invited to propose ideas to Public Safety on the subject last year, said he is mildly optimistic that a declassification policy or framework will allow useful material to be released and improve the current situation.

“I am not sure it could get worse. But will it get better? Unfortunately, I do not have a lot of hope,” he said.

“When it comes to disclosure, we have the legislative framework that allows it. We don’t lack for rules and policies, we lack our government’s political will to share its history.” 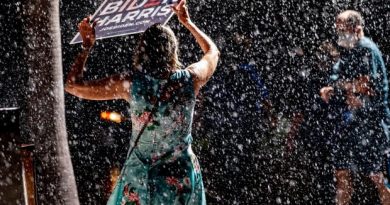