The leader of the Official Opposition opened Wednesday’s question period with a complaint about the design of the federal wage subsidy. So the prime minister took it upon himself to bring up the day’s big news.

“Mr. Speaker, I will get to the question in a moment,” Justin Trudeau said, “but allow me to begin by thanking the doctors, the researchers, the scientists at Health Canada and elsewhere who worked tirelessly over the past many weeks and months to approve the first COVID-19 vaccine safe and effective for use by Canadians today.”

The vaccine fever that gripped Parliament for much of the last two weeks — caused by a mix of politics, ambiguity and desperation — seems to have been abruptly cured, at least for the time being. Now, in the fever’s wake, Canadians suddenly appear to be among the world’s luckiest ones.

The frenzy began on November 24, when Trudeau warned that the citizens of some other countries — the United States, the United Kingdom and Germany — might receive vaccines before Canadians. This, he said, was because those countries had access to domestic production of the leading vaccine candidates.

Trudeau’s description of Canada’s domestic pharmaceutical industry wasn’t quite accurate, but the government’s bigger problem was that it couldn’t quite answer the obvious follow-up questions. If not now, when? If Canadians aren’t first, where are we?

Setting aside the basic facts of the situation — that there are 195 nations on Earth and not all of them can go first — the potential political problem was obvious.

Canadians might broadly accept that they are not entitled to get vaccinated before everyone else — but they might quickly grow impatient if Canada seemed to be lagging far behind other rich nations. In the ninth month of isolation and anxiety, everyone is daydreaming about when this will all be over. Watching our neighbours get back to normal first would be a hard thing to tolerate for very long. 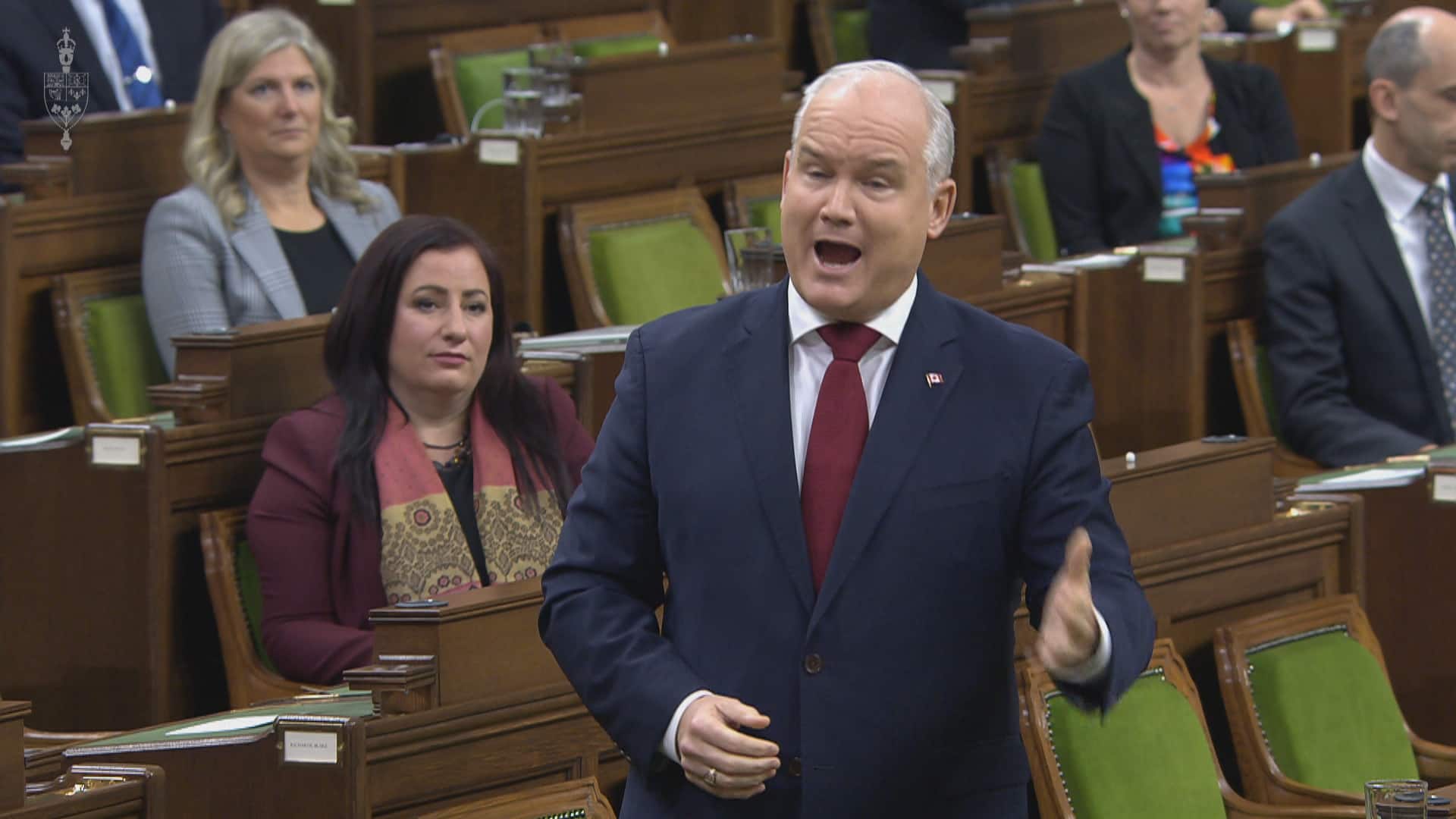 No doubt realizing what a point of weakness this might be for the Liberal government, the Conservatives rushed in with questions. They also floated some rather creative accusations.

The Official Opposition could have limited itself to demanding clarity and a plan, or to asking questions about the specific actions taken by the Liberals to date. Instead, they went so far as to claim that Canada was now at the “back of the line” for vaccines. After apparently pulling together reports from other countries, the Conservatives insisted that Canadians were now behind some 2.7 billion people in the global queue for a COVID-19 vaccination.

Not being first was presented as something a lot like being last (otherwise known as the Ricky Bobby principle).

The Liberals could point to the fact that they had signed contracts with a number of potential suppliers. In fact, Canada has reserved more doses per capita than any other country. But they could not say when exactly the vaccines would arrive and how quickly Canadians would be vaccinated.

Explaining things has never been one of this government’s strengths — and such weaknesses make governments vulnerable in the midst of a fast-moving and unprecedented crisis.

The fever began to dissipate this week when the Liberals announced that 249,000 doses of one vaccine would arrive in Canada by the end of this month. The Conservatives dismissed that announcement — but on Wednesday the vaccine was officially approved by regulators at Health Canada and officials released a plan that projects all Canadians will be vaccinated for COVID-19 by the end of next year.

When question period convened shortly thereafter, the Conservatives had no questions about vaccines. Such is the nature of Parliament — if it’s not an outrage, it’s not worth talking about.

It won’t all be error-free

As happy as the prime minister appeared on Wednesday, it still would be rather early to hang up the “mission accomplished” banner. If anything, the last two weeks were a demonstration of how fraught the issue of vaccines can become — and the coming year inevitably will see delays, complications and any number of hiccups.

The largest mass vaccination in this country’s recent history won’t go perfectly smoothly. The Liberals might have put some people at ease by laying out a basic schedule for vaccination, but now the government has to actually meet those targets.

But when a question about vaccines did finally come on Wednesday, it was the NDP’s Daniel Blaikie wondering whether Canada would support a proposal at the World Trade Organization to make it easier for other countries to access a vaccine. That question was an implicit reminder of how lucky Canadians are compared to a great many people around the world.

In a statement issued on Wednesday morning, the People’s Vaccine Alliance — a coalition of non-governmental organizations that includes Oxfam and Amnesty International — released a new statement warning that the world’s richest nations have snapped up a disproportionate share of the doses expected to be produced by the leading vaccine candidates. According to the alliance’s calculations, 67 lower-income countries may only be able to vaccinate 10 per cent of their population by the end of 2021.

Canada was singled out for having reserved five times as many doses as it has people to vaccinate.

This is not the first time Canada’s ample pre-order has been cited as a possible concern. And even while the debate in Ottawa has focused on how close to the front of the line Canadians might be, it’s been obvious that a significant number of people were going to end up behind us. Even if Canadians were somehow “behind” 2.7 billion people, that would still leave another five billion behind us.

“We’re pretty much going to be covered … And if it’s not now, it will be gradual. It will happen,” said Anne-Catherine Bajard, manager of policy and campaigns for Oxfam Canada.

“We do have to watch out for the rest of the world … even if it wasn’t about generosity or about thinking about our fellow brothers and sisters. Because there is no border for viruses.”

COVID-19 has ably demonstrated that fact.

Canada has contributed $440 million to COVAX, an international effort to ensure equitable access to vaccines across countries. If Canada ends up with more vaccine doses than it needs, the federal government inevitably will be pressured to share its windfall. Canadian officials can also use their voice, Bajard said, to promote the sort of collaboration and humanitarian efforts that would ensure vaccines reach all of the world’s 7.8 billion people.

While saying that the possibility of excess supply remains “hypothetical,” International Development Minister Karina Gould said in an interview Wednesday that the government is committed to making sure all countries get the vaccines they need.

“We recognize that we will not end the COVID-19 pandemic until we end it everywhere,” she said. “So we have absolutely been working hand in glove with our international partners to make sure that the developing world has access to a vaccine.”

Canadians, as individuals, will surely judge the federal government by how quickly they receive a vaccine. But Canada, as a country, might be judged how much its government contributes to ensuring a vaccine also gets to the rest of humanity.