More than 50 people from multiple government departments are voluntarily taking part in an external review of Rideau Hall’s workplace culture in the wake of claims that Gov. Gen. Julie Payette harassed employees and her second-in-command bullied staff, CBC News has learned.

Interviews are underway and the list of participants is continuing to grow beyond what the government anticipated, according to multiple sources. Some sources CBC News spoke to say they believe the number of participants is much higher than 50.

Sources also tell CBC News the atmosphere at Rideau Hall remains tense. Another five employees have gone on leave, given their final notice or departed altogether last month — some in response to what they see as a toxic workplace culture — say multiple public servants and former employees.

Instead of trying to make it work with public servants, sources claim Payette is building up a cabinet of staff from outside of the government hired to protect her personal interests.

While past governors general have hired “exempt” staff for their own personal initiatives, sources said that the people in Payette’s inner circle of staff are deeply involved in running the institution, reviewing the work of public servants and getting involved in the hiring process. 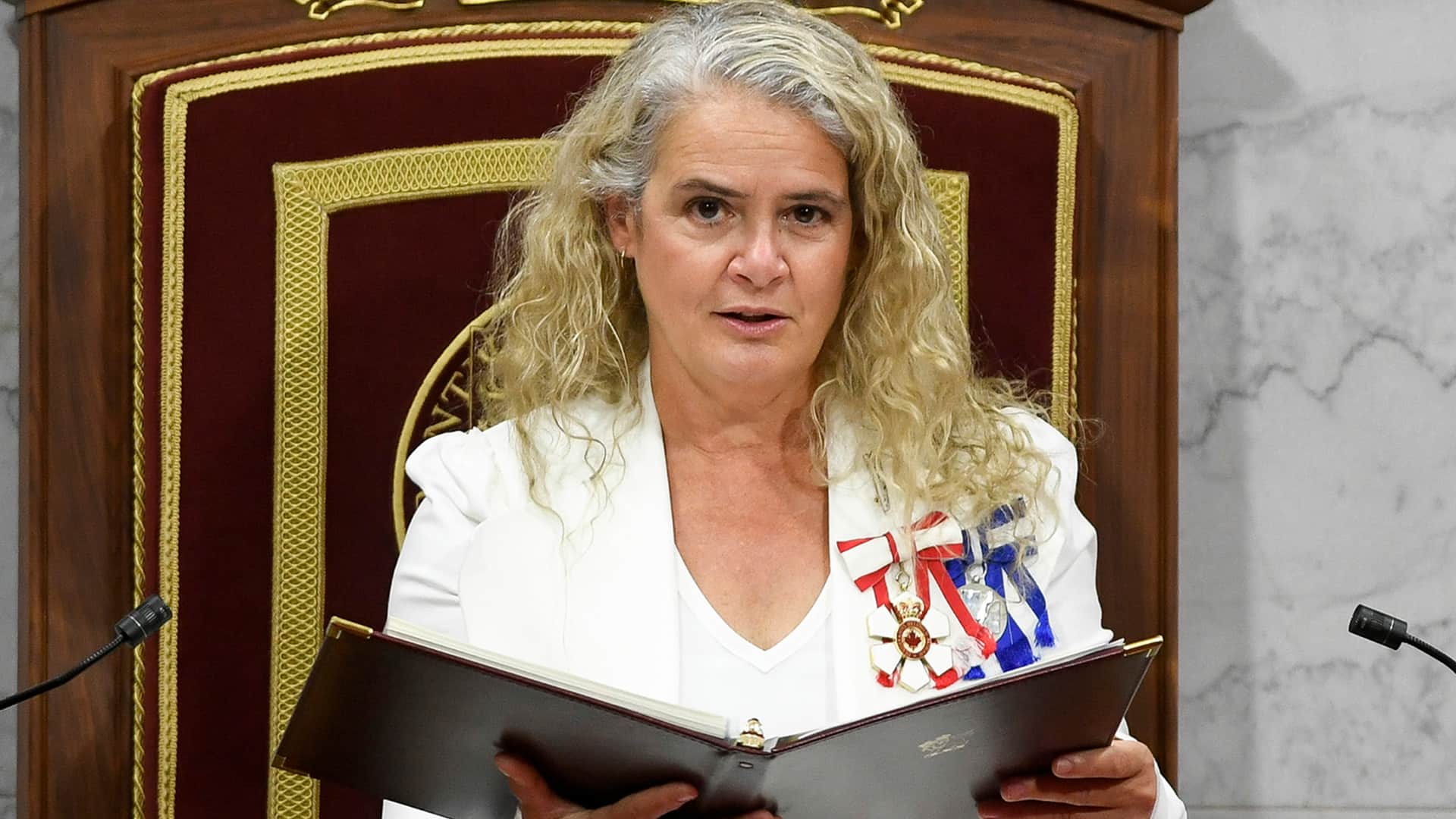 The atmosphere at Rideau Hall is tense as an investigation into allegations of workplace harassment continues with more than 50 people being interviewed. The investigation follows claims that Gov. Gen. Julie Payette harassed employees and her second-in-command bullied staff. 1:51

“To have exempt staff meddle in the day-to-day operations of the office of the Governor General should be of concern to all Canadians,” said Donald Savoie, the Canada Research Chair in Public Administration and Governance at the University of Moncton.

“There are rules that govern the work of public servants. Exempt staff don’t have to play by those rules.”

CBC News spoke to seven sources, including public servants and former Rideau Hall employees, who asked that their names remain confidential due to concerns about their livelihoods and potential repercussions from Rideau Hall.

The Governor General’s press secretary, Ashlee Smith, is an exempt staff member who responds to media requests, rather than the communications department’s public servants. Smith denies the claim that Payette’s cabinet is involved in the day-to-day operations of the department.

In a media statement, she said Payette has six exempt staffers and can hire up to 11 for a variety of functions.

“The cabinet is not involved in the day-to-day operations of the department,” Smith’s statement said. “Like Prime Ministers and Cabinet Ministers, Governors General have the legislative authority to create a cabinet of exempt staff to support the mandate in any capacity. Your information that this applies solely to special projects is factually incorrect.”

Smith also attributed staff recently departing from Rideau Hall to employees seeking “new opportunities and career growth” elsewhere in the public sector and the pandemic putting “a strain on the health and well-being of some.”

The Privy Council Office (PCO) triggered the workplace review in July after a CBC News story quoted a dozen unnamed public servants and former employees — who asked that their identities be kept confidential — claiming Payette has belittled, berated and publicly humiliated staff. Payette’s longtime friend and second-in-command Assunta Di Lorenzo is also accused of contributing to a toxic work environment and bullying staff.

“We take workplace issues very seriously, which is why Her Excellency welcomed the review and has repeatedly encouraged staff to participate,” said Smith, who called the allegations “unsubstantiated.”

Due to the number of participants taking part in the review, the Privy Council Office has limited the length of interviews to an hour, according to an email from Quintet Consulting to participants obtained by CBC News.

The interviews will run until at least the end of November, sources said. That means Quintet is unlikely to meet the PCO’s original deadline to hand over a final report by later this fall.

Along with current and former employees at Rideau Hall, public servants from several other government departments — including the PCO, Canadian Heritage, Global Affairs, the National Capital Commission, the RCMP and the Canadian Forces — are taking part in the review, sources said.

The PCO said it is possible to make changes to the terms of the review “based on the complexity” and whether more interviews are required, but it would not comment because the review is ongoing. Quintet would only say it’s continuing to work diligently.

Jennifer White conducts investigations into allegations of harassment and inappropriate behaviour at workplaces. She is not involved in Quintet Consulting’s review of Rideau Hall.

White said 50 participants out of roughly 150 Rideau Hall staff sounds like a large number, but it’s not likely all participants have legitimate complaints to share.

“Some of the people who came forward might in fact be supporters of the Governor General or want to give a different voice to what’s going on in the workplace.”

Multiple sources said that, since the review started, the Governor General’s closest staff members have been asking some employees if they support Payette.

A number of former employees told CBC News that, when Payette’s mandate began, she floated the idea of asking public servants to sign a letter pledging their loyalty. The document would have acted as an unofficial non-disclosure agreement, the sources said — but employees pushed back and argued it was not necessary since they signed an oath when they became public servants.

Some sources said an effort is underway to hire more Rideau Hall staff from outside of the government.

Savoie, a long-time expert on governance, said that would be a “puzzling” move. Exempt staff are hired to protect the personal interests of a prime minister or minister, rather than to look after the department.

Past governors general, including David Johnston, Michaëlle Jean and Adrienne Clarkson, have had exempt staff. But those employees were limited to working on initiatives that were of personal interest to the governor general of the day, said multiple former employees at Rideau Hall. These staff members can also act as advisers, they said.

Public servants’ core work is now being funnelled through this cabinet for vetting and review, said sources. Staff from outside the government also have been involved in the hiring process for public servants, in some cases sitting in during interviews, sources said.

Staff hired from outside government don’t have to follow the same codes of conduct or procurement, financial or human resources rules, he said.

Rideau Hall also hired former NDP national director Karl Bélanger and his firm, Traxxion Strategies, in August to provide strategic communications counsel and media relations support to Payette. Rideau Hall recently amended his contract so he can continue billing for work up to a maximum amount of $35,000, Belanger confirmed.

Sources claim hiring staff from outside the government is a way for Payette to have more control and move forward on projects when public servants don’t agree with them.

For example, close to $70,000 in public money was spent by Rideau Hall on a Canada Day video produced externally this year. The year prior, the video was assembled internally by staff.

Payette came up with the video’s concept herself, which involved flying to Humboldt, Saskatchewan to shoot a scene with the community, sources said. Payette came under fire in 2018 for not visiting the town quickly enough after a bus crash involving a junior hockey team killed 16 people, the Winnipeg Free Press reported.

Multiple sources said public servants pushed back this year, saying they didn’t feel it was a good idea to fly Payette and a crew across the country during a global pandemic. Rideau Hall consulted with local authorities to ensure they were able to gather in a hockey arena for the shoot, sources said.

Payette hired two exempt staff — a camera operator/editor and a director — to prepare the video.

The Department of National Defence confirmed the flights on a military aircraft cost approximately $44,000 in public funds and included extra stops to pick up and drop off Payette at her Quebec cottage, where she’s been staying during the pandemic.

Payette’s press secretary said the video was meant to highlight the resilience of the country, “which was exemplified by the final video which featured members of the Humboldt community who came together in overcoming horrific tragedy.”

“We took the time to visit Humbolt around the two-year anniversary of the crash to pay tribute to them when it was safe to do so and in conjunction with local health officials,” Smith said.

Smith said the department was unable to produce the video internally and spent $25,000 including to hire the musicians Payette sang with and the production team.

“Artists across Canada have been very negatively affected by the lockdown and the cancelation of cultural activities and we take pride in the fact that our office supports the arts through hiring artists and paying them their market value,” said Smith.

She said that, to keep costs down, Payette’s son helped her film the video in their kitchen using borrowed video equipment.

The roughly 5-minute video has received just over 7,000 views on YouTube to date.