A few dozen community members of the Potlotek First Nation gathered Wednesday in front of the Department of Fisheries and Oceans building in Lennox Passage, N.S., seeking the return of seized lobster traps.

In a statement, the Assembly of Nova Scotia Mi’kmaw Chiefs said DFO seized more than 200 legal traps from Mi’kmaw fishers.

Bernadette Marshall of the Potlotek First Nation said the group gathered at the DFO office not only to get their traps back, but to show the department what it did was wrong.

“It took us 21 years to wait for our government to develop a plan and they never did, so now it’s in our court and our fishermen from Potlotek are going to continue to fish,” said Marshall.

The group peacefully rallied while holding signs of support and waving Mi’kmaq flags. Some RCMP officers were on the scene watching, but no one from DFO responded to the gathering.

Marshall said the fishers do not want conflict, they only want their traps back.

“Return our traps, leave us alone, let us fish, and give us a chance,” said Marshall. “We’re only a percentage — a small percentage, if not a fraction of the percentage — of fishermen that are out there.”

He declined to say if any traps were seized, saying the department could not provide further details on an ongoing operational activity.

Mi’kmaw fishers were still operating out of the wharf at St. Peters canal while the rally went on Wednesday. The Assembly of Nova Scotia Mi’kmaw Chiefs set up an emergency command centre on site for anyone who wanted to support the fishers with new traps or funds.

‘Let’s put this to rest’

Chief Wilbert Marshall of the Potlotek First Nation said DFO explained the traps were seized because there were too many in the water. He said that was new information to the fishers, who are worried the situation could escalate.

“Our guys aren’t going to back down out there. I said to the guys, “Be careful and don’t do nothing irrational,'” he said. “The last thing we want to do is get hurt or even charged.”

Chief Terry Paul of the Membertou First Nation, co-chair and fishing lead with the Assembly of Nova Scotia Mi’kmaw Chiefs, issued a statement Monday that called on DFO to stop the seizure of authorized fishing gear and the harassment of authorized fishers.

Chief Marshall said fishers from his community have received threats, including being told their boats are going to be burned or their traps will be cut. He said he is disappointed that Mi’kmaw fishers are being harassed.

“Let’s put this to rest. Let’s fix this,” he said. “We’re not going to stop fishing. We’re going to keep fishing and there’s no doubt there.”

WATCH | Sproul speaks before the Fisheries and Oceans Committee: 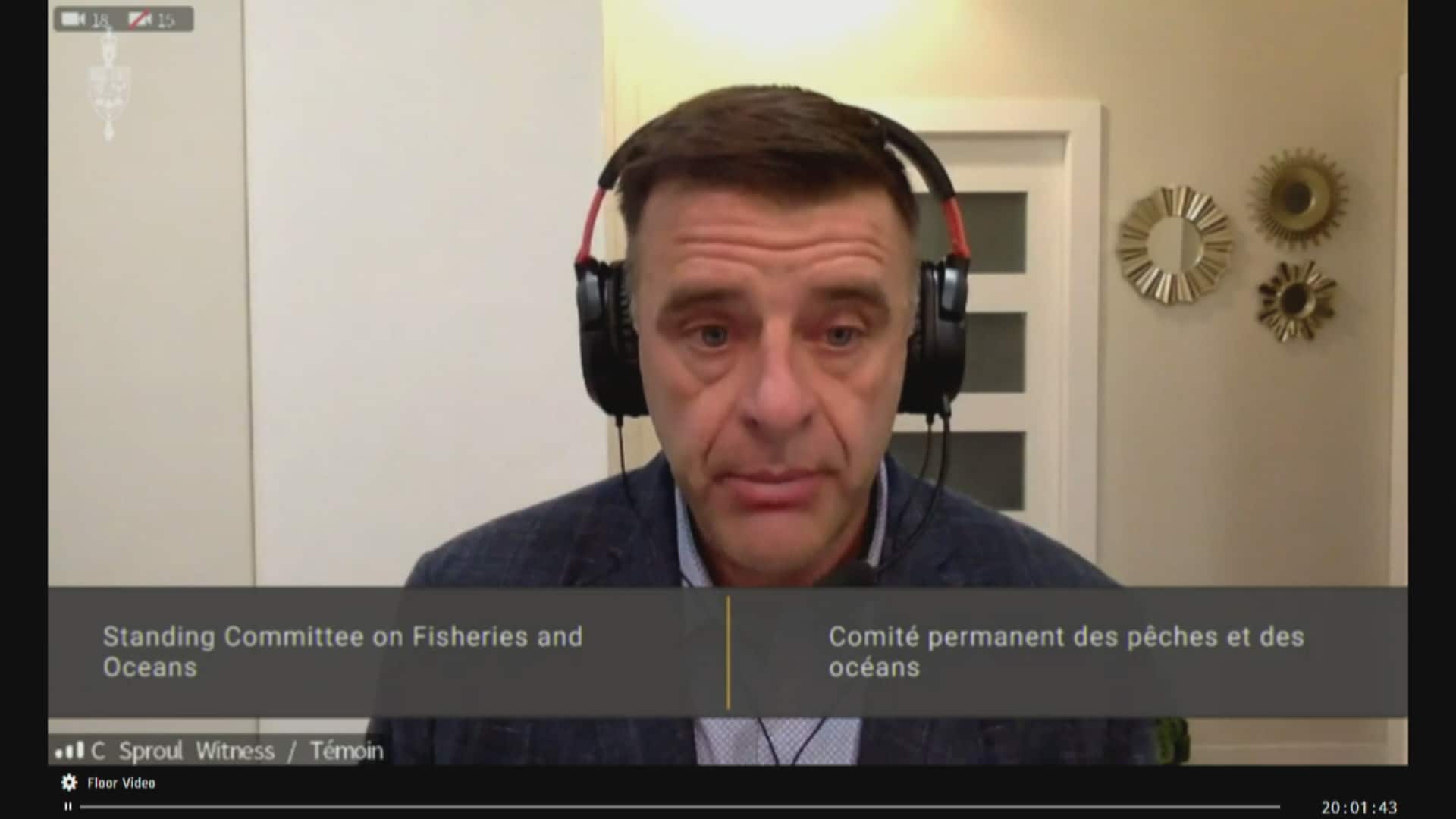 Head of Bay of Fundy Inshore Fishermen’s Association speaks at a parliamentary committee as the fisheries dispute in Nova Scotia continues 5:39

Colin Sproul, president of the Bay of Fundy Inshore Fishermen’s Association, which represents 200 fishing family businesses along Nova Scotia’s Fundy coast, told a parliamentary committee Wednesday evening that the politicization of how the fishery is managed is to blame for the current crisis.

“The problems in St. Mary’s Bay have been caused in Ottawa, not in our fishing communities of Nova Scotia,” Sproul said.

The association, he said, “respects Indigenous fishery access rights and we condemn explicitly all acts of violence in the fishery.”

Sproul told MPs on the Fisheries and Oceans Committee that in his youth he watched as stocks collapsed when fisheries were managed by political objectives rather than being guided by principles of conservation and science.

“What this evidence is, is how important it is for all people who participate in commercial fisheries to operate under one set of rules,” he said.