Anand said she was told last night that Pfizer will send fewer doses than expected because it is pausing some production lines at its facility in Puurs, Belgium, in order to expand long-term manufacturing capacity.

“This expansion work means that Pfizer is temporarily reducing deliveries to all countries receiving vaccines manufactured at its European facility, and that includes Canada,” Anand told reporters at a public health briefing.

“Pfizer believes that by the end of March it will be able to catch up, such that we will be on track for the total committed doses for Q1,” she added, referring to the first quarter of the calendar year.

Anand stressed that this is a “temporary reduction” and not a “stoppage,” as some doses will still be shipped to Canada when some of Pfizer’s manufacturing lines are idle.

“It’s going to be temporary, it’s not a loss, and we will make up those doses,” she said, adding deliveries will be disrupted for “two or three weeks.” 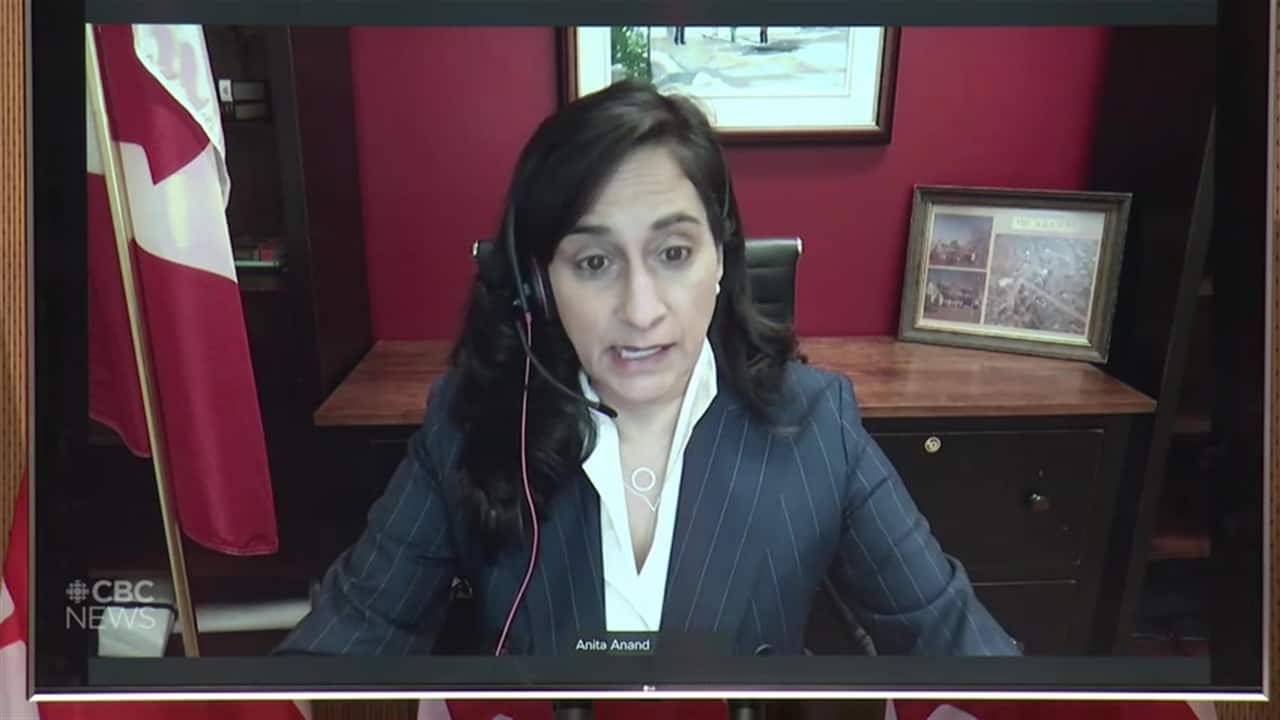 Federal Procurement Minister Anita Anand made the announcement to reporters in Ottawa on Friday. 2:38

A spokesperson for Pfizer Canada said the delay will allow the company to significantly scale up its manufacturing operations and pump out up to 2 billion vaccine doses this year — up from the previous target of 1.3 billion.

The company said there will be “fluctuations in orders and shipping schedules” as it works to increase production volumes.

“As part of the normal productivity improvements to increase capacity, we must make modifications to the process and facility. Although this will temporarily impact shipments in late January and February, it will provide a significant increase in doses available for patients in late February and March,” the spokesperson said.

Maj.-Gen. Dany Fortin, the military commander leading vaccine logistics for the federal government, said Thursday that Canada was expecting deliveries of 208,000 doses of the Pfizer product each week for the rest of January. He also projected that 1.4 million doses would be delivered in February.

Anand said those delivery numbers will change as a result of this manufacturing hiccup, but she couldn’t say by how much.

“I am aware this morning that Pfizer is speaking with the Public Health Agency of Canada to provide further information related to the numbers so planning can take place,” she said.

Other countries supplied by Pfizer’s European facility provided some rough estimates Friday of how deliveries will be affected as Pfizer retools.

The Norwegian Institute of Public Health said it expects deliveries to be reduced by as much as 20 per cent over the coming weeks. Lithuania said it was told its supplies would be halved until mid-February.

Anand said the federal government still expects to receive roughly four million doses of the Pfizer product in the first three months of this year. Moderna is expected to deliver another two million doses of its vaccine.

Pfizer also has a plant in Kalamazoo, Mich., but all of Canada’s doses are being shipped from the company’s European operation.

‘Bumps along the way’

Prime Minister Justin Trudeau sought to assure Canadians today that the “temporary” delays won’t derail the government’s long-term goal of getting everyone who wants a shot vaccinated by the end of September.

He also said he doesn’t expect the manufacturing pause to “change our second quarter goals. Canada must still get ready for the ‘ramp up’ phase in Q2.”

Fortin has said the country is expecting delivery of about one million vaccine shots each week starting in April.

In the spring, Canada will shift from phase one of the vaccine rollout — immunizing particularly vulnerable people, such as long-term care home residents, some Indigenous adults and health care providers — to wider distribution among the general population.

Trudeau said the government always anticipated some “bumps along the way,” given the unprecedented global demand for vaccines.

“This kind of issue is out of our hands and that’s why we pursued an aggressive procurement strategy in the first place,” Trudeau said, adding Canada is not entirely dependent on Pfizer for shots.

Other promising vaccine candidates, such as those from AstraZeneca and Johnson & Johnson’s pharmaceutical division, Janssen, are currently being reviewed by regulators at Health Canada.