It has taken more than a year, but injury claims filed by a handful of former language and culture advisers who served side-by-side with Canadian troops in Afghanistan are finally going before Ontario’s workplace injury commission for adjudication.

The advisers carried out some of the most dirty and dangerous assignments of the war, including gathering intelligence on the Taliban, warning of attacks and eavesdropping on insurgent communications.

All of them are Canadian citizens — recent Afghan immigrants who were recruited directly by the Department of National Defence at the start of the combat mission in Kandahar.

They were civilians, not soldiers, and therefore were not entitled to veterans benefits — even though many of them saw more combat over multiple tours than the soldiers themselves.

Many of them returned home suffering from post-traumatic stress disorder and unable to access federal benefits.

The Department of National Defence (DND) told the advisers to take their claims to the Ontario Workplace Safety and Insurance Board (WSIB) — which has no experience with evaluating claims based on service in a war zone. Many of the advisers saw their claims delayed or rejected.

“This has not been a traditional claims process,” said Joshua Juneau, an Ottawa lawyer who worked with 20 former advisers to help prepare their claims.

“Some of these gentlemen were injured more than a decade ago and having to link their injuries to their workplace was a challenge.”

CBC News profiled several of the advisers during last year’s Remembrance Day commemorations, showing how the roughly 65 volunteers had been largely forgotten and cast aside by DND.

At least one of the cases was investigated by Canadian Forces ombudsman Gregory Lick, who acknowledged the department had “failed” them.

In order to satisfy the WSIB, Juneau said he and his clients had to carefully draft a five-page narrative summary of the advisers’ experiences to present to the board — one that wouldn’t violate the military blackout on mission details.

Bashir Jamalzadah, one of the former advisers, said he’s satisfied to see the claims finally being considered and remains optimistic they’ll be approved.

But his relief is tempered by a lingering sense that he and his fellow volunteers were cut loose by the military they risked their lives to serve.

“If every soldier is recognized as a veteran, why not us?” said Jamalzadah. “We were in combat situations, not just doing office work.

“After working days and days and months and years in a war zone, to come back to Canada and [be] abandoned … unbelievable. Especially with the last four years with a minister of defence who had been in the same situation … [he] was in that war zone for two [rotations] together with us.”

Defence Minister Harjit Sajjan, a retired lieutenant-colonel in the reserves, served as an intelligence liaison officer in Afghanistan.

Beyond their fight to obtain the same benefits as soldiers, Jamalzadah said, the advisers want formal recognition of their contribution to the Afghan war.

“As a group who joined, who served with the military in war zone for the longest period of time, we should be recognized,” he said. 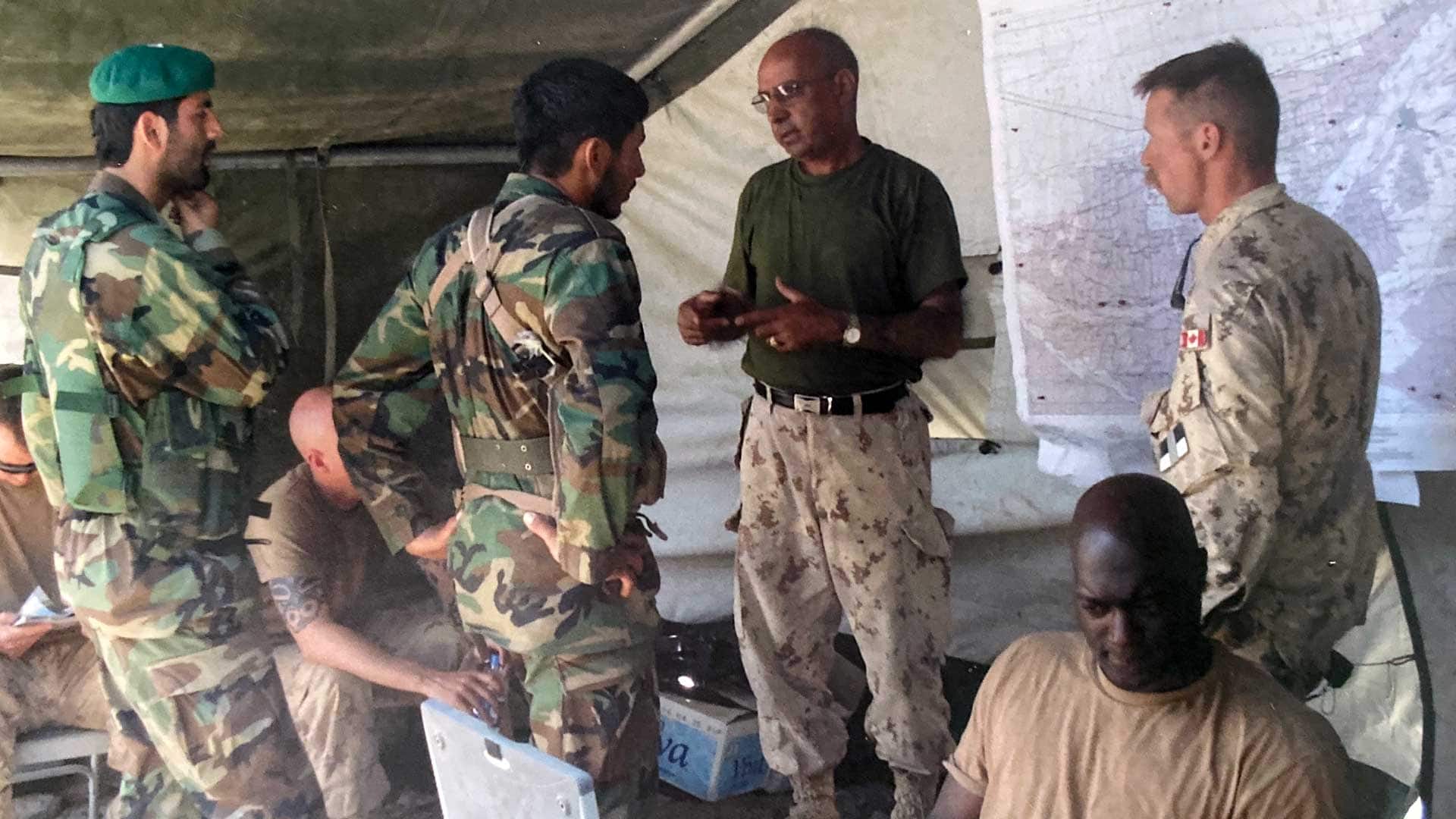 The Afghan-Canadians who served as civilian advisers for the Canadian Forces in Afghanistan, helping in some of the most dangerous missions, say they came home to little or no support from the government. 3:35

The summary presented to the WSIB sheds new light on the dangers the advisers faced.

It details how, at some unknown point during the war, the Taliban obtained the cellphone numbers of some of the advisers and threatened them and their families directly.

Some of the advisers were ordered to view and translate insurgent propaganda videos which “were gruesome, graphic and disturbing and may include footage of mass beheadings, murders, torture of innocent Afghan civilians, child pornography, animal cruelty, or other forms of violence and abuse.”

The summary also describes how advisers working on the Canadian military training mission in Kabul between 2011 and 2014 faced a specific threat from Taliban infiltration among Afghan National Army recruits. During that time, a number of American troops were shot and killed by newly trained Afghan soldiers.

The advisers would work on the shooting range with other allied forces. “The long, difficult hours were stressful because the area was not safe due to the presence of Taliban operatives and uncertainty of who could be trusted within the ANA,” said the summary.

“This wasn’t new information to DND, obviously,” said Juneau. “But in order for WSIB to properly consider these claims, I think they have to be sensitive to the fact these gentlemen were outside the wire on an almost daily basis … It was a dangerous situation.”

It could take up to a year for the WSIB to consider and process their claims, Juneau said, adding that there’s no guarantee that all 20 cases will be accepted.

DND has repeatedly defended its approach to the advisers’ claims, saying that under federal legislation, all injured federal employees — regardless of whether they served in war zones — are sent to the Ontario workplace safety board.

The department has been slow to respond to the question of how to deal with advisers who were injured overseas.

Before the beginning of major combat operations in 2005, defence officials considered implementing a policy to limit the duration and scope of civilian deployments.

The idea was shelved until 2007, when a temporary directive was drafted. But the military ombudsman’s investigation found that order was not implemented until November 2011.

By that point, it was almost too late. Combat operations had ended four months before the implementation.

Caring for the advisers, the ombudsman concluded last year, was “a moral obligation.”