In an interview with CBC Radio’s The Current, the former U.S. president cast the Trump era as an amendable aberration in cross-border relations.

“What we’ve seen over the last few years is anomalous,” Obama told The Current’s Matt Galloway.

“I’ll be honest with you: On my scale of worries, in the aftermath of the Trump administration, the relationship between the United States and Canada is not at the top of the list. I think that is one that actually can be mended relatively quickly.

“I think we’ve got some bigger problems, in terms of managing America’s role internationally.”

In a wide-ranging interview following the release of A Promised Land, the first in his two-volume presidential memoirs, Obama mentioned the U.S. management of the pandemic as one example of the longer-term damage to his country’s reputation.

Trump has withdrawn from the World Health Organization, the global climate accord and the Iran nuclear deal; threatened NATO; hobbled the World Trade Organization; and used tariffs on allies in novel ways.

Trump’s argument has been that these institutions deserved to be rattled. For example, under his pressure, NATO allies are now spending more on defence. And there’s a new North American trade deal, put together in response to Trump’s threats to cancel NAFTA.

International views of the United States, however, have nosedived following years of policy clashes with allies and personal insults of foreign leaders on Twitter and on TV.

Obama referred to his own dealings with two very different prime ministers as an example of how Canada-U.S. relations normally operate: cordially, with civil disagreements.

“When I came into office, Stephen Harper was the Canadian prime minister, and Stephen and I had not much in common in terms of our political orientation, our political views,” Obama said.

“And yet, we had a very cordial and co-operative relationship. There were big differences. There were times where we had tensions. But overall, there was a recognition that our countries are linked and bonded and that we share some basic assumptions about the world.”

No choice but to get along

The carried through to the current prime minister, he said.

“Conversely, Justin Trudeau who politically is much more aligned with me on most matters, we had our share of tensions around timber and tariff issues. But those are the natural frictions that are going to exist among any allies,” Obama said.

Fundamentally, he said, the bilateral relationship is anchored in too many mutual connections for the countries to stray far apart.

“We’re each other’s biggest trading partners. We have to get along in order for our economies to function. Not to mention the fact that the people-to-people relations between our two countries are as close as any two countries on Earth.”

He alluded to his own Canadian brother-in-law, and joked about friends whom he only discovers years later aren’t actually American.

“[They’re] Canadian all along and nobody told me. …. You guys are sneaking around, hidden, among us.”

WATCH | Obama on why he’s confident U.S.-Canada relations will improve under Biden: 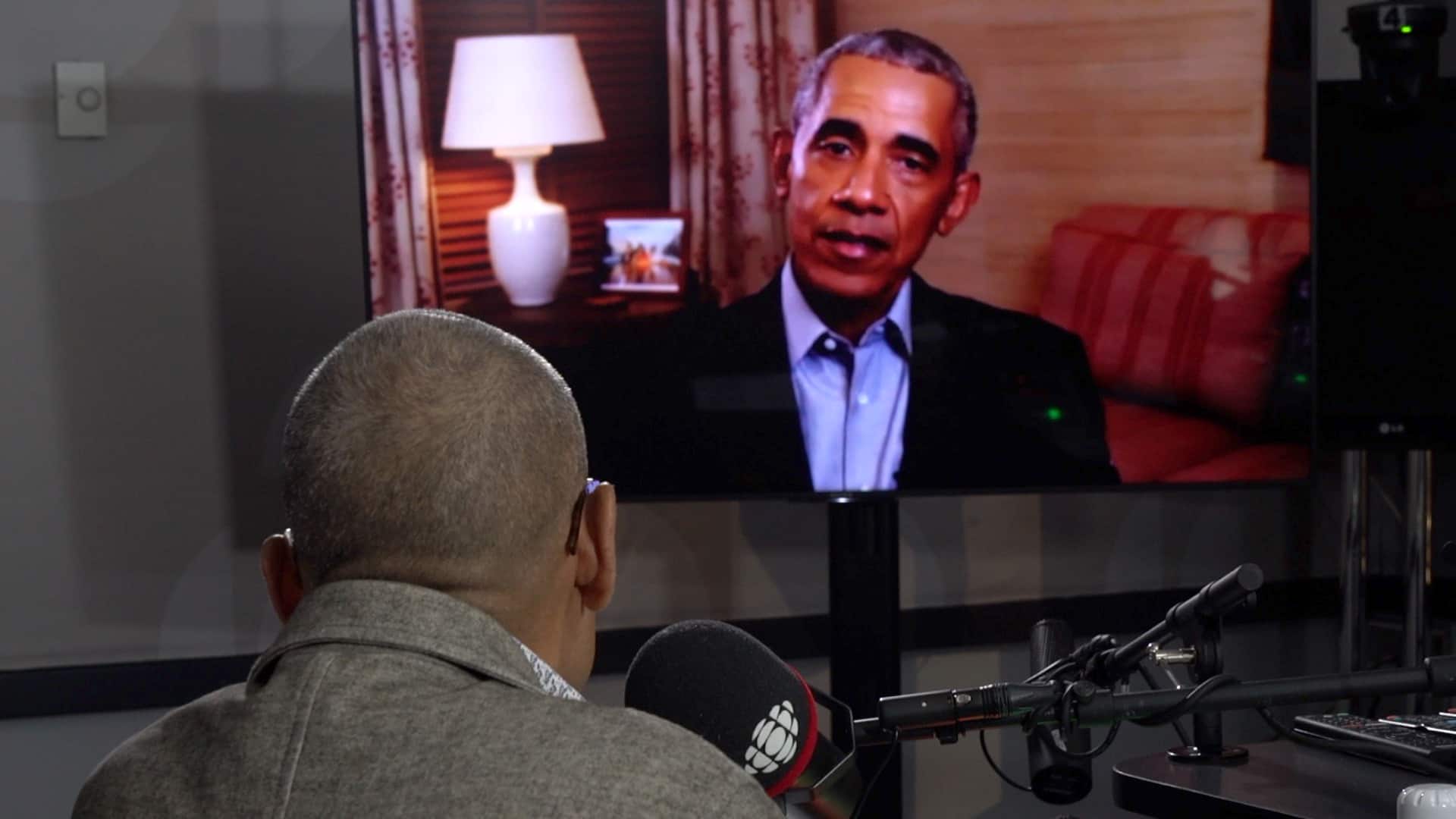 After four years of a Trump presidency, the U.S. has problems to solve on the world stage, including its relationship with Canada, former U.S. president Barack Obama said in an interview with CBC’s The Current. 3:41

A president for the media age

The first volume of Obama’s presidential memoir concludes with a fateful few days in May 2011, toward the end of his first term.

He describes meeting with the special-operations soldiers involved in the raid that killed Osama bin Laden. As that operation was secretly unfolding, Obama attended the annual White House Correspondents’ Dinner — where he ridiculed Trump, who was sitting in the audience.

That passage describes Trump as a human spectacle and calls that a form of power in an entertainment-obsessed modern media environment.

Obama writes that the same reporters laughing at Trump at that dinner would keep giving him airtime and that far from ostracizing Trump for peddling nutty conspiracy theories about Obama’s birthplace, the New York celebrity was more powerful than ever.

WATCH | What it took to get Michelle Obama to back her husband’s bid for the presidency: 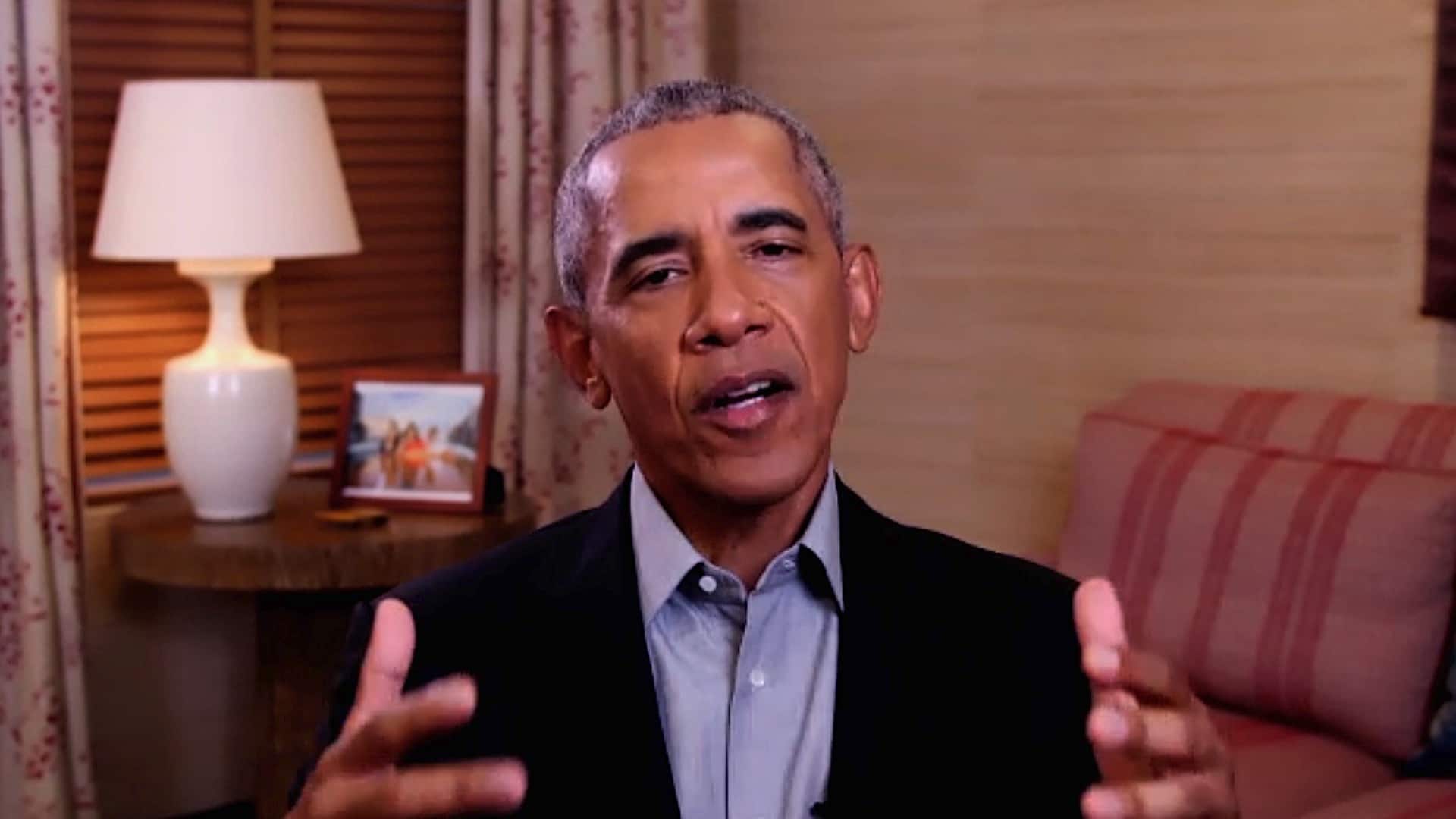 Former U.S. president Barack Obama says he ran for president in part to inspire ‘kids who don’t feel like they’re on the inside’ of the political process but that it took some convincing to get his wife, Michelle, on board. 3:04

In his CBC interview, Galloway asked whether the former president personally considers Trump a racist. Obama offered a two-part answer.

On the one hand, Obama said, he can’t say what Trump truly believes in his heart. On the other hand, it doesn’t really matter.

He accused Trump of exploiting racism for his political benefit — and he said it amounts to the same thing. Obama said there was clearly a market for nativism in the Republican Party that predated Trump, and Trump tapped into it.

He identified Sarah Palin as an originator of this new wave of politician who pulled into the mainstream the idea that some Americans were more real than others: “And somehow the fake Americans tend to look like me,” Obama said. 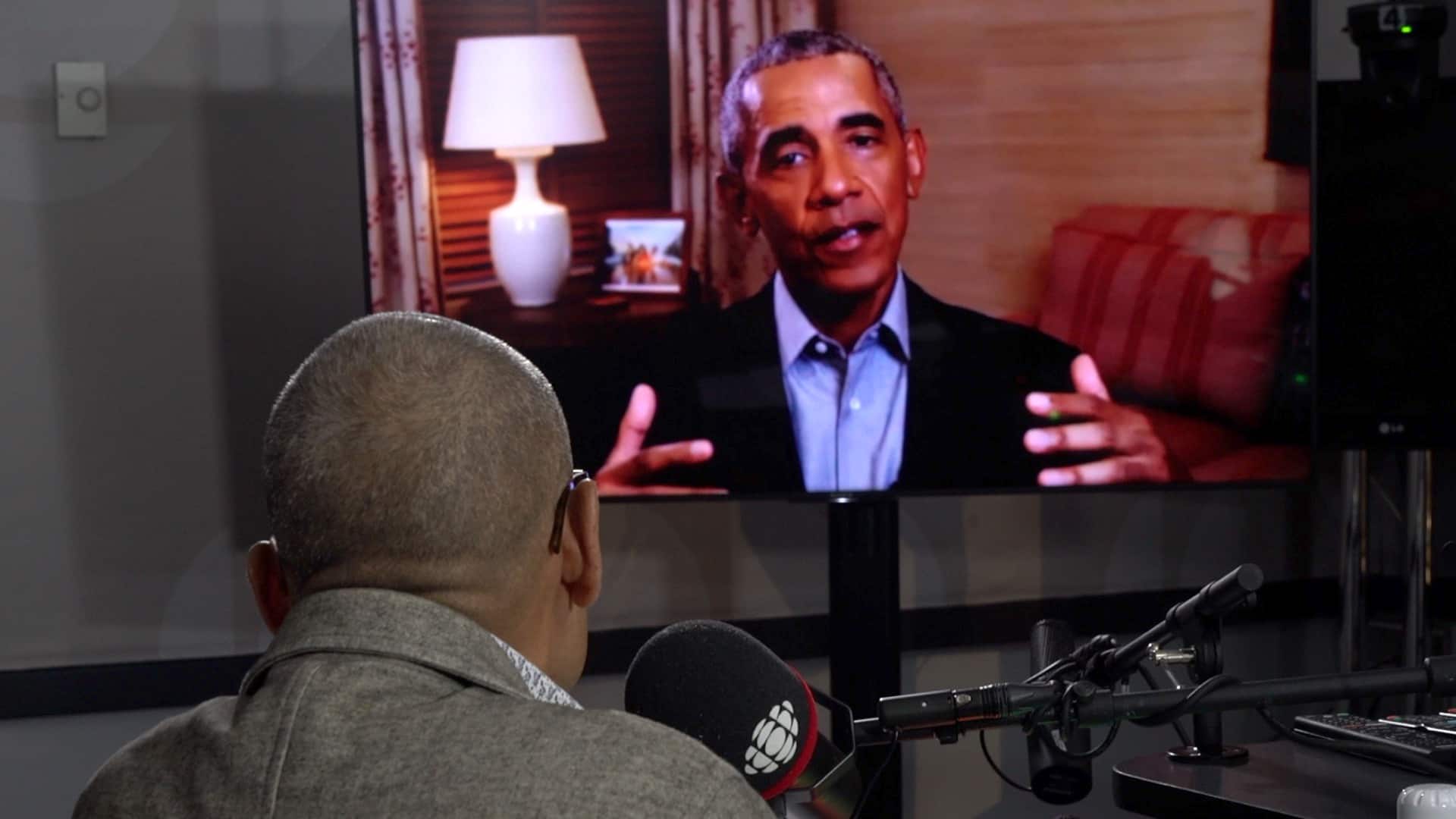 Former U.S. president Barack Obama said in an interview with CBC’s The Current that while he can’t say whether or not Donald Trump is a racist at heart, the current president fans racist sentiments and is ‘cynically riding that wave to achieve his ends.” 4:43

Obama was asked what it says that the incumbent president got more than 73 million votes in this past election.

He replied that the U.S. is deeply polarized, as are other countries, and said a series of factors are stoking tribal impulses in politics: globalization, cities faring better than rural areas in the modern economy, and a splintered media ecosystem that enables people to live in their own separate news universes.

But Obama added one more observation about the election: that someone else got millions more votes than Trump.

That someone is Obama’s former vice-president, Joe Biden — whom A Promised Land extols as a kind, affable, smart man who sometimes talks too much.

“It’s important to remember that 80 million people rejected an incumbent president,” Obama told the CBC. “That’s not something that typically happens. It’s only happened a handful of times in modern times in the United States.”

WATCH | Mending divisions will be job one for new U.S. president: Obama:

Former U.S. president Barack Obama said in an interview with The Current that for president-elect Joe Biden’s first job will be to heal the deep divisions in the country, which run deeper than just the recent election. 3:45