Canada’s vaccination campaign is facing yet another hurdle in the race to inoculate people against the deadly novel coronavirus with the announcement today that Moderna will delay some shipments of its product next month.

The Massachusetts-based company was set to send some 230,400 shots to Canada next week, with 249,600 shots to follow three weeks later, but those forecasts have now been up-ended, a testament to just how uncertain the government’s vaccine projections have become.

Moderna is expected to ship between 20-25 per cent less product to Canada in February than originally planned, much like the delays that France and Italy also reported today after conversations with the drugmaker. Next week’s shipment has been revised down to 180,000 doses.

The delays mean tens of thousands of doses will be punted to a later date as COVID-19 related deaths in Canada near the 20,000 mark.

“We will always share the most accurate information we have, but in the short-term those numbers can fluctuate. But as global production continues to pick up, there will be more stability in the system,” Prime Minister Justin Trudeau told reporters Friday.

Trudeau said the Moderna disruptions are tied to “certain concerns around the manufacturing process.”

“This temporary delay doesn’t change the fact that we will still receive two million doses of the Moderna vaccine before the end of March, as we’ve been saying for months,” he said. “We know that this is something that we’re going to have to keep watching very, very closely.” 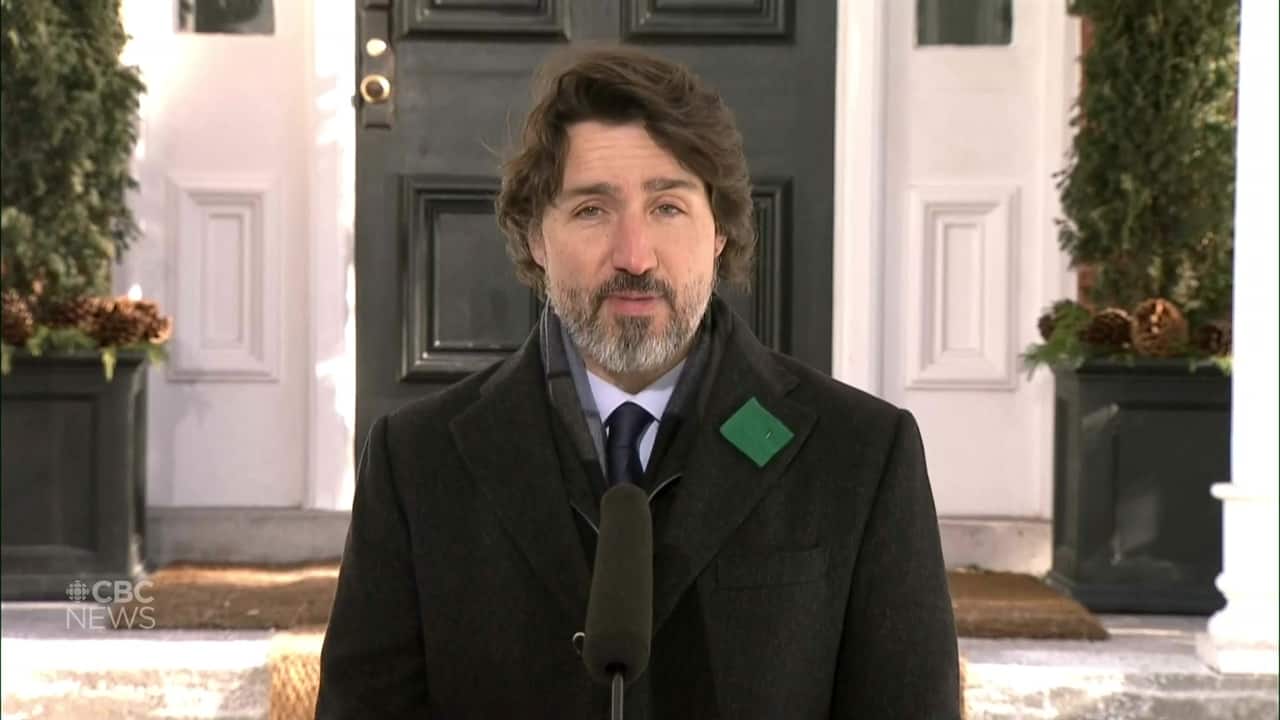 This is the second time in less than a month that Canada has had to contend with delivery delays from a pharmaceutical company.

Pfizer is shipping roughly 80 per cent fewer shots than it initially promised over the next four weeks as it grapples with the fallout from upgrades to its manufacturing plant in Puurs, Belgium.

Despite Trudeau’s assurances, the delays mean that Canada will struggle to meet its target of six million Pfizer-BioNTech and Moderna shots delivered by the end of March, a rosy forecast that was already in doubt because of the Pfizer supply issues.

To meet that target, more than 3.5 million doses of the two products will have to be delivered in the month of March alone — or roughly 885,000 doses a week.

Pfizer may send some doses ahead of schedule

Trudeau also said Friday he had another “very positive” and “encouraging” call with Dr. Albert Bourla, the CEO of Pfizer, and the two discussed “Canada receiving more doses ahead of schedule starting in the spring.”

“We’ll have more details to share on that next week,” Trudeau said of the possibility of more Pfizer doses arriving in the second quarter of this year. He said Pfizer may be able to move up the delivery of some doses that were earmarked for later in the year.

“Production lines around the globe are adapting to high demand from every country,” Trudeau said.

Pfizer is grappling with unprecedented global demand for its vaccine as the world scrambles to inoculate people.

The upgrades at the Belgian facility will give the company the capacity to pump out up to two billion shots this year — up from its initial projection of 1.3 billion doses in 2021.