Alberta Premier Jason Kenney is repeating his calls for economic retaliation for the cancellation of the Keystone XL pipeline, or at least some compensation for TC Energy and the province for the loss of billions of dollars.

In a letter to the Prime Minister, Kenney accuses Justin Trudeau of failing to advocate for the project.

“By retroactively revoking the presidential permit for this project without taking the time to discuss it with their longest standing ally, the United States is setting a deeply disturbing precedent for any future projects and collaboration between our two nations,” the letter reads.

“The fact that it was a campaign promise makes it no less offensive. Our country has never surrendered our vital economic interests because a foreign government campaigned against them.”

WATCH | Kenney discusses his call for reprisals over Keystone cancellation:

Repeating calls he made in the immediate wake of the announcement, Kenney urged Justin Trudeau to seek “proportional economic consequences” for the decision.

“At the very least, I call upon the government of Canada to press the U.S. Administration to compensate TC Energy and the Government of Alberta for billions of dollars of costs incurred in the construction of Keystone XL to date.”

Kenney said the cancellation is a clear violation of the investor-protection provisions of the Canada-U.S.-Mexico Trade Agreement.

Trudeau’s government has repeatedly said that it supports the project and has made that clear to the new U.S. administration, but both the Prime Minister and Canada’s ambassador to the U.S. have said it is time to respect the decision and move on. 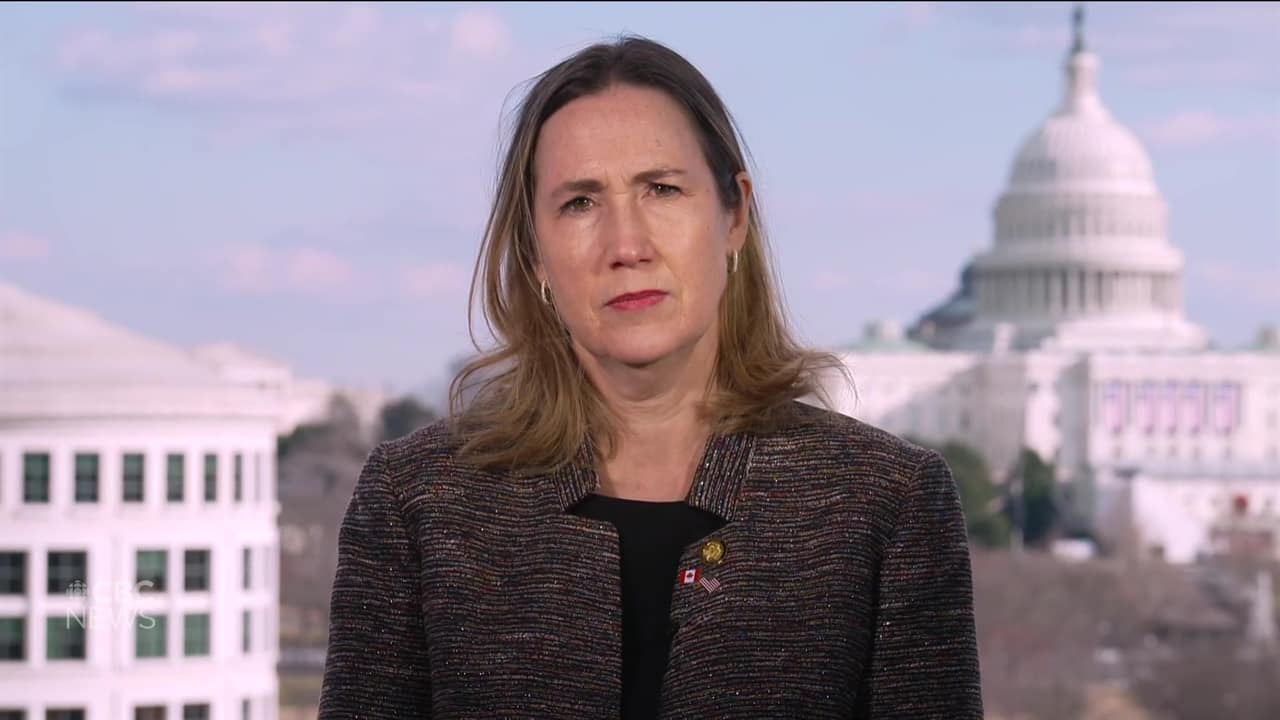 Canada’s Ambassador to the United States Kirsten Hillman tells the CBC’s Adrienne Arsenault that she “respects” but is “disappointed” by U.S. President Joe Biden’s decision to cancel the Keystone XL pipeline permit. 0:47

The letter comes one day after a First Ministers meeting where Ontario’s Doug Ford, Saskatchewan’s Scott Moe and Quebec’s François Legault all pushed the prime minister to take action.

The details of that meeting were first reported by Global News and confirmed by CBC News.

Those premiers expressed concerns that the decision and Canada’s response, could set a dangerous precedent as the U.S. examines Buy American protectionist policies as part of a pandemic rebound strategy.

Line 5 is part of Enbridge’s Lakehead network, which carries oil and liquids used in propane from western Canada to refineries in the U.S. and Ontario.

The 1,897-kilometre Keystone XL pipeline, first announced in 2005, would have carried 830,000 barrels of crude a day from the oilsands in Alberta to Nebraska. It would then have connected with the original Keystone pipeline that runs to U.S. Gulf Coast refineries.

U.S. President Joe Biden’s revoking of the permit was part of a series of executive orders aimed at tackling climate change that also included re-entering the Paris climate accord.

The Alberta government agreed last year to invest about $1.5 billion as equity in the project, plus billions more in loan guarantees.

As a result, the Canadian leg of the project has been under construction for several months with about 1,000 workers in southeast Alberta.

On Thursday, TC Energy said it would be laying off those 1,000 workers.