“I very much understand and I’m very sympathetic to the view that, with the virus raging around the world, we need to be sure our borders are really, really secure,” Freeland said in an interview on CBC’s Power and Politics.

“And that’s something that we’re working on really urgently now.”

Freeland hinted during an earlier press conference that one of the options on the table is mandatory hotel quarantines for air travellers who return from non-essential trips abroad.

“We are considering the issue very, very seriously,” Freeland said in French in response to a question about a quarantine rule.

The federal government currently requires all incoming travellers aged five and over to present a negative COVID-19 test result from a test taken less than 72 hours before boarding.

They must also quarantine for 14 days upon arrival (unless they are exempt because they are an essential worker) but can do so at their own homes. The mandatory quarantine is enforced by public health officers, who make thousands of calls per day to verify compliance, the government said in a news release last month.

International travellers who are not Canadian citizens or permanent residents are currently banned from entering Canada, although there is a long list of exemptions that include essential workers, seasonal workers, caregivers and international students.

Federal figures suggest that between two and five per cent of COVID-19 cases in Canada are linked to travel, but there is still virtually no testing at the border and many recent cases do not have an identified source.

Ontario Premier Doug Ford said he is urging Trudeau to deny entry to Canada to anyone who is not a Canadian resident or citizen.

“There’s no reason we need people coming in,” Ford told a press conference on Monday.

“Every time I look up at the sky I’m thinking, ‘How many cases are coming in?’ This has to stop.”

Ford also called for mandatory testing for all travellers arriving by land and air.

A total of 143 international flights and 63 domestic flights with confirmed COVID-19 cases have touched down in Canada in the past two weeks, according to figures from the Public Health Agency of Canada.

“We’ve seen the use of quarantines — very firm and strict quarantines for travellers — work very effectively in other jurisdictions,” said Singh. “I’m open to similar measures, enforcing a strict quarantine of 14 days, making sure that it happens in a hotel or another facility similarly. But it’s firm and it’s required and it’s monitored.”

A number of countries that have been successful at minimizing community spread of COVID-19 — including South Korea, Taiwan, Australia and New Zealand — have stricter quarantine regimes than Canada.

In New Zealand, which had just 64 active COVID-19 cases as of Monday, passengers head straight to a “managed isolation facility” — a hotel — if they have no symptoms, or to a “quarantine facility” if they do.

In South Korea, new arrivals must self-isolate for two weeks at a government-designated facility at their own expense. They can choose to quarantine at home but must download a tracking app to ensure compliance.

Karen Grépin, associate professor at Hong Kong University’s school of public health, said in an interview on CBC’s News Network that two-week hotel-based quarantines can serve to reduce the amount of non-essential travel by providing a disincentive for people thinking about travelling for leisure.

“I like them because it means people can still come and go if you need to, ” said Grépin, who has studied travel restrictions around the world during the pandemic. “I like it because you don’t have to predict where the risk is coming from because it applies evenly to everyone.”

Grépin said it’s too late for Canada to prevent the introduction of new coronavirus variants — including one first identified in South Africa and another that emerged in the U.K. — but it could reduce the number of cases of those variants. 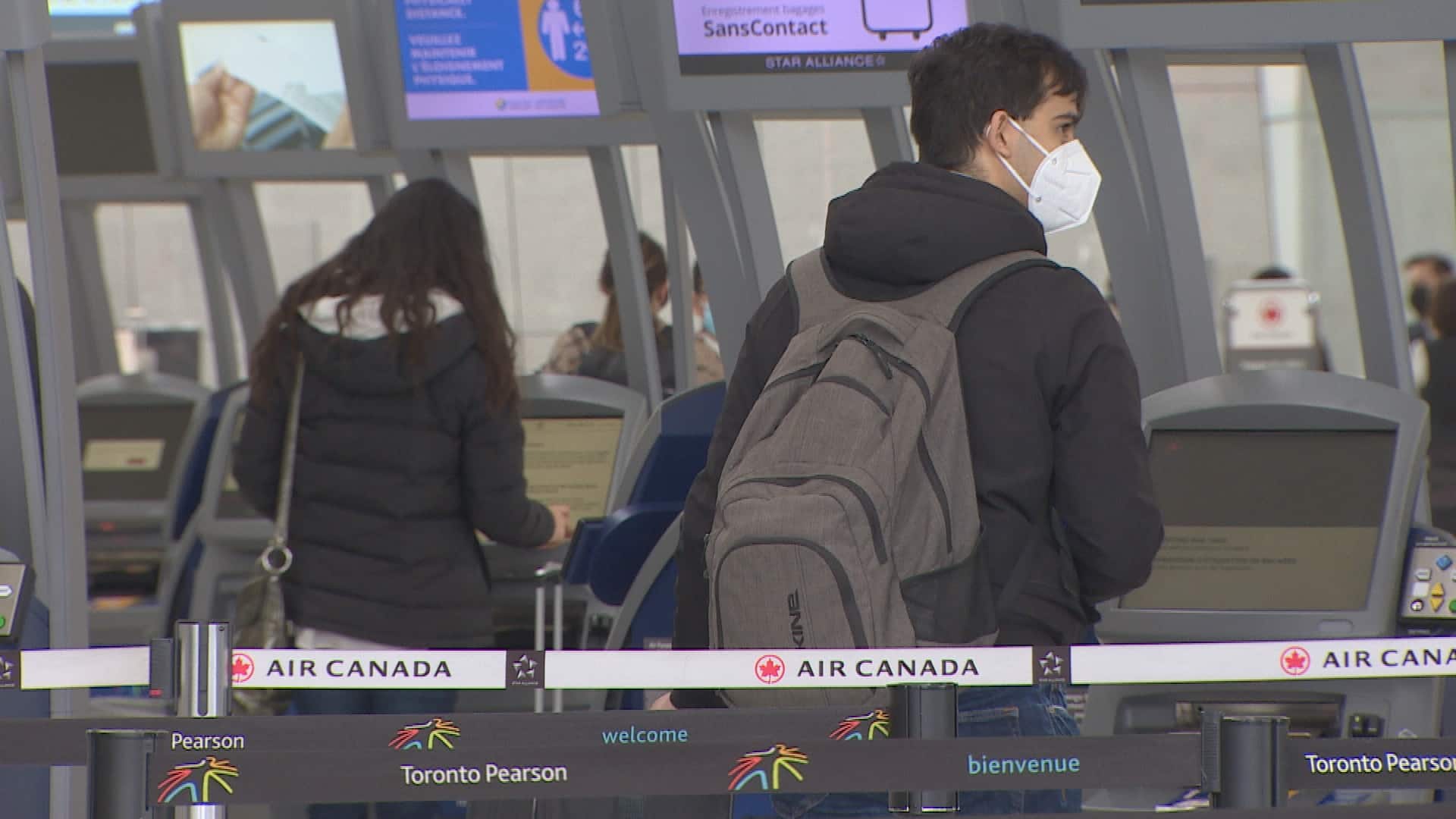 Prof. Karen Grépin says countries most successful in the fight against COVID-19 have adopted a two-week quarantine for all travellers. 4:09

Conservative Leader Erin O’Toole said he wants the federal government to consult opposition parties before additional measures are brought in. He accused the Liberal government of being too slow to limit travel at the beginning of the pandemic.

The federal government has not consulted with the airline industry about more stringent measures, said Mike McNaney, head of the National Airlines Council of Canada.