This week was the first time Tom Simons had travelled to the U.S. in eight months because of the pandemic, and he just happened to be in Texas on election day.

Simons is the chief executive of CES Energy Solutions, which is based in Calgary but has most of its operations in the U.S.

He said that while meeting with staff, he was struck by the way some colleagues said they had filled out their election ballots. People may see the oilpatch as staunchly Republican, he said, but some of his employees said they just couldn’t cast a ballot for the incumbent, U.S. President Donald Trump, who they felt was often embarrassing the nation.

“They’ve had enough of Trump offending [their] love of country,” he said. “So they voted Republican all the way on the ballot and then they didn’t vote on the president.”

Simons himself may not want Democrat Joe Biden in the White House based on some of his campaign promises, but he’s keenly aware that the energy sector has more pressing problems than politics.

Oil prices hit record lows this summer and remain depressed, companies are struggling to attract investor interest, and demand for fuel hasn’t recovered from the impact of the COVID-19 pandemic. Several mega-projects have been shelved and thousands of oil workers have lost their livelihoods.

Companies of all sizes are struggling to turn a profit right now.

Even if possible impacts from the U.S. election are relatively small, some in the Canadian oilpatch are nervous because the sector is already under severe financial pressure.

“A lot of Canadian oilfield service companies have Canadian and American employees and there has been cash flow and profits generated [in the U.S.],” said Garnet Amundson, president of Calgary-based Essential Energy Services.

“If there are anti-oil policies put in, such as frack-banning or anti-Canadian protection policies, it will further hit the Canadian oilpatch and lead to more job losses and sectoral damage.”

The actions of a Biden White House will be watched closely.

Biden has vowed to make policy changes that critics argue would be a setback for the oil and gas sector, such as preventing new drilling on federal land in the U.S. and cancelling the presidential permit for the Keystone XL pipeline, a project that would help deliver Alberta crude to the U.S.’s Gulf Coast refineries.

Biden hasn’t wavered in his opposition to the pipeline project, but that doesn’t mean its fate is sealed.

WATCH: Being in Texas on election day: 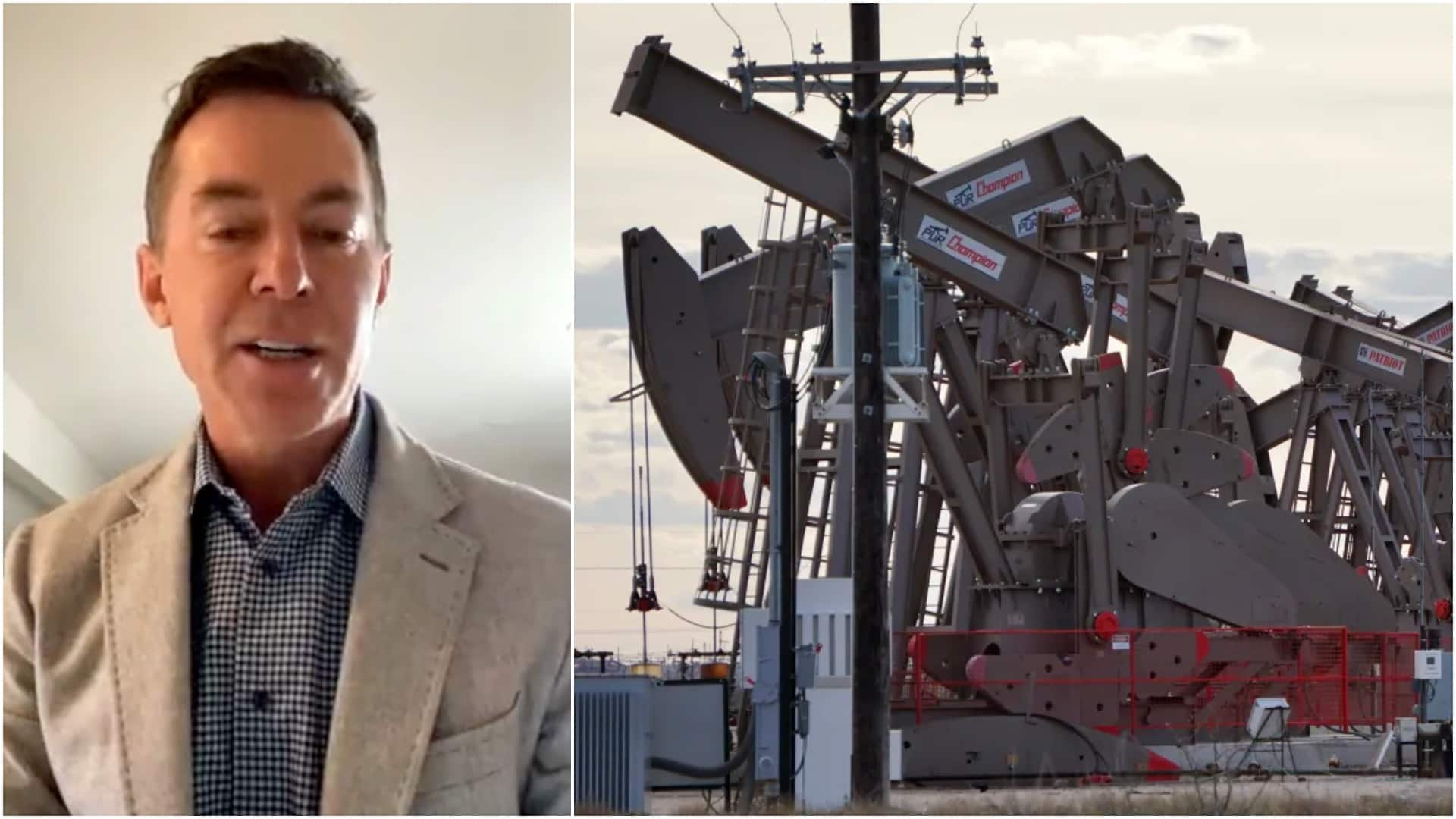 Tom Simons, CEO of CES Energy Solutions, on traveling to Texas during the election and what the mood is like in the oilpatch. 1:36

For one, Keystone XL may be a way for Biden to show support for blue-collar workers and create much-needed jobs as the U.S. tries to recover from the pandemic.

“There are many reasons that may give him cover to say, ‘Look, we can actually approve Keystone XL and continue with it because it is in the greater national interest of the United States today in a way that it was not in 2016,” said Gary Mar, who was Alberta’s representative in Washington, D.C., from 2007 to 2011.

Alberta’s government is no doubt hoping that’s the case since it is financially committed to the pipeline project through $1.1 billion US in equity and $4.2 billion US in loan guarantees.

Those who’ve been fighting Keystone XL expect Biden will stop the project.

“It is my expectation, and I don’t think I’m alone in that as well,” said Anthony Swift, an attorney based in Washington, D.C., with the Natural Resources Defense Council.

“Everything I’ve seen from Biden suggests to me that he is … someone who follows through with his commitments.”

Opponents have voiced concerns about the environmental impact they fear the project could have along the route during and after construction. Many are also worried about the climate impact of locking in long-term expansion of carbon-intensive oil sources.

“I think the reality is a project that has a 50-year timeline that enables new expansion of tarsands development during that time is just mathematically inconsistent with a 2050 net-zero trajectory for North America,” Swift said.

As for the ban Biden has pledged on new oil and gas permits on federal lands, such a move could crack open the door for more Canadian crude exports.

Stephanie Kainz, a senior associate with Enverus, an energy data analytics firm, said if such a strategy slows down production in the U.S., it could see more interest in investing in Canada’s energy sector.

“It could possibly open up more investment into the Canadian oil sector, and even the gas sector itself,” said Kainz, who is based in Texas. “You have a really deep inventory in Canada and years and years of production ahead of you.”

There is no doubt if the Keystone XL project is delayed or halted, it would sting the Canadian oilpatch, but with other pipeline projects under construction such as Enbridge’s Line 3 and the Trans Mountain expansion, there are other export avenues being developed.

Biden’s other proposed policies could create more turbulence for the industry, but will be muted if oil prices recover and fuel demand picks up, among other changes in the market.

That’s why Biden in the White House would be just one of many uncertainties for Canada’s oil industry. 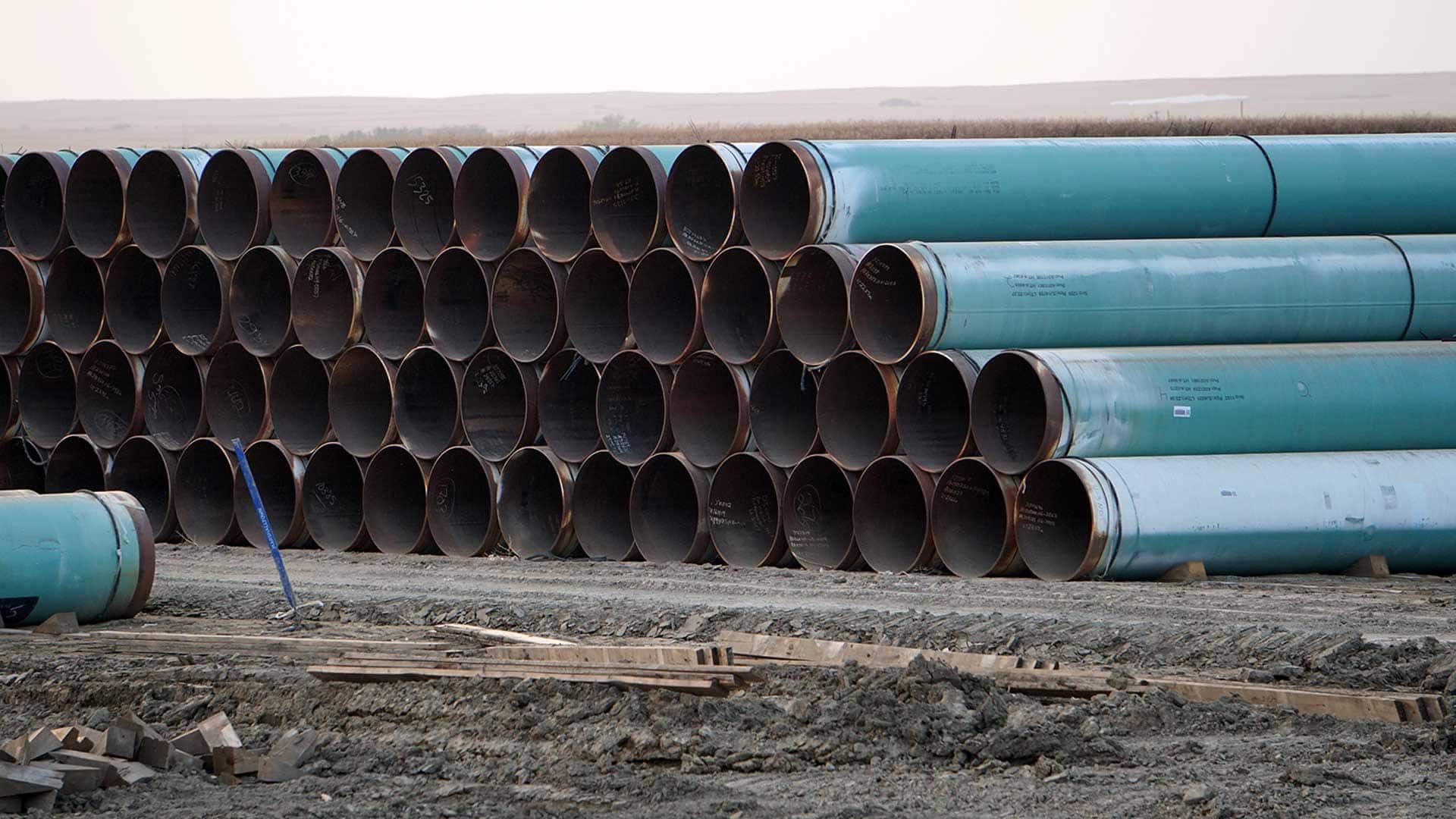 Despite economic challenges from low oil prices and the pandemic across Alberta, Oyen, a small town near the Saskatchewan border, is experiencing a miniature boom because of the construction of the Keystone XL pipeline. 2:02