Elections Canada says it has identified roughly 3,500 cases of people who voted in 2019’s federal election where there was conflicting evidence about their citizenship, CBC News has learned.

But almost a year after Canadians headed to the polls, the agency says it’s still trying to determine how many of those cases — if any — involved non-Canadian citizens casting ballots.

A fear of foreign nationals or permanent residents taking advantage of Canada’s honour system and voting illegally was one of the most common themes Elections Canada documented while monitoring social media in the lead-up to the Oct. 21 election, according to CBC’s analysis of the agency’s internal documents. Some people called on the agency to require voters to show proof of citizenship at the polls, such as a passport.

But many studies in the U.S. have shown that stricter voter requirements — supposedly introduced to prevent fraud — have served as a form of voter suppression, deterring thousands of voters and disenfranchising racial minorities.

Elections Canada is still conducting its own analysis, but its initial assessment shows the 2019 ballots with conflicting citizenship information under review accounted for just 0.02 per cent of all votes cast — and were so widely distributed they could not have affected the outcome in any particular riding.

“No outcome in any riding would have been affected by possible instances of non-citizen voting,” said Elections Canada in a media statement.

“We have no evidence that suggests any organized or large-scale effort to disrupt the electoral process.”

Number of cases could turn out to be much lower

CBC News asked for a breakdown of the voting districts where Elections Canada found conflicting citizenship information. The agency said it would be “premature” to share that data since “an analysis is still underway.”

University of Ottawa law professor Michael Pal studies election laws in Canada. He said he’d be surprised if it turns out that thousands of non-citizens voted last year.

“Whenever there are reports like this, it tends often to be paperwork errors or mistakes that can be tracked down,” he said.

“There was a lot of sound and fury about this and non-citizens allegedly voting in the U.S. And all the academic research and the research by think tanks shows that concern was overblown and happens very rarely, if at all.” 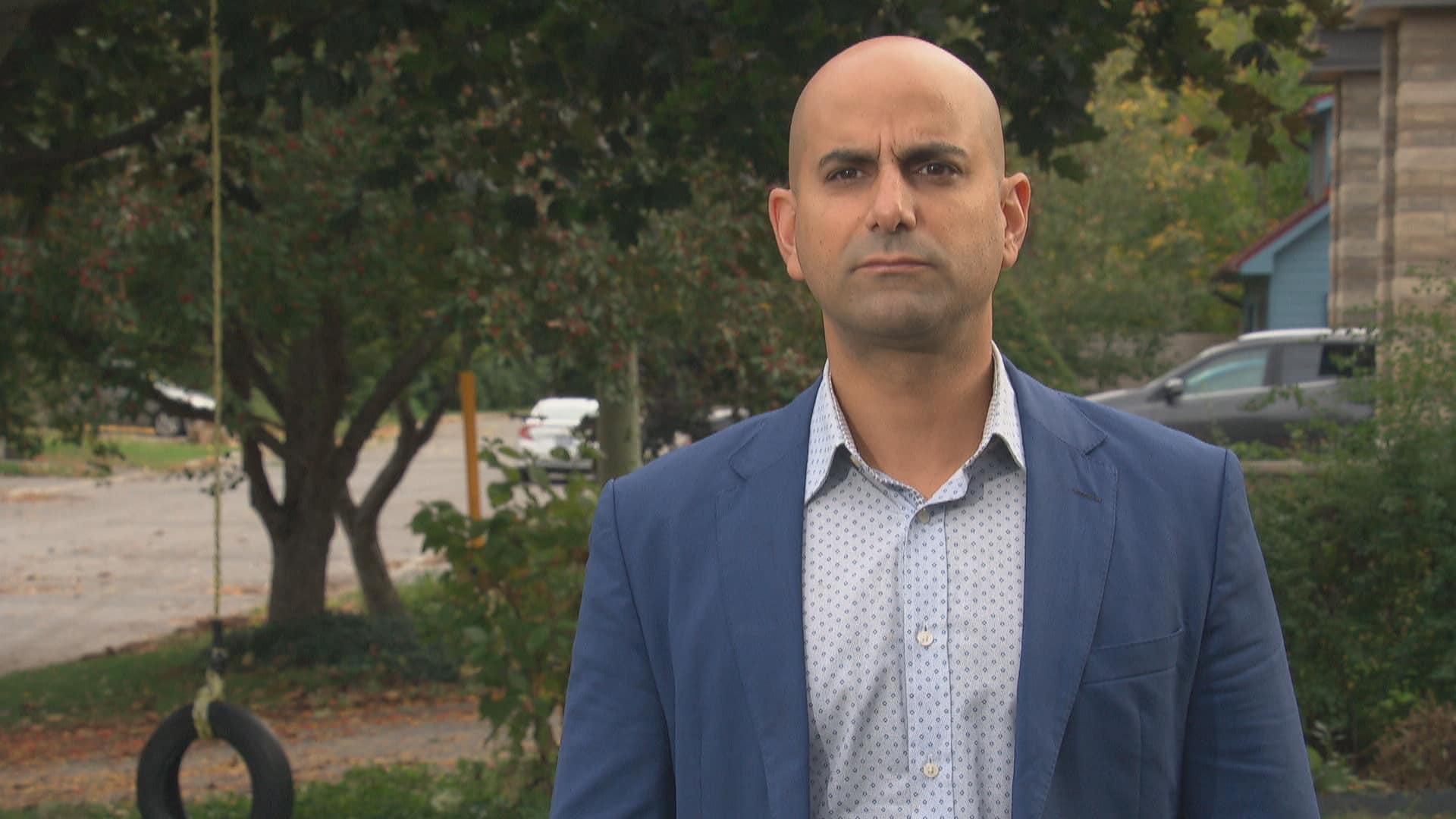 Non-citizens voting is not happening at a large enough scale to put in place stricter voting ID rules and could do more harm than good, said the University of Ottawa professor 1:10

Every case has its own paper trail

In the spring of 2019, Elections Canada said it was eliminating 103,000 people from the federal voters register who it determined were not Canadian citizens.

Bill C-76 also gave Elections Canada the power for the first time to cross-reference its voters list with data from Immigration, Refugees and Citizenship Canada to search for cases of permanent residents or foreign nationals illegally voting.

That “rigorous” and labour-intensive process has been slowed down by COVID-19 restrictions and the agency’s focus on preparing for the possibility of an early election in the midst of a pandemic, the agency said.

“Every potential case is unique and has its own paper trail,” said Elections Canada. “Each case must therefore be verified separately …”

Canadians could go to the polls again before the agency passes on any suspect cases to the Commissioner of Canada Elections, Yves Côté, for investigation.

On Oct. 8, Côté’s office announced it laid two charges against a non-Canadian accused of fraudulently voting five years ago. The office said the man was charged with registering to vote in the riding of Don Valley East in Ontario knowing he wasn’t eligible, and with casting a ballot in 2015 knowing he wasn’t qualified.

Permanent resident Paul Gabriel said it’s “incredible and scary” that Elections Canada has taken so long to detect such cases. He argues the agency should make changes before the next election to fix what he calls a “loophole.”

It’s illegal under the Canada Elections Act for a non-Canadian citizen to vote while knowing they are ineligible. However, voters are not required to show proof of citizenship at the polls. Gabriel said that should change.

He’s a fruit importer living in Beiseker, Alberta who was born in the United Kingdom and has lived in Canada for 19 years. He said he erroneously received a voter information card in the mail for the first time in 2019 and posted a photo online with a warning that was shared by thousands of people.

“I can vote with this card and an Alberta driver’s license, but I am NOT a Canadian citizen,” Gabriel wrote on Facebook on Oct. 7, 2019. “I am not going to vote because I am not legally entitled to, but others will.

“Your election is about to be stolen from you by illegal voters and we all know who gave them this ability and who they will vote for.”

Elections Canada said those who receive the cards may have mistakenly provided the wrong information to another federal or provincial institution while filling out a provincial health card questionnaire.

“It was an honest and genuine mistake,” said Gabriel — who said he thinks permanent residents should be able to vote since they pay taxes. “But it just shows how flawed the voting system is.”

Elections Canada said it’s usually only countries that issue national ID cards that require proof of it at the polls — Canada, the U.K., Australia and New Zealand don’t. It costs $120 for a five-year Canadian passport, which is beyond the means of some Canadians. Birth certificates also come with a price tag and do not feature a photo.

Chief Electoral Officer Stéphane Perrault is working on a set of recommendations coming out of the last federal election to present to Parliament in the spring of 2021.

“Any recommendation in this area would need to ensure the integrity of the election by carefully balancing the risks of non-citizen voting with the risk of excluding a potentially large number of Canadians who do not have documentary evidence of their citizenship readily available,” the agency said in a statement.

Holly Ann Garnett is an assistant professor of political science at the Royal Military College of Canada who researches election integrity. She said that changing voting requirements in Canada would do more harm than good.

“I think the issue of legitimate voters being deterred from voting is more crucial than the small chance that a non-citizen would be voting,” she said.

Garnett said evidence consistently shows that when countries increase the cost or the difficulties of voting — through things like stricter voter ID rules or advanced registration — voter turnout drops in some demographics.

“So the real issue here is the challenge of making sure that voting is accessible, especially to those population groups who are already not likely to vote,” she said.

Wisconsin is a case in point. Strict ID laws may have driven 17,000 or more registered voters away from the polls in the last federal election, according to a university study in the state.

The Commissioner of Canada Elections “considers illegal voting to be among the most serious violations that cause harm to the integrity of the electoral process,” the office said. The penalty for voter fraud can be up to five years in prison, or a fine of up to $50,000.

The commissioner’s office said it can opt for other penalties and responses to cases of voter fraud — caution letters, compliance agreements or administrative fines, to name a few.

In 2006, a non-Canadian citizen who voted here received an absolute discharge after doing 30 hours of community service; the court found the offender did not intend to affect the vote.

In 1999, two others pleaded guilty after voting in the 1997 general election knowing they didn’t qualify because they weren’t Canadians. They had to pay $300 to a charity and received an absolute discharge.