Premier Doug Ford is slamming the federal government for not doing enough to protect Ontario from international travellers, who he suggests are a problematic source of COVID-19 spread in the province.

However, based on the provincial government’s own statistics, travel-related COVID-19 cases represent a small number of infections.

“It’s like a tiny, tiny fraction of all the cases that we’re seeing in Ontario,” said Dr. Isaac Bogoch, an infectious disease physician and member of the Ford government’s vaccine distribution task force. “So, no, it’s not zero, but it certainly is not driving the epidemic in Ontario…. Was in the past, but it isn’t right now.” 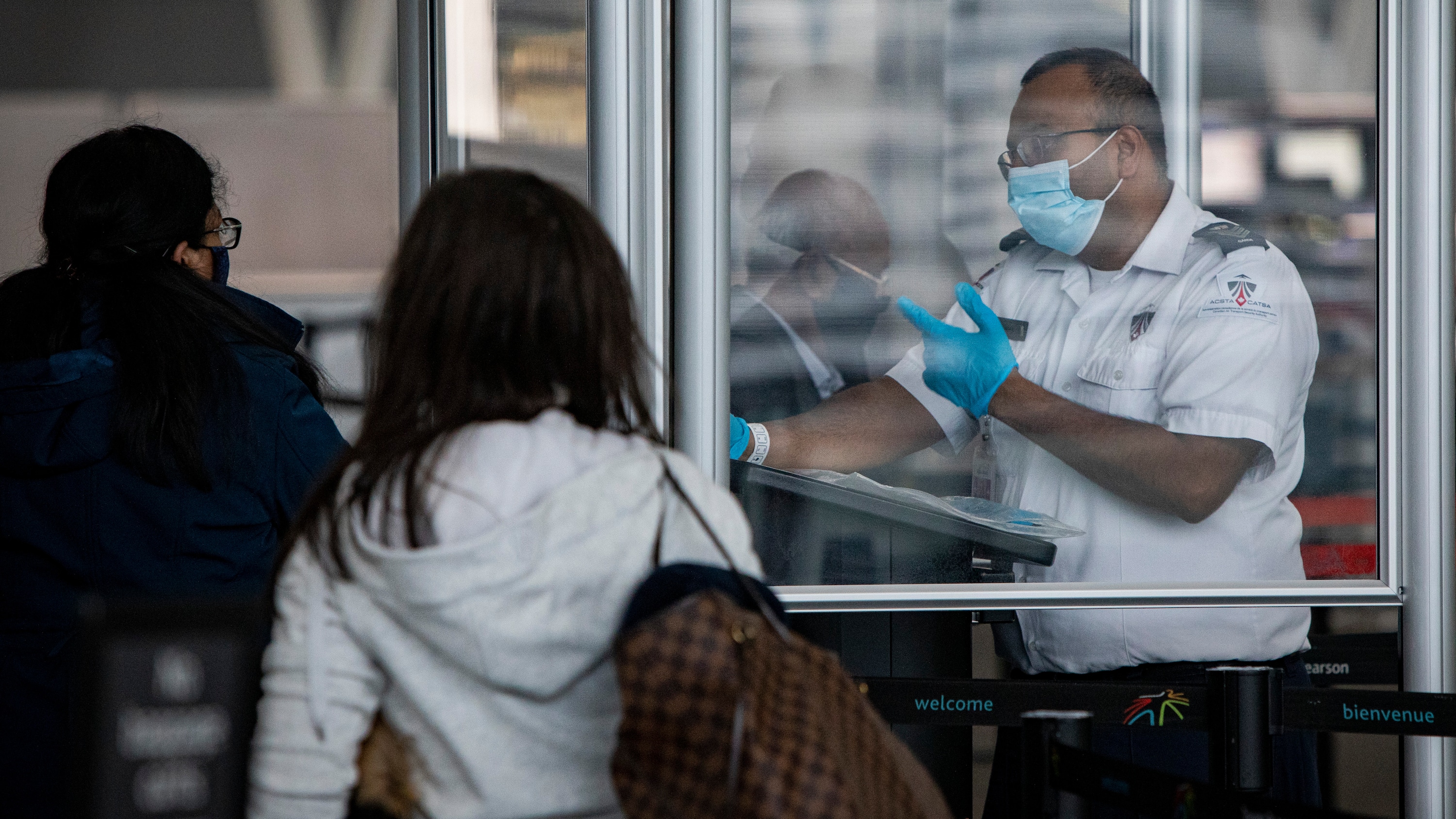 Ontario Premier Doug Ford says residents of Ontario are at great risk because the federal government is not doing enough to protect them from threats that come from outside Canada’s borders. 1:03

For the past two days, Ford has criticized the federal government for not testing travellers for COVID-19 once they arrive at Toronto’s Pearson International Airport. He has also claimed that about a quarter of those who arrive are out and about without quarantining for the necessary 14 days.

“There’s just not enough to protect us from the threats coming in from outside, at our borders, on a daily basis,” Ford said Tuesday. “Without further action by the federal government at our borders, we remain at extreme risk right now.”

His comments come as concerns about the border have heightened following the discovery in the U.K. of a new, highly contagious variant of the coronavirus. That prompted the federal government to temporarily halt flights from the U.K. So far, there is no evidence the new strain has made it into Canada.

The Ontario government’s COVID-19 case data reveals that among the sources of infection, travel remains at the bottom.

For example, of the recorded cases in Ontario for Dec. 20 with a cause identified, those who likely caught COVID-19 from an infected person with whom they were in close contact totalled 328. Individuals who tested positive but the source can’t be traced because they did not travel or knowingly have contact with another infected person and are not linked to an outbreak totalled 171 cases.

And 184 people caught COVID-19 in a specific shared space or setting such as a workplace, long-term care home or daycare.

Travel was responsible for only two recorded cases.

Federal government officials also claim that international travel represents a very small percentage of COVID-19 cases. In an email to CBC News, Federal Health Minister Patty Hajdu defended her government’s measures on border restrictions, and also noted that only 1.3 per cent of all known COVID-19 cases recorded in Ontario have originated from travel outside the country.

Restrictions among strongest in world: Blair

On Tuesday, federal Public Safety Minister Bill Blair challenged Ford’s accusations. He said the restrictions the government has imposed, particularly for international flights, are among the strongest and most rigorous in the world.

Blair said Canada is one of the few countries that restricts all non-essential travel from international destinations. All  travellers coming from abroad are screened for COVID-19 symptoms, he said, and unless they are exempt because they are an essential worker, they must quarantine for 14 days.

According to data from the Canada Border Services Agency, for the week of Dec. 7 to Dec. 13, a total of 67,365 travellers arrived in Canada by air from either the U.S. or other international destinations.

“Essential workers are exempted from the quarantine requirement — this represents a large proportion of arrivals,” said Vivek Goel, a professor at the University of Toronto’s Dalla Lana School of Public Health.

WATCH | Federal officials say Canadian border controls are some of the toughest in the world: 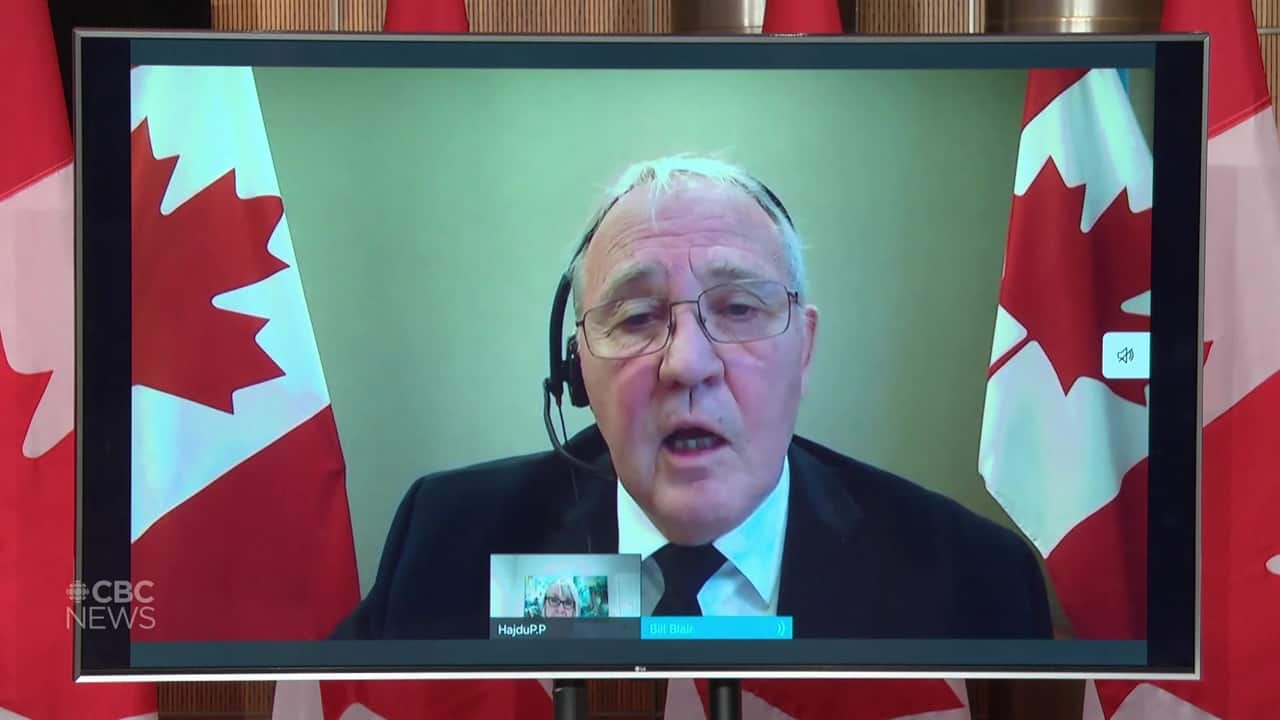 Public Safety Minister Bill Blair spoke to reporters in Ottawa on Tuesday after Ontario Premier Doug Ford said that the federal government wasn’t doing enough to stop the international spread of the virus. 2:26

Goel was also a co-principal investigator of a study conducted by McMaster University in Hamilton about international air travellers arriving in Toronto. It involved more than 20,000 COVID-19 tests conducted on more than 8,600 study participants recruited from Sept. 3 to Oct. 2.

Still, while the number of travel-related cases is relatively small, it should not be ignored, said Dr. Zain Chagla, an infectious diseases physician at St. Joseph’s Healthcare Hamilton and an associate professor at McMaster University.

“One per cent doesn’t seem like a lot. But, at the end of the day, one per cent of the flight of 100 is one person coming in,” he said.

“It’s not nothing, and it’s absolutely preventable.”

Chagla said Ford may have a point in saying that just isolating and quarantining in Canada is not enough, and that testing travellers at Canadian international airports is also required.

While 99 per cent of travellers are going to be fine, it’s still important to know about the one per cent who may pose a problem, he said.

“Making sure they’re very, very separate from the general population in that sense,” he said. “I don’t disagree. I think we need to start talking more seriously about testing at the borders.”

Goel said for those international travellers who are required to quarantine, there is limited Canadian data on compliance.

Is American democracy suffering from an overload of politics?