Ontario’s response to the COVID-19 pandemic was hampered by poor emergency preparedness, inadequate lab capacity and a disorganized public health system, according to a report issued Wednesday by the province’s auditor general.

In a special report on COVID-19, Auditor General Bonnie Lysyk raises concerns that flaws in Ontario’s communication, decision-making and management of positive cases contributed to a wider spread of the virus during the eight months since the pandemic was declared.

The audit found “delays and conflicts and confusion in decision-making,” said the 231-page report, tabled in the legislature on Wednesday morning.

The report also lays bare for the first time the structure and membership of the so-called “tables” advising Premier Doug Ford and his cabinet on their response to COVID-19.

Among the auditor’s key findings:

“Ontario’s response to COVID-19 in the winter and spring of 2020 was slower and more reactive relative to most other provinces and many other international jurisdictions,” Lysyk said in the report.

“As we continue into this second wave, it is still not too late to make positive changes to help further control and reduce the spread of COVID-19.”

At a news conference Wednesday morning, Health Minister Christine Elliott said the report is “a disappointment, and in many respects a mischaracterization of the province’s pandemic response.

“The reality is that over the course of the pandemic, there have been differing views. Differing views among public health officials, amongst the medical community, amongst policy makers, and of course the public,” Elliott said.

“We have different views on various aspects of her report.” 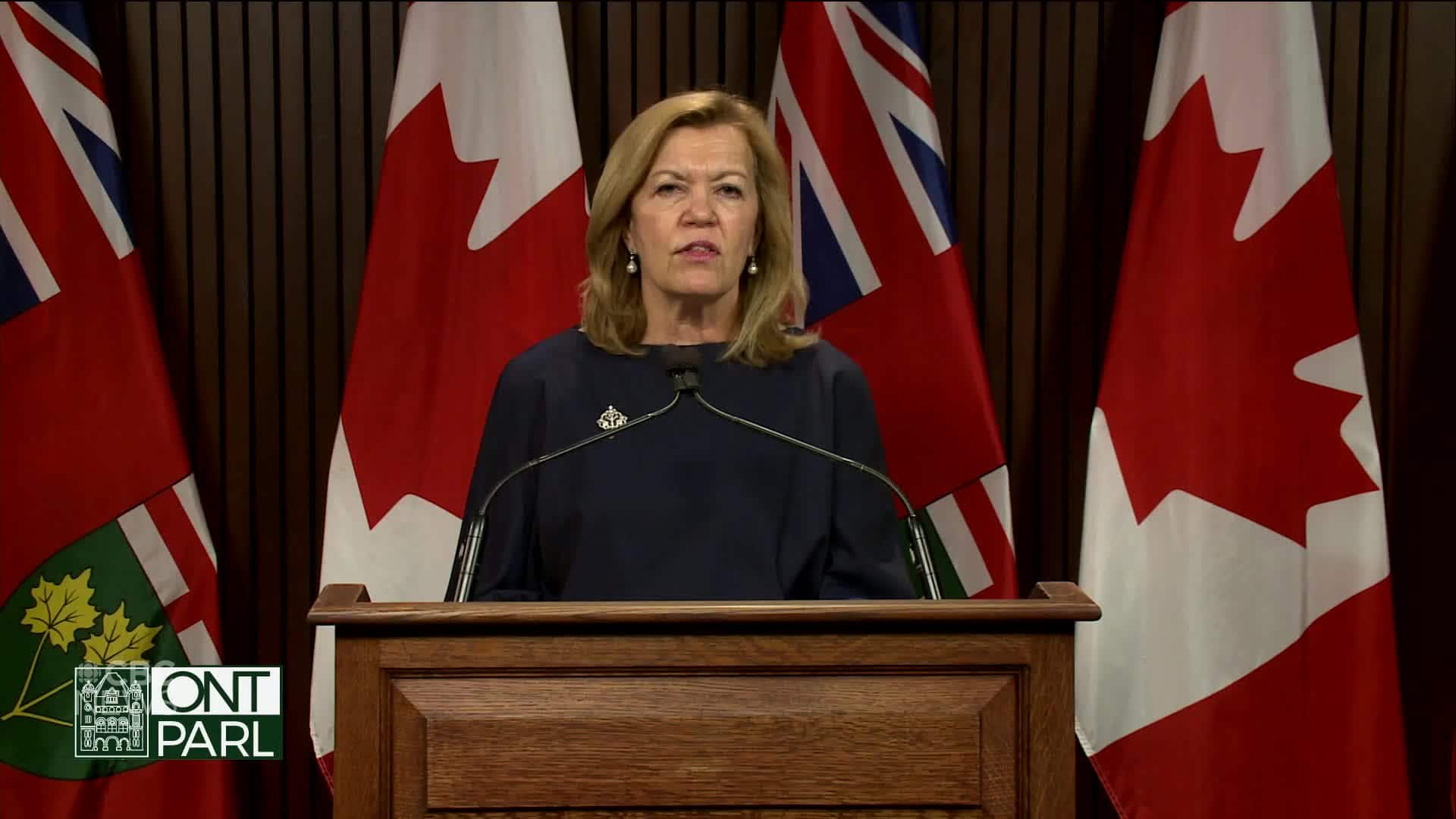 Minister of Health Christine Elliott says the report as “a disappointment, and in many respects a mischaracterization of the province’s pandemic response.” 1:36

One chapter of the report focuses on the public health systems for COVID-19 testing, for managing the cases of people who test positive and tracing their contacts who may have been exposed to the virus.

Across the province, fewer than half of lab tests have been completed within 24 hours of the patient’s specimen being collected, the auditor found.

As recently as September and October, public health units contacted only 75 per cent of people who tested positive within 24 hours of receiving the result, short of the province’s target of 90 per cent.

The auditor said the largest urban public health units were particularly slow at case management — the process of contacting people who test positive, advising them to self-isolate and investigating how they likely contracted the virus. In September and October, the auditor found the average time it took to begin managing a positive case after the person got tested was:

The delays “may have led to further exposure and spreading of the virus,” Lysyk said in the report.

The report delves into the command structure set up by the government to advise on the COVID-19 response.

At the top is the Central Co-ordination Table, co-chaired by the province’s top bureaucrat, cabinet secretary Steven Davidson; and the premier’s top political adviser, chief of staff James Wallace.

Its membership includes nine deputy ministers, as well as five political advisers from the offices of the premier and the health minister. However, the auditor notes, neither Chief Medical Officer of Health Dr. David Williams nor anyone from Public Health Ontario sits on this table.

Below the Central Co-ordination Table are four others, including the Health Command Table, which the auditor found had as many as 90 participants. Its meetings were held by teleconference instead of videoconference until July, a format the auditor said was not effective for clear discussions.

The auditor said Williams did not chair any of the Health Command Table’s meetings. She calls Ontario’s decision not to give its chief medical officer of health the lead role in its COVID-19 response “unusual.”

At the same time, the auditor criticizes Williams for failing to use his full powers to issue directives quickly, notably for a provincewide masking order or for protecting temporary foreign workers on farms. Williams told the auditor he only issued directives after consulting with the Health Command Table.

The auditor’s report said Williams and the Ministry of Health were slow to react in the early weeks of the pandemic. The report questions why provincial officials:

The auditor finds instances where the government’s decisions did not follow the advice of public health experts, including allowing anyone who wanted to get tested to do so from late May until early October.

The auditor also details how the government ignored the advice of Public Health Ontario on setting infection thresholds for the restrictions in its colour-coded COVID-19 response framework.

She said Public Health Ontario has played a “diminished” role in responding to the pandemic and posed that this “may have been impacted by its funding.”

The Health Ministry did not fully use the key lesson from SARS — the precautionary principle of acting as soon as there is reasonable evidence of a threat to public health — to guide its initial response to COVID-19, the auditor said.

The ministry categorized the risk to Ontarians as low even as the virus spread to more than 20 countries and the auditor said this meant Ontario developed its strategy for responding more slowly than other provinces.

She points to repeated reports by her office since 2003 — a time period in which the Liberals were in power for nearly 15 years — warning of the need to strengthen the public health system and improve Ontario’s emergency preparedness.

The auditor is working on a second special report on COVID-19, which will focus on health-related pandemic expenditures, personal protective equipment and long-term care, and said it will be issued soon.

WATCH | How Ontario got to this point in the coronavirus pandemic:

With Premier Doug Ford poised to implement tighter restrictions in Toronto, Peel and possibly York, here’s a look back at how the novel coronavirus has surged this fall. 6:24