Canada is ready to be “an honest broker” in an escalating dispute between Turkey and Greece over offshore exploration rights in the Eastern Mediterranean, says Foreign Affairs Minister Francois-Philippe Champagne.

Champagne is in Greece for the first leg of his week-long tour of European capitals to discuss with allies the tensions in the Eastern Mediterranean, the war between Azerbaijan and Armenian forces in Nagorno-Karabakh and the situation in Belarus.

“We have been dealing with the situation in the Eastern Mediterranean since day one,” Champagne said in an interview with Greek daily newspaper Kathimerini published today.

“I am in contact with the secretary general of NATO to explore what possibilities there are for Canada to play a role as an honest broker.”

Canada’s top diplomat met with Greek Prime Minister Kyriakos Mitsotakis and his counterpart Nikos Dendias today — the first such visit by a Canadian foreign affairs minister in about 30 years.

Great to see my good friend @NikosDendias, FM of #Greece. We had a very fruitful exchange on our intention to give our bilateral relations new momentum.

We also discussed the situations in the Eastern Mediterranean, #Belarus, Nargono-Karabakh, #Libya and #Syria. pic.twitter.com/GUTuoU0UMa

A statement by the Greek prime minister’s office said the two sides discussed the “possibilities of political, economic and defence cooperation between Greece and Canada.”

The office said Mitsotakis also raised the issue of Turkish activities in the Eastern Mediterranean which Athens says violate Greek and Cypriot sovereignty.

“We had a very fruitful exchange on our intention to give our bilateral relations new momentum,” Champagne tweeted following the meeting with Dendias.

The meetings in Athens happened as Turkey faces growing international criticism for sending a research vessel, Oruc Reis, to carry seismic testing in a disputed area off the coasts of Turkey, Cyprus and Greece.

“Coercion, threats, intimidation, and military activity will not resolve tensions in the Eastern Mediterranean,” Ortagus said. “We urge Turkey to end this calculated provocation and immediately begin exploratory talks with Greece.”

A ‘direct threat to peace’ in the Med

On Monday, Greece’s foreign ministry described the new voyage by the Oruc Reis as a “major escalation” and a “direct threat to peace in the region.” Turkey accused Athens of fuelling tensions.

Turkey’s Foreign Ministry said Greece had no right to oppose its operations, which were taking place 15 km from Turkey and 425 km from the Greek mainland.

The objection to Turkish exploration activities in the area is based on the “maximalist maritime jurisdiction claims of Greece,” Turkey’s Foreign Ministry said.

Turkey’s policy in the Eastern Mediterranean is not the only area of concern for its NATO allies.

Speaking to Turkish Foreign Affairs Minister Mevlut Cavusoglu on Friday, Champagne also urged Turkey to “stay away” from the war in Nagorno-Karabakh between Azerbaijan and Armenian forces in the breakaway region.

The latest outburst of fighting between Azerbaijani and Armenian forces began Sept. 27 and marked the largest escalation of the decades-old conflict over Nagorno-Karabakh. The region lies in Azerbaijan but has been under the control of ethnic Armenian forces backed by Armenia since a Russian-backed ceasefire in 1994.

Russia brokered a ceasefire on Oct. 9 to allow Armenian and Azerbaijani forces to collect their dead, exchange prisoners and begin substantive negotiations on resolving the decades-long conflict.

The ceasefire never took hold, however; both parties have accused each other of violating it by shelling civilian areas, among other things. On Oct. 11, Armenia again accused Turkey of using half a dozen F-16 fighter jets to provide air cover for Turkish- and Israeli-made drones deployed by Azerbaijan against Armenian forces in Nagorno-Karabakh.

Two weeks ago, Champagne suspended the export of sophisticated Canadian drone technology to Turkey in response to allegations that it is being used by the Azerbaijani military against Armenian forces in Nagorno-Karabakh.

Champagne’s next stop of his European tour is Vienna, where he has a series of meetings planned at the Organization for Security and Co-operation in Europe (OSCE), headquartered in the Austrian capital. The OSCE plays an important role in the search for a negotiated solution to the decades-long Nagorno-Karabakh conflict through its Minsk Group mechanism.

Then, Champagne will fly to Brussels for a series of meetings with NATO Secretary General Jens Stoltenberg. While there, Champagne will meet with the EU’s High Representative for Foreign Affairs and Security Policy Josep Borrell.

Champagne is also planning to meet Belgian Deputy Prime Minister Sophie Wilmes before moving on to the Lithuanian capital of Vilnius, where he will hold a “mini-summit” with his counterparts from Lithuania, Latvia and Estonia. 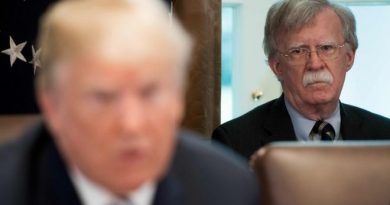