With some regions now in the grips of a second pandemic shutdown, some scientists are saying the deployment of rapid tests is the best way to support sectors of the economy that have been crushed by public health measures meant to slow the spread of COVID-19.

Between March and September, only a single rapid, point-of-care test had been approved by Canadian regulators, while the U.S. Food and Drug Administration gave emergency authorizations to many more.

Following pressure from public health experts and Ontario Premier Doug Ford, Health Canada has since approved four more rapid testing devices. Millions of tests have been ordered by the federal government for use in walk-in clinics and doctors’ offices.

But with a vaccine still months away, some scientists say rapid testing devices need to be used outside of health care settings at places many people are now reluctant to visit — airports, hotels, restaurants, casinos, cinemas and performing arts centres — and at essential workplaces like warehouses and food processing plants.

Dr. Steven Newmaster is a professor at the University of Guelph and an expert in DNA identification systems. He has been advising the Canadian company Songbird, which secured authorization from Health Canada to sell the Hyris bCube rapid molecular testing device late last month.

The bCube uses the “gold standard” in COVID-19 testing, the polymerase chain reaction (PCR) process, to determine whether a person has the virus.

A patient is given either a nasal or oral pharyngeal swab, the sample is plugged into the cube-shaped testing box and then the result is sent to a cloud-based system where users can check results.

But unlike the lab-based PCR tests, which are widely used in Canada right now, the bCube is portable and can deliver definitive results within 90 minutes. The test is 95 per cent accurate, based on clinical trial data supplied to Health Canada. 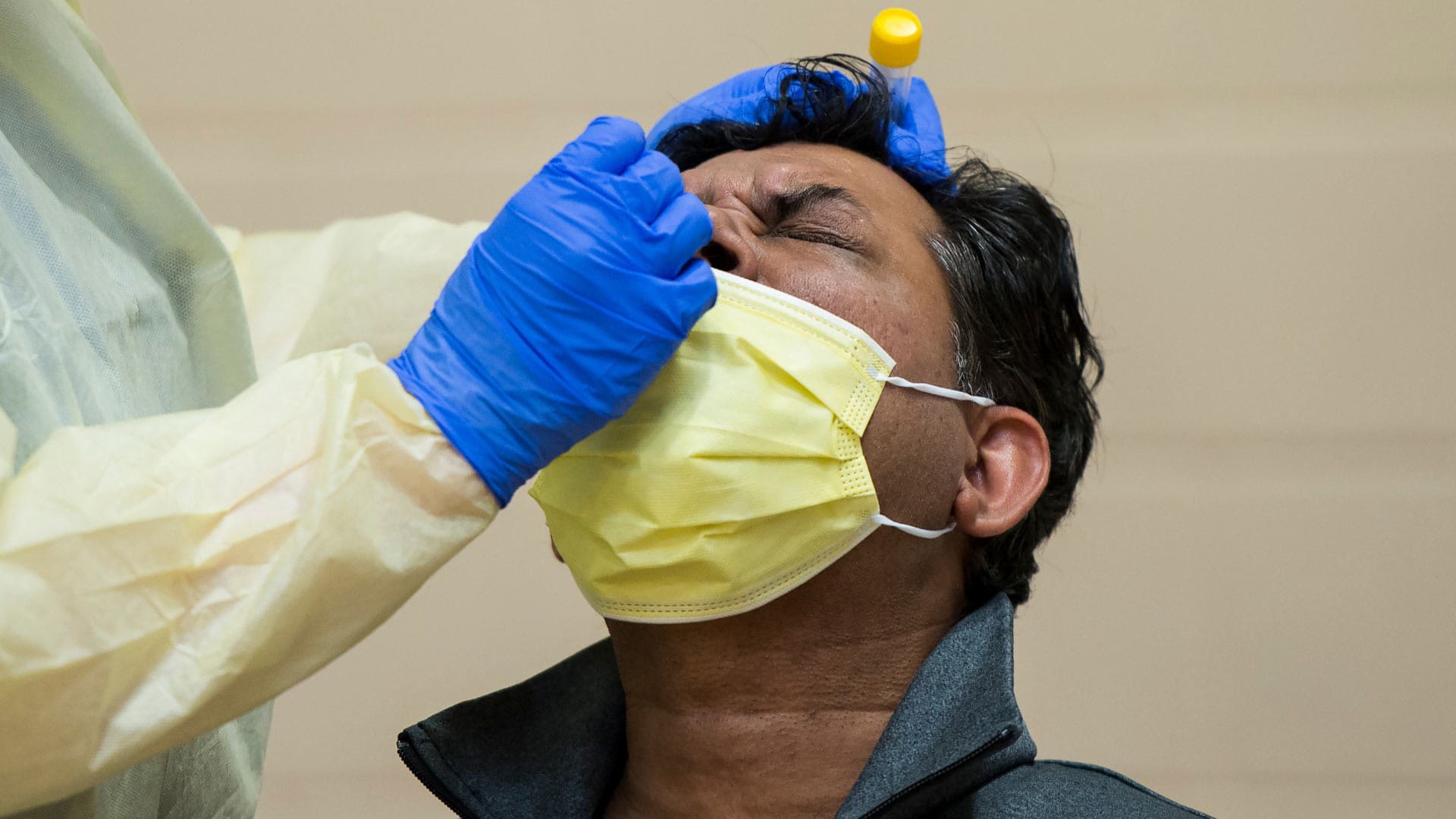 Canada has approved and purchased two different kinds of rapid COVID-19 tests. While they may not be as accurate as the tests that are currently in use, experts say they can play an important role in stopping the spread of the virus. 8:33

Newmaster said widespread rapid testing is a viable alternative to more lockdowns since the tests can easily identify infected people, allowing them to be isolated quickly to prevent further spread.

“Point-of-care, rapid testing is one way to be able to deal with spread, monitor the spread and alleviate a lot of stress because people can move about and know where places are safe. We need this infrastructure in place.”

Newmaster said shutdowns are a blunt instrument that have wreaked havoc on our economy — millions are still out of work, despite rosier jobs numbers posted last Friday — and eight months into this pandemic, Canada needs to be much more targeted in its approach.

“I come from a group of molecular biologists that want to democratize genetics. We’re bringing it to society and industry — small types of instruments that you can hold in your hand,” he said.

“We need to put these tests out into society. It’s cheap and fast and allows us to reduce the risk.”

Some U.S. companies, like Las Vegas-based Wynn Resorts, have been aggressively pursuing rapid testing options to convince guests to come back.

With the Vegas strip seeing massive declines in visitors, the casino company is building its own on-site PCR test processing centre so that it can test thousands of employees and casino patrons each day — a program designed to make the property a COVID-free safe-zone.

That sort of approach could help the ailing tourism industry here in Canada, which employed more than 1.7 million people before the pandemic.

Newmaster said such mass testing could also be the solution to the 14-day quarantines imposed on returning travellers — a directive that has all but ended international business travel, devastating the airline industry.

“It’s quite silly, really. If I can test myself and I don’t have the virus, I’m healthy, I feel great, why do I have quarantine for two weeks? I’m no threat to anyone,” he said.

Air Canada has procured 25,000 rapid tests so that it can begin testing its employees — and it could buy many more to put passengers at ease.

“We believe testing will be key to protecting employees and customers until such time as a COVID-19 vaccine is available,” said Dr. Jim Chung, Air Canada’s chief medical officer.

“Rapid testing is a means to enable governments to relax current blanket travel restrictions and quarantines in a measured way while still safeguarding the health and safety of the public.”

While some critics maintain the COVID-19 outbreak at the White House has given rapid testing a bad name — the White House uses the ID NOW test from Abbott Laboratories — Dr. Michael Mina, an epidemiologist at Harvard University, said he’s drawn a different conclusion about the usefulness of these tests after the executive branch infections.

“The White House managed to go from March all the way to October without having any cases that really spread widely — despite their complete failure to wear masks or social distance — and I attribute that largely to their rigorous testing protocol,” he said in an interview.

Without testing staff and visitors, the largely mask-free White House would have been a “super-spreader” much earlier in this pandemic, he said.

“The fact that they’ve gone so long without major outbreaks tells us that frequent testing can be very powerful in reducing risk but it doesn’t get it anywhere close to zero, so we have to maintain all other public health practices,” he said.

“If all you’re doing is testing, you’re essentially playing a game of roulette. Eventually, your odds are going to run out.”

Mina said he expects rapid tests will be widely available in the U.S. by spring 2021, which could be a much needed shot in the arm for industries where social distancing just isn’t feasible.

“They will become ubiquitous. Many, many people will have access to them,” he said. “You brush your teeth and then you take a test.

“They can also be used as a barrier to entry. If someone tests positive, they can’t go to a restaurant or a school. If they’re negative, they can, but they still take all the same public health precautions.”

How the U.S. election could change NATO’s future and Canada’s defence strategy