Concluding debate on a resolution to impeach U.S. President Donald Trump for “incitement of an insurrection,” Rep. Steny Hoyer invoked one of the fundamental truths about democracy that was exposed by recent events in the United States.

“For millennia, people have understood that a republic is only as stable and lasting as the citizens and leaders who commit themselves to its upkeep,” the 81-year-old Democratic congressman for Maryland’s fifth district said on Wednesday.

Shortly thereafter, Hoyer joined 231 other members of the United States House of Representatives in voting to impeach Trump.

The violent attack last week on Capitol Hill in Washington was horrifying, but also clarifying. What the mob made clear is where the forces of lying, division, fear and nihilism can lead.

Such a traumatic event has provoked another moment of reckoning in the United States. But the sight of the world’s so-called greatest democracy nearly collapsing is cause for introspection for every other democratic country looking on, including Canada. 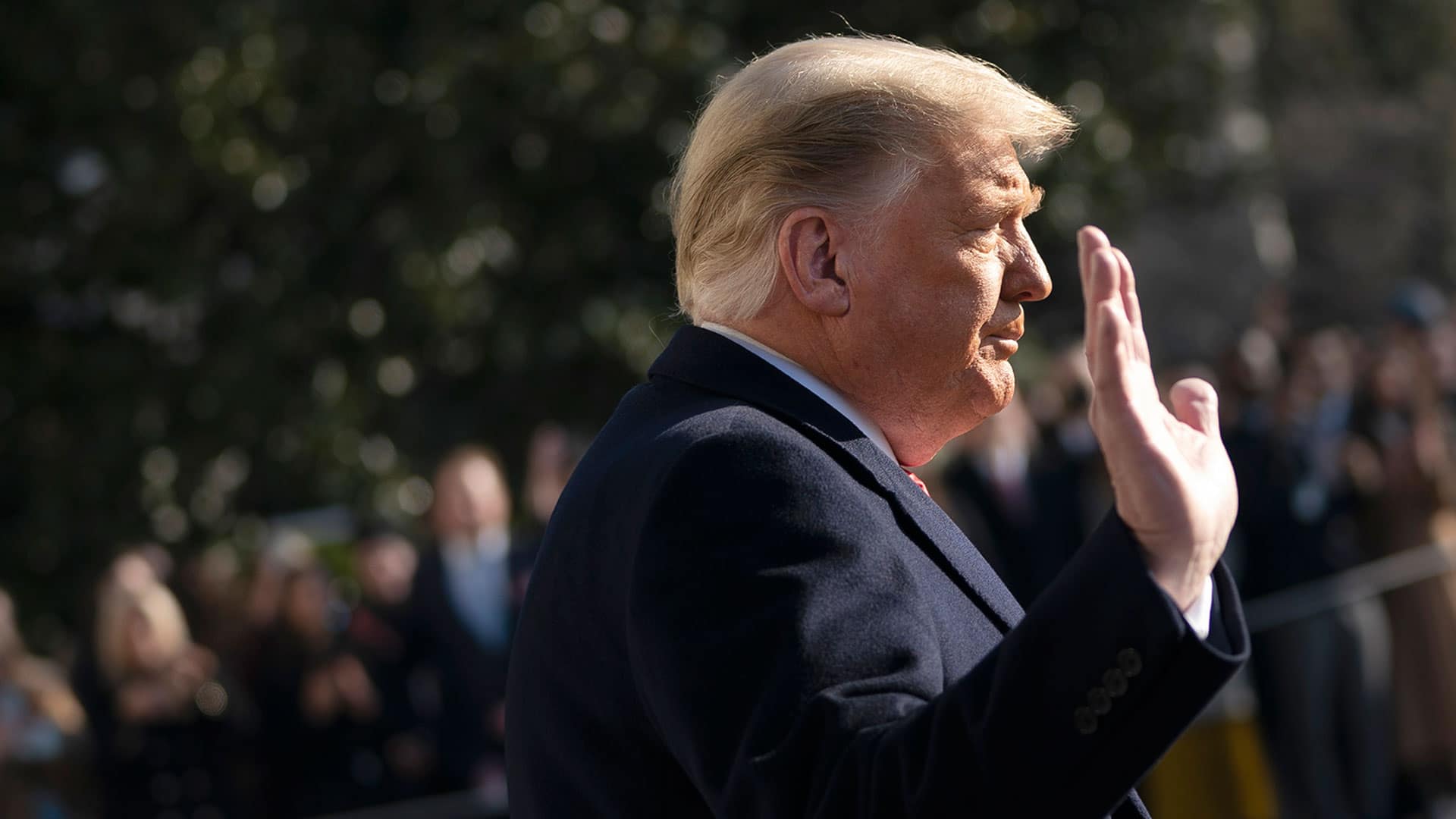 The U.S. House of Representatives has impeached President Donald Trump for a second time, over his role in last week’s attack on Capitol Hill, but authorities across the country are now bracing for more possible violence from an Trump army of supporters, one week before president-elect Joe Biden’s inauguration. 4:11

However placid and rational Canadian politics might seem by comparison, an understanding of democracy’s frailty necessitates some constant level of concern about its upkeep — across the political spectrum. And there is wear and tear worth thinking about here, too.

Conservative strategist Ken Boessenkool, formerly an advisor to Stephen Harper, was among the first commentators in Canada to reflect in the wake of last week’s violence, writing that he “won’t tolerate casual Trumpism in my personal or political cohort anymore.” Going forward, he said, Canadian conservatives must become harsher judges of character and more diligent about who they associate with. To that end, he said that Conservative MP Derek Sloan — who has questioned the national loyalty of Theresa Tam and sponsored a petition that cast doubt on the safety of the COVID-19 vaccine — should no longer be allowed to sit with the Conservative caucus.

In an interview with CBC Radio’s The Current this week, Boessenkool suggested he wouldn’t want to work with a campaign that only wanted to stoke populist anger and said he’s encouraged by the private reaction from Canadian conservatives to what he’s had to say. But Boessenkool also stopped short of condemning a recently deleted page from the Conservative party’s website that accused the Liberal government of “rigging” the last election.

Conservatives levelled such accusations multiple times through 2018 and 2019, but Liberals resurfaced those charges last week after the attack on Capitol Hill. The Conservative party subsequently deleted the page, explaining that the content had become “stale dated” because it pre-dated O’Toole’s election as Conservative leader.

“Since Liberals were trying to falsely insinuate it was something new and recent, we took it down to prevent that from happening any further,” party spokesperson Cory Hann explained via email on Monday.

The Conservative claims of “rigging” were based on their objections to changes to the Elections Act proposed by the Liberal government — and both Boessenkool and Hann noted that MPs from other parties, including Liberals, used the term “rig” in 2014 while opposing changes made by the former Conservative government. Thus, perhaps no party has a an indisputable claim to the high ground here.

But all politicians should know that accusing your rival of engineering an unfair election result is among the most serious charges that can be laid and, if the reality of the situation does not actually rise to that level, you can fairly be accused of committing the very dangerous act of unnecessarily bringing the country’s democratic system into disrepute.

In this moment of reflection, O’Toole might choose to leave other elements of Andrew Scheer’s leadership behind too –like the party’s opposition to the UN global compact on migration. Under Scheer, the Conservative party joined several far-right parties in opposing the compact, claiming without any basis in reality that the Trudeau government’s decision to sign the statement of principles would compromise Canada’s ability to control its own borders. Scheer was pilloried for peddling misinformation and entertaining extremist views.

But Liberals, obviously now keen to point out anything that might be described as Trumpian, have also challenged O’Toole to account for his own language. As a candidate for the Conservative leadership, he promised to “take back Canada” — though it was never clear who had “taken” Canada, how it had been taken or on whose behalf he aimed to “take” it back. He dropped that phrase after becoming leader, but just before Christmas he adopted the populist theory that Canada can be divided between “somewheres” and “anywheres.”

Some of O’Toole’s colleagues have pushed their rhetoric further. Pierre Poilievre, the party’s finance critic, has warned that “global elites” are conspiring to push an agenda that threatens people’s freedom. In October, Leslyn Lewis, the former leadership candidate who is now set to run in a by-election in the Ontario riding of Haldimand-Norfolk, warned that a “socialist coup” was unfolding in Canada.

Conservatives might charge that it is really Prime Minister Justin Trudeau who needs to be more of a unifying figure. Recall, for instance, the Liberal government’s clumsily worded attempt to ban anti-abortion groups from using public funds to promote their cause. Significant responsibility for holding this country together — in all its geographic, social and political diversity — will always belong to the federal government. And Liberals should be sensitive to any evidence of social division, be it west versus east, rural versus urban or any other construct.

But the other interesting question for Trudeau’s Liberals is whether they will have left the major institutions of Canadian democracy better off than when they found them in 2015. Though no amount of parliamentary reform can necessarily prevent a phenomenon like Trump, it stands to reason that healthy and widely respected institutions can at least reduce the cynicism that drives dysfunction.

Trudeau’s decision to walk away from electoral reform will always figure prominently in this discussion, though it’s also possible that Canada’s first-past-the-post system provides better protection against extremism. It is, for instance, difficult to win a national majority government in the current system without appealing broadly across racial and ethnic communities. An independent Senate, the significant innovation that Trudeau did go through with, could also prove to be a useful check on any future government.

The Liberals made smaller moves to introduce new rules around omnibus legislation and prorogation, but in neither case did they go so far as to significantly curtail a government’s ability to abuse such tools — and the Liberals themselves have now made questionable use of both. Those might seem like rather minor issues when compared with the dysfunction of the American legislative system. But any system will suffer when governments and political parties give voters another reason to feel cynical.

Underlying everything that has befallen the United States though is a voluminous amount of lying and subterfuge. “Post-truth is pre-fascism, and Trump has been our post-truth president,” the historian Timothy Snyder wrote this past weekend. “When we give up on truth, we concede power to those with the wealth and charisma to create spectacle in its place.”

Beyond partisan politics and parliamentary procedure, the vital importance of truth and fact could frame efforts to address a number of policy and institutional issues, such as further strengthening the independence of Statistics Canada, regulating social-media platforms, finally fixing the woebegotten access-to-information system, increasing the independence of House of Commons committees, and addressing the decline of local media across Canada. It also puts an onus on the remaining mainstream media to be aggressive advocates for truth and substance.

As the United States has now amply demonstrated, defeating lies and untruths is frightfully difficult. But nothing about keeping a democracy is ever easy.