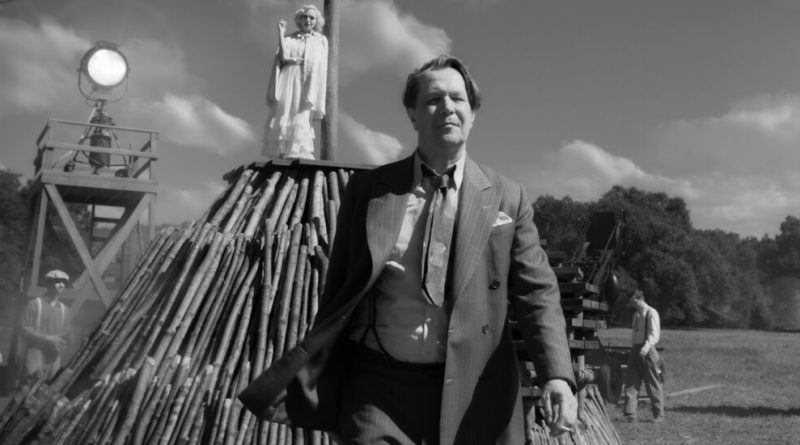 “Citizen Kane” has cast a vast cinematic shadow for nearly eight decades, sitting atop countless lists of the greatest films ever made.

And somehow, it only won a single Academy Award.

Though Orson Welles’s directorial debut came up stunningly short at the 1942 Oscar ceremony where John Ford’s “How Green Was My Valley” took the trophies for best picture and best director, the one thing “Citizen Kane” did get recognized for — its screenplay — is the subject of Netflix’s lavish new film “Mank,” directed by David Fincher.

Will “Mank” manage what “Citizen Kane” couldn’t and nab those two top Oscars? In a pandemic-pruned awards season, it has the look of a potential juggernaut.

Due Dec. 4 on Netflix after a limited theatrical release on Nov. 13, “Mank” tells the story of the Hollywood writer Herman Mankiewicz (Gary Oldman), who’s been tasked by wunderkind Welles with crafting “Citizen Kane.” For Mankiewicz, taking this screenplay job will involve some burnt bridges, as “Kane” is a thinly veiled take on the businessman William Randolph Hearst, whom Mankiewicz knows all too well.

As the film tells it, years earlier, Mankiewicz was a habitué of Hearst’s glittery parties, where the screenwriter brandished bon mots and forged a connection with Marion Davies (Amanda Seyfried), Hearst’s much younger mistress. But drinking and disillusionment caused Mankiewicz to fall out of Hearst’s favor — and Hollywood’s, too. Can he redeem himself by capitalizing on the offer from Welles and writing his greatest work?

Despite its single win, “Citizen Kane” still managed nine Oscar nominations, and I’d expect at least that many for “Mank.” In a year bereft of major action spectaculars and blockbuster theatrical releases, “Mank” has the opportunity to cut a wide swath through the technical categories, notching nods for its high-end production design, editing and costumes.

After shooting episodes of Fincher’s Netflix show “Mindhunter,” the cinematographer Erik Messerschmidt could triumph in his very first Oscar race for sumptuous black-and-white photography meant to recall Hollywood’s golden age. (The last black-and-white film to win in the category was another Netflix contender, “Roma,” in 2019.) And the period-evocative monaural sound may also catch Oscar’s ear, as could the swinging score from Trent Reznor and Atticus Ross, even though the duo will probably compete against their own work in Pixar’s music-driven “Soul.”

Fincher’s father, Jack, wrote the screenplay for “Mank” but died in 2003, long before his son would finally mount the film. It will be the elder Fincher’s only screen credit, and with its wall-to-wall witticisms, it’s a sure bet to secure him a posthumous Oscar nomination.

The best-actor race is filled with major performances this year, from Chadwick Boseman’s final role, in “Ma Rainey’s Black Bottom,” to Anthony Hopkins’s shattering work in the dementia drama “The Father.” Nevertheless, expect Oldman, who won in 2018 for playing Churchill in “Darkest Hour,” to contend again. I’m more excited about first-time recognition in the supporting-actress category for Seyfried, who’s surprisingly canny as Davies.

With all that wind at its sails in other races, “Mank” is a lock to be nominated in the best-picture and best-director categories. Can it win either, or even both?

The director race looks most favorable for Fincher, one of Hollywood’s best regarded directors who has been nominated twice before — for “The Social Network” and “The Curious Case of Benjamin Button” — but has never won. A lavish movie set in their own backyard would seem like just the thing to make Oscar voters go that final mile, though navel-gazing subject matter is no longer a guarantee: Recent best-picture contenders about show business, like Quentin Tarantino’s “Once Upon a Time … in Hollywood” and Bradley Cooper’s “A Star Is Born,” still were passed over in Oscar’s final minutes.

That said, the director race often tends to reward the most technically accomplished feat, and “Mank” is gleamingly expensive auteur work from a famously exacting director. Unless the academy favors something smaller this year — say, Chloé Zhao’s more intimate and freewheeling “Nomadland” — this feels like Fincher’s to lose.

Just last year, Alfonso Cuarón’s “Roma” won the best-director race in addition to Oscars for cinematography and foreign-language film, but still fell to “Green Book” in the best-picture category. Many credited that win to an anti-streaming firewall within the academy, but have attitudes changed enough in the meantime to allow “Mank” win Netflix its first best-picture Oscar?

Those holdouts may have no other choice. Though most studios are playing it safe this season with a sole contender pushed for consideration, Netflix is well-stocked with options this year, including Spike Lee’s “Da 5 Bloods,” Aaron Sorkin’s “The Trial of the Chicago 7,” and George C. Wolfe’s “Ma Rainey’s Black Bottom,” in addition to titles like Ron Howard’s “Hillbilly Elegy” and George Clooney’s “The Midnight Sky.”

It’s possible that a majority of nominees in all of the six top categories — the four acting races, as well as director and picture — could come from Netflix alone. In a season where few academy members are likely to set foot in a theater, it would make sense for a streaming service to finally prevail. Missing ‘The Nutcracker’? How to Get Your Holiday Fix at Home 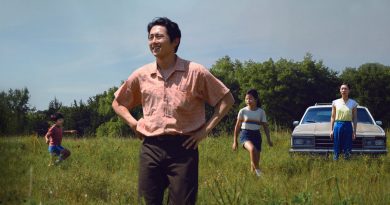 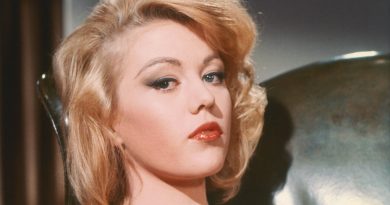