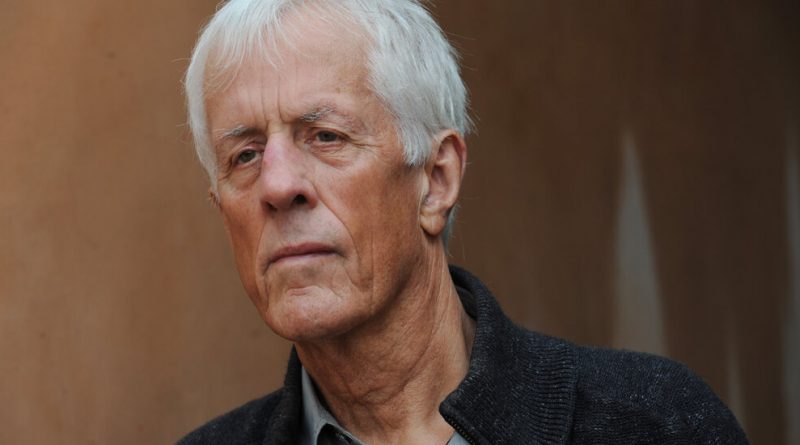 Every seven years or so for more than half a century, the filmmaker Michael Apted returned to what he referred to as his life’s work: documenting the same ordinary people he’d known since they were 7 years old.

Throughout nine installments of the “Up” series — which has been called the noblest, most remarkable and profound documentary project in history — Apted turned a restrained lens on class, family, work and dreams, both dashed and achieved, in his native England. The programs, beginning with “Seven Up!” in 1964, went on to inspire international copycats and even an episode of “The Simpsons.”

So when Apted died last week at 79, he left behind not only his enormous artistic undertaking, but a nontraditional family unit that was at once uncomfortable, transactional and as intimate as could be.

“It’s a bit surreal,” said Jackie Bassett, one of 20 schoolchildren originally featured in the series, who went on to become part of the core group that appeared every subsequent time. “He knew us so well,” she said in an interview, and yet she’d had no idea that the director was seriously ill.

In “63 Up,” from 2019, she processed on camera some of her decades-long frustrations with Apted’s handling of gender.

“We had our moments,” said Bassett, a working-class grandmother from East London who now lives in Scotland. “But it’s a bit like having a favorite uncle that you fall out with occasionally, yet it doesn’t alter the relationship. He introduced me to a life that I otherwise wouldn’t know anything about.”

Tony Walker, once a voluble boy who hoped to become a star jockey and instead became a taxi driver, said Apted was like a brother to him. “He’s always been there,” Walker said, choking up. “We never, ever thought it would come to an end.”

Now, in addition to the 11 remaining participants — one regular, Suzy Lusk, opted out last time and another, Lynn Johnson, died — Apted’s longtime collaborators are also pondering the fate of a project that has spanned their professional lives.

Claire Lewis, who started as a researcher on “28 Up” and later became a lead producer, said that Apted had always been “very proprietorial” about the series. But she recalled that on the press tour for “63 Up,” as it became clear that the director was becoming more frail and forgetful, he told a Q. and A. audience, “I suppose she could do it,” gesturing to Lewis.

“I could carry it on,” Lewis said, adding that it would come down to the subjects’ assent and the health of the crew. The cameraman, George Jesse Turner, and sound engineer, Nick Steer, have been with the program since “21 Up,” from 1977; the editor, Kim Horton, joined for “28 Up.”

“None of us are spring chickens — we’re all geriatric, honestly,” Lewis said, citing her own age as “70-ish.” “We’re going to need an ambulance, if we ever did it again, to take us all around. I think we’ll just have to say we’ll wait and see.”

Asked if she would participate without Apted, Bassett began to cry. She agreed that Lewis, who’d long had the job of keeping in touch with the cast between shoots, was the logical successor. (Walker concurred and was more enthusiastic about continuing.)

“70 and 7 do have a good symmetry,” Bassett said. “It would definitely have to be the last one for everybody.”

Mortality had already hung over the most recent installment. Another subject, the engineering professor Nick Hitchon, who started as a bashful farmer’s son from the Yorkshire Dales, learned he had throat cancer and struggled through his portion of filming.

Apted was “a fixture in my life,” Hitchon said in an interview from Wisconsin, where he moved to teach in the early 1980s. “Despite the fact that we’re not good at communicating as Englishmen, I did feel some closeness to Michael,” relating to him more and more with age, he said.

It was important for the “Up” series to see life through, from retirement to death, Hitchon said. But he preferred not to contemplate his own future participation. “To be honest, if I’m alive at 70, I will be very, very glad,” he said.

The “Up” series began as a one-off program for the current affairs show “World in Action,” on Granada Television. Apted was at first a young researcher, tasked with helping pick the children, and a casual suggestion from an executive to check in on them seven years later gave the project new life.

Along the way, Apted became a Hollywood director, helming projects as varied as “Coal Miner’s Daughter” and entries in the James Bond and “Narnia” franchises. He was also “begrudgingly referred to as the godfather of reality television, something he clearly objected to over the years,” said Cort Kristensen, Apted’s assistant-turned-producing partner.

“He cut his teeth making news programs and then got into scripted drama after that,” Kristensen said, “and he loved using the skills of both to enhance the other.”

“Up” was also a document of technological progress. Horton, the editor, recalled going “from splicing tape all the way now to pressing buttons,” with hours of footage kept on a hard drive the size of “a pack of cigarettes in my pocket.”

Yet the series has remained stubbornly straightforward, with spare narration and no music or modern techniques. It is optimized for watching every seven years, not bingeing, with plentiful catch-up footage repeated each time.

“Every seven years we’d get a new commissioner and a new executive producer, and they all come into the program thinking they’re going to make some change,” Horton said. “Michael saw them all off,” at first politely and then with a colorful two-word phrase.

His collaborators said that should they continue without him, this essence would carry through. “Michael felt very, very, very strongly that it must remain as it is,” Lewis said, noting that the director hated “tricksy, artsy-fartsy” documentaries.

“His preference was simplicity, elegance,” she said. “It was about people and what they say and who they are. It was all about the stories.” 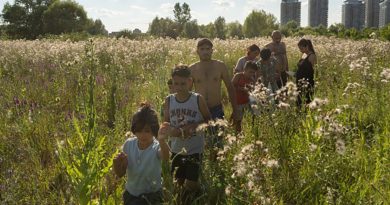 ‘Acasa, My Home’ Review: Civilization and Its Malcontents Melissa McCarthy and Ben Falcone on ‘Superintelligence’ and Living Comedy 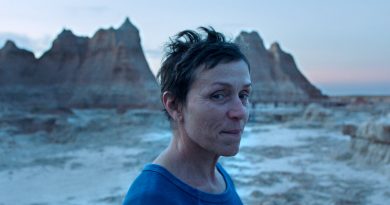 The Gotham Awards Honor ‘Nomadland,’ as Best They Can