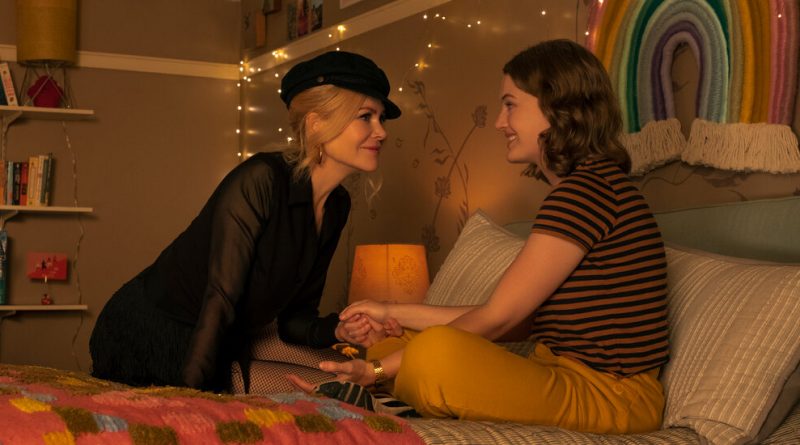 
Early in Ryan Murphy’s “The Prom,” a Broadway flack starts reading the reviews of a newly opened show about Eleanor Roosevelt, “Eleanor!” The gang’s all here, including the self-adoring stars, Dee Dee Allen (Meryl Streep) and Barry Glickman (James Corden). The drinks and laughs are flowing, and everyone is as lit as their bedazzled outfits. And then the flack starts reading the notice from The New York Times (hiss, boo). “This is not a review you want when you have crappy advance sales,” he bleats. “This is going to close us.”

In his review of “The Prom” on Broadway, my Times colleague Jesse Green amusingly reassured readers that this wouldn’t happen, deeming it “a joyful hoot.” It won’t happen with the movie, which is based on the show, for other reasons. “The Prom” starts streaming on Netflix on Friday, which means no amount of cheers or jeers will matter. On Netflix, the movie will sit alongside thousands of other titles, subject only to mysterious algorithms and sheltered from both critics and the box office. Its canny mix of nostalgia and idealism, old-fashioned conservatism and new-age liberalism will hit the spot for some, even if its vision of American unity is hard to recognize right now.

In its broad outlines, the story — a show-people lark wed to a morality tale about a teenage lesbian’s triumph — seems unchanged. Called out as unlikable narcissists (who can’t even make a hit), Dee Dee and Barry decide to rehabilitate their tainted reputations with celebrity activism. With their overripe second bananas, the archly named Angie Dickinson and Trent Oliver (Nicole Kidman and Andrew Rannells), they travel to an Indiana town, intent on taking up (uninvited) the cause of the heroine, Emma (Jo Ellen Pellman), a high schooler who’s been barred from bringing her girlfriend to the prom.

The theme and the story’s arc emerge when Dee Dee et al. descend on the town, waving placards and trumpeting indignation. “We are here from New York City and we are going to save you,” Barry announces to Emma, who’s embedded in a meeting filled with parents and other students. This joke is soon repeated, as often happens in this movie, where every rose is gilded and every laugh squeezed until it’s dry. “Who are you people?” asks the mother (a misused Kerry Washington) leading the homophobic charge. “We are liberals from Broadway,” Trent says, assuring that Team New York will fall on its smug face while securing its own redemption.

The tolerance message in “The Prom” is sincere, no matter how satirically delivered. And it’s easy to imagine that onstage the whole thing came off as charming (as a friend insisted), a quality not in Murphy’s paint box. (The charm of his TV series “Glee” sprang from the youth of his cast and the musical genre itself.) Murphy likes to go big and lightly bonkers, and his aesthetic is best described as Showbiz Expressionism: it’s splashy and ostensibly excessive without being threatening. In contrast to, say, the shocks of John Waters, for whom tastelessness is a revolt (aesthetic, political), Murphy’s excesses are tastefully vulgar strokes rather than a value.

The story unwinds with histrionics and homilies, jazz hands and twinkle toes, overly busy camerawork and hookless lung bursters. (Matthew Sklar wrote the music and Chad Beguelin wrote the lyrics and, with Bob Martin, the screenplay.) Some of the songs are cheeky (“we’re gonna help that little lesbian/whether she likes it or not”); others are as earnest as a daily affirmation (“life’s no dress rehearsal”). Taken together, they create a parallel narration that makes swathes of dialogue superfluous. “If you’re not straight,” Emma sings early on, “then guess what’s bound to hit the fan.” Later, she sings “nobody out there ever gets to define/the life I’m meant to lead.”

Pellman doesn’t look remotely like a teenager, but her melancholic sweetness is appealing and she has a quality of stillness that creates a much-needed oasis amid Murphy’s insistent din. It helps that, in contrast to her famous co-stars, she hasn’t been directed to oversell every note, whether musical or emotional. With her open face and pretty soprano, she turns her character into a recognizable adolescent and lets you see — and feel — Emma’s yearning, her hurt and belief that something better, more soul-nurturing, waits beyond the prejudices and provincialism of her town. Like Dorothy and countless others, Emma dreams of her place over the rainbow.

She gets it, with assistance from her soon humbled, ultimately victorious New York helpers (and the warm presence of Keegan-Michael Key as the principal). How this all goes down is as predictable as expected except that, in the year 2020, it’s also more fantastical than “The Wizard of Oz” at its trippiest. Here, all it takes for bigots to accept Emma and L.G.B.T.Q. rights is for Trent to call them out as hypocrites who should — in a sublimely narcissistic move — be more like their fabulous, righteous interlopers. In other words, if the haters would open their tiny, hard hearts, everything would be fine. You don’t have to be a cynic to know that is a crock. You just need to be an American. 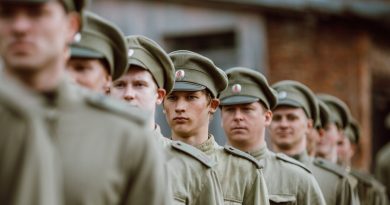 ‘Blizzard of Souls’ Review: A Soldier’s Tale From the Front 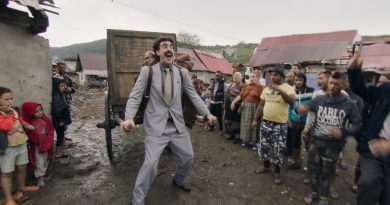 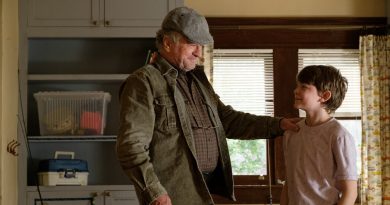 ‘The War With Grandpa’ Review: Robert De Niro Gets Juvenile