Connery didn’t want to continue to strike like thunder or, for that matter, lightning. Also, he wasn’t crazy about swimming with live sharks. The Bond films, he said, “don’t tax one as an actor. All one really needs is the constitution of a rugby player to get through 18 weeks of swimming, slugging and necking.” After the release of “Thunderball” he griped, “What is needed now is a change of course, more attention to character and better dialogue.”

The dialogue in what he thought was his last Bond film, “You Only Live Twice” (1967), was just fine. “I like sake … especially when it’s served at the correct temperature, 98.4 degrees Fahrenheit, like this is.” But character got short shrift. Stuffed with sumo wrestling; trap doors; an autogiro equipped with flamethrowers and missiles; a piranha pool; and, of course, a rocket base hidden inside a volcano, “You Only Live Twice” wasn’t exactly an actor’s breakthrough.

By this time, Connery’s boredom and even annoyance were obvious. And so he famously quit the series. Except for “The Molly Maguires” (1970), his next few films were unremarkable. Things weren’t going exactly as the freed agent had expected.

So for $1.25 million, 10 percent of the gross, and financing for two films of Connery’s choice, Eon lured him back for “Diamonds Are Forever.” Grayer, wiser and somewhat heavier, Connery nonetheless seems to enjoy himself in this bit of 1971 nonsense, reconciled to his increasingly cartoonish legacy. Stuffing a deadly cassette tape into a startled Jill St. John’s bikini bottom, he quips, “Your problems are all behind you now.” One of the screenwriters, Tom Mankiewicz, said, “There was an old pro’s grace about him.”

A dozen years later he returned yet again, to the non-Eon production “Never Say Never Again.” It was a pallid remake of “Thunderball.” But, Steven Jay Rubin wrote in “The James Bond Movie Encyclopedia,” “When he’s onscreen, the movie works. Fortunately, he’s onscreen a lot.”

Connery once described the part that has now made him immortal as “a cross, a privilege, a joke, a challenge. And as bloody intrusive as a nightmare.” But for those who cannot get enough beluga caviar or Walther PPKs, it remains a dream. Sean Connery as James Bond is forever. Meet Maria Bakalova, the Breakout Star of the ‘Borat’ Sequel 10 French Movies Set in Paris to Transport You There 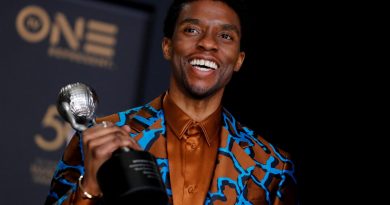