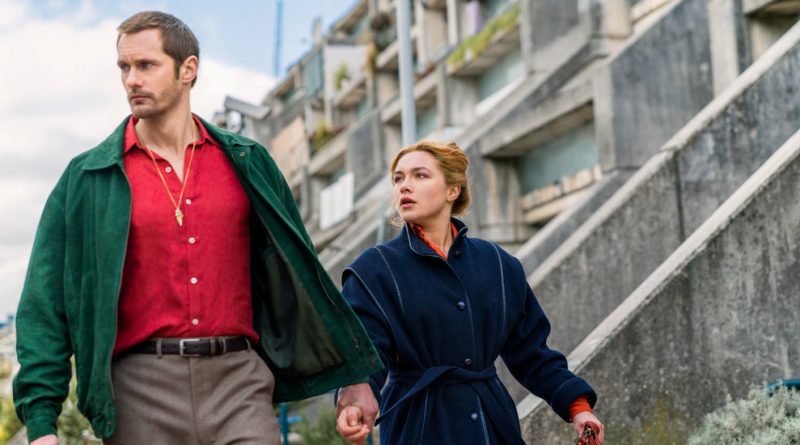 Few authors have had a better shake at the movies than John le Carré, whose sophisticated novels of Cold War atmosphere, moral ambiguities and wryly observed backroom machinations have long attracted talented filmmakers and leading actors.

While Alec Guinness’s definitive performance as George Smiley in the BBC mini-series versions of “Tinker, Tailor, Soldier, Spy” (1979) and “Smiley’s People” (1982) are currently not available to stream in the U.S., there’s still a range of quality le Carré adaptations to sample over a half-century stretch. Some go inside the not-so-fashionable lives of British agents while others follow outsiders — a bureaucrat, a hotel manager, an actress — as they’re brought into new worlds of intrigue and danger. These seven films and two mini-series give the flavor of le Carré’s uniquely jaundiced take on the spy thriller genre.

The first le Carré adaptation in any medium set the tone for the others that followed, establishing the spy game not as a life of glamour and adventure, but as a world blanketed by paranoia and suspicion, populated by world-weary men with inscrutable motives. Photographed in a perpetually gloomy black-and-white, the film casts Richard Burton as a British agent who works an elaborate ruse in the wake of an operative’s shooting death by East German troops. Showing outward appearances of displeasure with his station, including a fake demotion to desk duty in London, he makes himself the target of East German agents, who believe, falsely, they have a defector to turn.

Based on le Carré’s first novel “Call for the Dead,” Sidney Lumet’s thriller doesn’t articulate the international intrigue of the author’s work as well as later adaptations, but it’s notable for how thoroughly it undercuts any fantastical notions of what it’s like to be a spy. Though rights issues kept the studio from using the name George Smiley, James Mason plays the same character as a dreary cuckold whose wife (Harriet Andersson) hates him and whose job satisfaction is hitting rock bottom. When a former Communist seems to commit suicide the day after their pleasant meeting in a park, he suspects foul play, turning his attention to the late man’s widow (Simone Signoret), who doesn’t appear to be telling him the truth. Quincy Jones did the lively score.

From the beginning, le Carré adaptations have always been an implicit rebuke to the James Bond series, which may have been part of their appeal to ex-Bonds like Sean Connery, who were given opportunities to summon gravitas that 007 didn’t require. Connery doesn’t play a spy by trade in “The Russia House” but an expatriate British book publisher who’s brought in by British intelligence to investigate three notebooks containing Russian military secrets. The cast is loaded with character actors like J.T. Walsh, John Mahoney, Klaus Maria Brandauer and a particularly witty James Fox, but it’s Connery’s romantic chemistry with Michelle Pfeiffer, as a Russian feeding him information, that sets the film apart.

Rent it on Amazon, Apple TV and Vudu.

A year before ending his own run as James Bond, Pierce Brosnan allowed himself and the series to be subtly lampooned in “The Tailor of Panama,” which supplies him with the same double entendres and ostentatious good looks, but undercuts his suave image to comical effect. Banished to Panama City for womanizing and other indulgences, Brosnan’s British agent finds himself at home in a “Casablanca without heroes,” where he’s supposed to keep the Panama Canal from falling into the wrong hands, but winds up neck deep in the city’s pervasive corruption. With a half-lovable scoundrel for a hero, director John Boorman levels a sharp critique of British and American intervention in other countries.

For his follow-up to “City of God,” his electric treatment of organized crime in a Rio de Janeiro favela, director Fernando Meirelles looks again at the disadvantaged, but from the perspective of a midlevel British bureaucrat investigating Big Pharma’s exploitation of poor people in Africa. The flashback structure of “The Constant Gardener” covers the before and after of an activist (Rachel Weisz) found murdered in remote Kenya. Her husband (Ralph Fiennes), who works for the British High Commission, initially accepts the official explanation for her death, but as he pokes into the cases further, he uncovers a plot by a pharmaceutical company to test an experimental drug on Africans at free treatment centers. The film is at once a widower’s rumination of a difficult marriage and an angry critique of first-world schemes in third-world nations.

In the role of George Smiley, the le Carré protagonist immortalized onscreen by Alec Guinness, Gary Oldman gives a performance so thoroughly internalized that he nearly disappears into the film’s beige, smoky backdrops. As the film opens in the early 1970s, Smiley has spent a lifetime in British intelligence, but the death of a mentor (John Hurt) in the early 1970s leads him into semiretirement. He soon re-emerges as part of an effort to uncover a Soviet mole within MI6, which offers him a shot at redemption and a chance to summon his expertise at stamping out subtle threats in his midst. This version of “Tinker, Tailor” has some trouble condensing its labyrinthine plot, but as a mood piece, it captures le Carré’s essence perfectly.

Stream it on Netflix. Rent it on Amazon, Apple TV, Google Play, Vudu and YouTube.

With his last leading role before his death in 2014, Philip Seymour Hoffman carries an existential heaviness common to le Carré heroes who bring the tragic mistakes of the past into a dangerous new job. That heaviness is certainly not leavened by director Anton Corbijn, who follows up the Ian Curtis biopic “Control” and the spy thriller “The American” with another grim story, this one connected to the threat of Islamic terrorism. Working to overcome a botched operation in Beirut, Hoffman’s German agent tries to recruit Muslim double agents in Hamburg to expose a moderate professor he suspects is laundering money to fund a terrorist operation. His mission is to make the world a safer place, but he worries that he’s doing deeper harm.

For this six-part series, written by the playwright and screenwriter David Farr and directed by Susanne Bier, le Carré’s 1993 novel about the intrigue surrounding a luxurious hotel in Cairo has been updated to the year 2011, as protests raged against Egyptian president Hosni Mubarak. Tom Hiddleston stars as a hotel manager who coolly reassures panicked guests seeking the next plane out of the country, but his access to the “worst man in the world,” an arms dealer played by Hugh Laurie, brings him into a plot to infiltrate his inner circle. Adding to a triumvirate of excellent lead performances — all three won Emmys — Olivia Colman is the coolheaded task-force chief who serves as the manager’s handler.

Stream it on Amazon Prime. Buy it on Apple TV and Vudu.

A director known for the glossy exuberance of “Oldboy” and “The Handmaiden,” Park Chan-wook seemed like a counterintuitive choice to unpack the internalized spy craft of a le Carré mini-series. But Park also specializes in the smooth orchestration of complicated plots and his stylistic brio pays off in both the show’s cosmopolitan flair and its tense set pieces. On the cusp of her breakthrough in “Midsommar” and “Little Women” the following year, Florence Pugh is terrific as a British actress in the late ’70s who’s recruited by a Mossad agent (Michael Shannon) to disrupt a Palestinian terrorist organization. It’s the role of a lifetime, but it thrusts her into a world of danger and moral compromise.

Stream it on Sundance Now. Buy it on Apple TV, Amazon and Google Play. 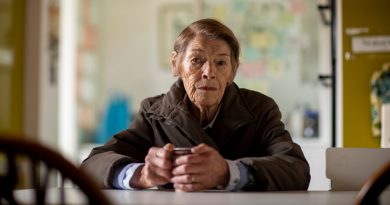 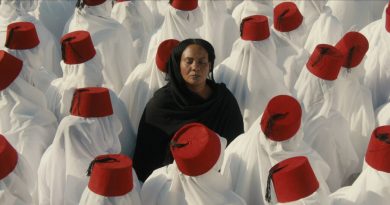 ‘You Will Die at Twenty’ Review: Death, and Life, on the Nile