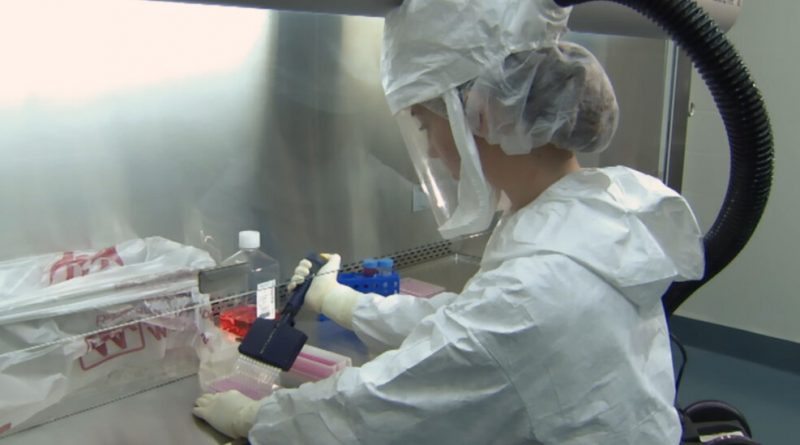 WASHINGTON — As the coronavirus raged out of control this spring, Alex Gibney, an Oscar-winning documentary filmmaker who has released two other movies this year, embarked on a secret project: a film that would “tell the origin story” of the pandemic that has cost more than 215,000 Americans their lives. He wanted to know if the carnage could have been prevented.

The resulting documentary, available now to rent through services like Amazon and Apple (and next week to stream on Hulu), lays bare what Mr. Gibney calls “a story of staggering incompetence.” It contrasts the response in South Korea, where fewer than 450 people have died, to that of the United States, where, in January, President Trump declared the outbreak “totally under control,” the phrase from which the film takes its title.

As a Washington correspondent who writes about health policy for The Times, I’ve been covering the Trump administration’s coronavirus response. I spoke with Gibney and his co-directors, Suzanne Hillinger and Ophelia Harutyunyan, about “Totally Under Control.” Our conversation was edited and condensed for clarity. (Full disclosure: Michael D. Shear, a Times White House correspondent, is featured in the film, and Eric Lipton, a Times investigative reporter, was a consultant.)

SHERYL GAY STOLBERG We’ll begin at the beginning. I’m interested in knowing how this idea came to you.

ALEX GIBNEY A friend of mine had died from Covid, another friend was two weeks on a ventilator. I had other friends who were desperately trying to get into hospitals, being turned away, couldn’t get tests. And it occurred to me that there was something deeply wrong with the federal response to Covid. And so I thought it would be important to do a film — and a film that hopefully could come out quickly — that would focus on the early days, to go back to the origin story to the weeks and months when a lot of this pain and suffering could have been prevented.

STOLBERG Why compare the United States and South Korea?

GIBNEY Because otherwise you might get lost in the notion that something like this just happened, and there wasn’t anything we could do about it. And, South Korea, a country with a highly dense urbanized population — 51 million people — seemed an appropriate comparison.

STOLBERG Did you film this in secrecy?

GIBNEY We didn’t announce it — I think that’s the best way of saying it — to avoid publicity going in, in hopes of trying to persuade people to talk to us.

STOLBERG You interviewed people outside the administration. Did you ask for anyone else inside to talk to you?

STOLBERG Welcome to my world. To me, the newsiest and the most compelling element of the film was the interview with Max Kennedy, a young volunteer who led a crew of other 20-somethings — working with their own computers and cellphones — on a fumbling hunt for supplies overseen by the president’s son-in-law, Jared Kushner. How did you find him?

GIBNEY We were looking for him and then we got a tip from one of our executive producers that she knew him and would we be interested in being put in contact. He provided us, I think, with a level of detail that had not been available in any of those other pieces and that was really jaw-dropping. There was a lot of material from him that we weren’t able to include.

OPHELIA HARUTYUNYAN There was a very Kafka-esque story, where the volunteers were told that if they get any tips for any ventilators, they should send them to a specific person at FEMA, and so they would forward these leads to this FEMA rep. And then she came to them one day and she said: “You know, why are you forwarding these leads to me? I have nothing to do with ventilators, so please have people forward these to this link on the FEMA website for ventilators.” And Max said that when he went on the website, it was very unclear but when he clicked on enough links, he actually got redirected to an email, and that email would forward to Max Kennedy’s team. So they were forwarding these ventilator leads to themselves.

STOLBERG You also interviewed Rick Bright, the federal whistle-blower, who says he pleaded with higher-ups in the administration to take the pandemic more seriously, and Mike Bowen, a mask manufacturer, who spent 13 years trying to get the federal government to stock up on medical masks. Did it surprise you that they choked up while talking to you?

HARUTYUNYAN No. These are people who go into the health profession because they want to help people, they want to give people better lives, they want to protect Americans. It’s a very emotional responsibility they have, and I think it’s deeply frustrating to not be able to do that.

STOLBERG Why do you think there was such a difference in the outcome in South Korea and the United States? Is it because our politics are so polarizing?

HARUTYUNYAN The politics in South Korea are actually just as polarizing as they are in the U.S., but because they had the experience of enduring MERS [Middle East Respiratory Syndrome, another illness caused by a coronavirus], they knew how bad this could get and they set politics aside. That is something that our administration was not capable of doing.

STOLBERG One thing that blew my mind was the South Korean system of contact tracing, finding people on their cellphones. Did you ask anybody if that had been considered here?

HARUTYUNYAN When we interviewed the South Korean folks we would always ask, “Do you think that’s something that could happen in America?” I think the South Korean people have decided that the public health is more important than privacy.

STOLBERG An editor wondered if this film would be the “Fahrenheit 9/11” — the Michael Moore film released the summer before the 2004 election — of the coronavirus pandemic.

GIBNEY I hope it has an impact — a powerful impact like “Fahrenheit 9/11” did. Here’s the thing, though: we made it as a film that was just about competence. And that’s what we were looking at, to see whether or not this thing had been bungled. We also made it to have an impact — as in right now. That was always the intent. And I think that particularly for those people who are still undecided, this issue of the pandemic is huge.

STOLBERG The timing of this film is no accident, three weeks before the election.

GIBNEY There were a lot of people who felt that we should collect evidence but wait for a year or so, and then render a historical verdict on this moment. But in this case, it was important to put that story before the American public, at a time when they were making a critical choice about the future of the country.

STOLBERG So now you have had this really dramatic event that has just happened. The president gets coronavirus and the whole White House becomes a hot spot. I couldn’t help but wonder if you were thinking, “Wouldn’t it be a great ending?”

GIBNEY A week ago Thursday, we officially finished the film. And so, we debated long and hard: Should we open up the film? Should we delay it? And ultimately, we ended up putting a card in the film that says, “The day after this film was finished, President Trump declared positive for coronavirus.” It was a way of saying that we were ending a film there, but the story goes on. 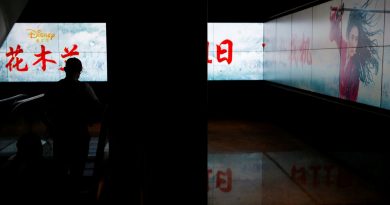 Disney Wanted to Make a Splash in China With ‘Mulan.’ It Stumbled Instead. 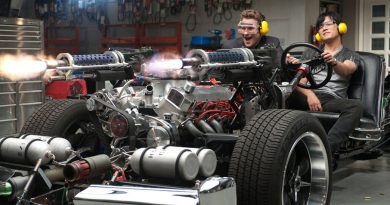 Stream These 15 Movies Before They Leave Netflix This Month