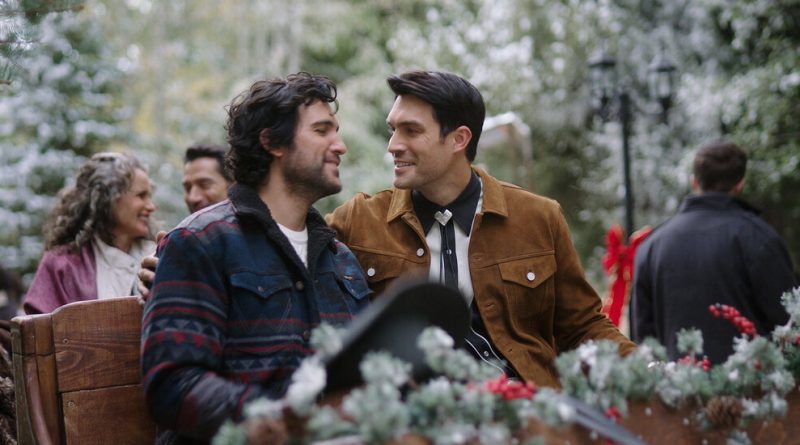 I gasped so loudly, it sounded like Judy Garland had shown up at my Christmas party.

It happened during “Dashing in December,” a new holiday film on the Paramount Network about two men who fall in love on a ranch. I involuntarily inhaled as Wyatt, a stuffy venture capitalist, locked lips with Heath, the sweetheart ranch hand. Watching it made me feel like Santa put me at the top of his nice list.

I’m gay. I kiss men. Never at a ranch, once at a Denny’s. But there was something so surprisingly renegade about the movie’s smooch. Leading men just don’t kiss each other in the conservative fraternity of holiday TV movies.

They do now. As I recently reported, this year there are six new holiday-themed films with gay and lesbian leading characters, including “Happiest Season” (Hulu), “The Christmas House” (Hallmark Channel) and “The Christmas Setup” (Lifetime). In this chaste genre, that’s a milestone.

Nia Fairweather thinks so, too. She plays an Afro-Latina woman of fluid sexuality in the new indie “A New York Christmas Wedding,” now on Netflix.

This change is significant for me, a holiday movie fan whose biggest gay Christmas memory is George Michael gazing lovingly at Andrew Ridgeley on the cover of the Wham! album “Last Christmas.” But as I reported the article, I wondered if I was overstating the arrival of a New Queer Christmas Cinema. Will we look back on horrible 2020 — as I think we will — as the year that finally gayed up Christmas movies?

I called up holiday movie aficionados to ask: Is this a big deal?

“This is a big deal,” replied Joanna Wilson, the author of several books about Christmastime entertainment. “Queer people have been bosses and co-workers and siblings of the main characters. Being the central romance is very exciting and comes not a moment too soon.”

Blake Lee, who stars with his husband, Ben Lewis, in “The Christmas Setup,” framed it as an answer to a chaotic 2020.

“We are four years into a presidency that has attacked the L.G.B.T.Q. community and projected hate,” Lee said. “I feel like these writers with these stories were like, now’s the time.”

What holiday films provide — nostalgia, predictable formulas and an escape from real-world adversities like Covid-19, bankruptcy, bigotry — can be especially comforting to queer people, said Michael Varrati, the screenwriter of several holiday films, including the new “Christmas With a Crown.”

“Movie Christmas is a lot different than real Christmas,” Varrati said. “Not everybody has a great relationship with their family or has pristine memories of yesteryear.” In holiday movies, he added, queer people “get to live in the Christmas they always wanted or didn’t get to have.”

Jake Helgren told me he wrote and directed “Dashing in December” as an Americana romance and a “love letter to the ending” he wanted in “Brokeback Mountain.” Lawrence Humphreys, the film’s production designer, said the set was a teary mess as he and other crew members, straight and gay, watched the leading men kiss.

“We knew what we created was something beautiful,” said Humphreys, who has worked on several Christmas films. “It’s the sweetest thing I’ve ever been a part of and the one I’m most proud of.”

L.G.B.T.Q. holiday entertainment has roots in the days when the word “queer” landed with a punch to the face. Performers surreptitiously conveyed stereotypical gayness — through winks, camp, sass, frippery — that was evident to in-the-know audiences but sailed over others’ heads. Liberace’s television show featured a Christmas episode in 1954. Paul Lynde starred in “’Twas the Night Before Christmas,” a 1977 ABC special. That same year, “All in the Family” ran groundbreaking Christmastime episodes about the murder of Edith Bunker’s friend Beverly LaSalle, who refers to herself as a transvestite. (She was played by Lori Shannon, the drag stage name of Don McLean.)

L.G.B.T.Q. characters are now regulars on holiday-themed TV. But until this year, queer leads in holiday movies were few, relegated to low-budget indies like “Too Cool for Christmas” (2004), which was also released in a straight version, and “Make the Yuletide Gay” (2009). Supporting queer characters were mostly on the sidelines and white. That changed this year, as actors of color took on leading roles, including Fairweather, who is Afro-Caribbean, and Juan Pablo Di Pace, the Latino actor who plays Heath in “Dashing in December.” Transgender characters and actors are still rare, though.

And yet — it’s not. What you won’t see in these new films are activists, leathermen, butches or foul-mouthed drag queens. That’s not the Lifetime or Hallmark brand, so that’s no shock. But that’s what happens with assimilation. If gay people want straight people to believe our love deserves a holiday movie, don’t be surprised when straight people expect that movie to look like theirs.

To counter the new gay sweetness, I binged renegade holiday movies about queer people who are raunchy, vulgar, camp, deranged. Or as BenDeLaCreme, the “RuPaul’s Drag Race” star, put it: “the beautiful, bizarre things that queer people exposed themselves to when they had to search harder.” BenDeLaCreme is doing her part with a saucy new holiday special on Hulu with the “Drag Race” Season 5 winner Jinkx Monsoon.

Whatever the opposite of “The Christmas House” is, I watched it. There was “Naked City: A Killer Christmas” (1998), a Peter Bogdanovich film that used the fear of an Andrew Cunanan-style gay serial killer in service of a lurid thriller. On Amazon, the ensemble dramedy “Some of My Best Friends Are …” (1971) was set on Christmas Eve at a bustling Greenwich Village gay bar, featuring moving performances from Rue McClanahan and Candy Darling. (This paper called it “a very sad gay movie.”)

The value in these films — as grim and mirthless as they may seem — is that they paved the way for “Happiest Season.” They are historical benchmarks showing that L.G.B.T.Q. performers and creators made Christmas entertainment because — surprise! — they loved Christmas, despite the Scrooges who said they didn’t belong there.

My binge ended with “Letters to Satan Claus,” a new horror satire on Syfy about a girl who misspells her letter to St. Nick and instead summons the Angel of Death. Featuring a same-sex subplot, a trans actor (Xavier Lopez) and a nonbinary Santa creature, it’s Christmas counterprogramming at its queerest.

Yet Mike Zara, who wrote the film, seemed perfectly Hallmark as he talked about what inspired the story.

“It’s about finding joy through tragedy and darkness,” he said. “That sounds corny, but I wanted to talk about all the scars we carry with us. We can embrace them but also not live in that darkness forever.” 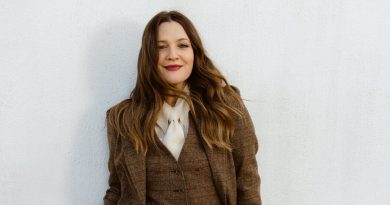 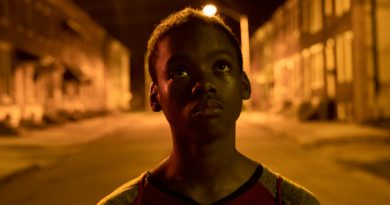 ‘Charm City Kings’ Review: Growing Up, and Almost Spinning Out 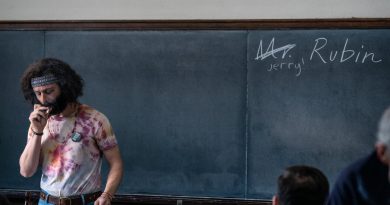 ‘The Trial of the Chicago 7’ Review: They Fought the Law