He is still hoping for progress in United Nations-sponsored talks to reunify the island, but the newly-elected leader of the Turkish Cypriot community is in favour of partition.

A first meeting with Ersin Tatar on November 3 produced an agreement for a new round of talks under UN auspices; but whereas Anastasiades will be talking about a federal state, as UN Security Council resolutions have specified, Tatar will be suggesting that other solutions are also examined.

“We deserve independence,” Tatar said, after winning 51.69 percent of the vote on October 18.

“We are fighting to exist within the Turkish Republic of Northern Cyprus. Therefore our neighbours in the south and the world community should respect our fight for freedom,” he said.

The TRNC was formed after Turkey invaded the island in response to a Greek coup attempt in 1974. Only Turkey recognises it.

UN-sponsored talks have since aimed at reuniting the Turkish Cypriot community with the Republic of Cyprus as a federation.

This is the process the defeated Turkish Cypriot leader, Mustafa Akinci, supported.

Ankara backed his opponent after he voiced fears of annexation to Turkey. Some believe his loss with 48.31 percent of the vote effectively marks the end of six decades of talks to reunite Cyprus.

“We were hoping that Turkey would be ready to proceed towards the resumption of the negotiations and we had indications that it was. Now there’s a rather nebulous climate,” said Andreas Mavoryiannis, Cyprus’s permanent representative to the UN and its former chief negotiator.

A break with the past?

“I do not see Turkey accepting a solution on Cyprus that doesn’t mean total and permanent control,” says Alexandros Mallias, a veteran Greek diplomat. “Turkey will propose an extremely loose confederation with very few powers conferred upon the central government, or a process of annexation,” he told Al Jazeera.

Osman Kalfaoglu, a journalist in northern Cyprus, said: “Turkey said that if Crans Montana fails they will implement ‘plan B’”, referring to the last, failed round of talks in 2017.

“Akinci didn’t find other formulas for a solution very feasible. So [Turkish President Recep Tayyip] Erdogan, violating election laws of the TRNC, advertised Tatar, especially in the final days of the campaign period.”

Kalfaoglu believes Tatar will now insist on a two-state solution but has effectively undermined his own authority.

“Tatar is irrelevant. He doesn’t know the Cyprus problem and he completely handed over the strings to Turkey,” he said.

Rebecca Bryant, who has conducted anthropological research in northern Cyprus for 30 years, says Turkey’s overt involvement in this election “is creating fear among Turkish Cypriots about what Turkey’s plans are”.

“Everyone, even the winning side, is concerned about the amount of polarisation that happened,” she says. “What we heard from some people in the villages was essentially that they should not vote for Akinci, that they could vote for anybody else but Akinci, and after the first round there was pressure to vote especially for Tatar.”

“I think everyone is holding their breaths at the moment to see what is going to happen.”

The Republic of Cyprus has kept a wait and see approach.

“I hope the positions expressed by the Turkish Cypriot leader until now are not his final goal, because in such a case we shall have a deviation,” said Anastasiades, three days after the election.

Ahmet Sozen, who heads the political science department at Eastern Mediterranean University in Northern Cyprus, pointed out that Turkish Cypriots have alternated between pro-partition and pro-federation presidents for the past 20 years.

He believes that by backing Tatar, Turkey is “strengthening its bargaining position” ahead of a new round of talks.

Turkish-Cypriots have gone along with this, he said, partly out of a sense of self-preservation.

“Among the 51 percent who voted for Tatar there are a lot of liberals, businesspeople who thought that if Akinci was elected, Turkey would cut financial aid – ‘we’ll be in a dire situation, so let’s go and support this guy unwillingly’.

“So my hunch tells me if there is a referendum for a federal solution in Cyprus tomorrow, there would be at least 50 percent of the population who would vote in support of federation.”

“What Mr Tatar says is not new,” said Cyprus’s former president George Vassiliou, who campaigned vigorously for a solution during his 1988-93 tenure.

“[Former Turkish Cypriot leader Rauf] Denktash always insisted on two states and this was always rejected by the EU and UN. I think it is an attempt to make an impression.”

“It is in Turkey’s interest to resolve the Cyprus issue, because what Turkey wants more than anything is to be involved in the Eastern Mediterranean, and not locked out as it is by Greece and Cyprus.”

Cyprus’s discovery of natural gas nine years ago prompted Turkey to conduct its own explorations in the disputed Eastern Mediterranean waters since 2014.

The EU has denounced these violations of Cypriot sovereign rights, but Ankara claims it is acting within an international legal framework.

Turkey’s explorations this year on what Greece claims as its continental shelf under the UN Law of the Sea has brought the two countries to the brink of conflict.

Andreas Mavroyiannis, Cyprus’s ambassador to the UN, believes Turkey’s display of power does not indicate a real policy change.

“Turkey … puts lots of irons in the fire and tries to use them all together to extract concessions,” he told Al Jazeera.

“They want to put confederation and partition on the table, and two-state solutions, and they are playing simultaneously at many levels.

“What Turkey is really willing to accept … we don’t know. It will only show in the end.”

On October 6, Tatar stood next to Erdogan as the Turkish president announced he would annex the abandoned resort town of Varosha on Cyprus’s east coast.

“Once Varosha’s gone any hope of putting the country back together is gone forever,” said Fiona Mullen, who heads the business consultancy Sapienta Economics in the Republic of Cyprus.

Bryant believes Tatar, under Erdogan’s direction, will agree to UN-sponsored talks, but with a twist.

“I think what is most likely is that the Turkish Cypriots will go to the UN talks for a federal solution but will demand something in writing beforehand that if the talks fail they can talk about other solutions, like partition. They’re looking for a velvet divorce, or at the minimum a confederation.” 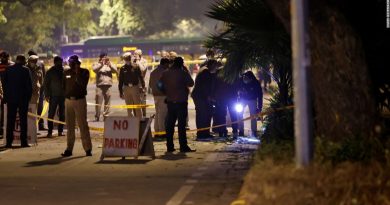