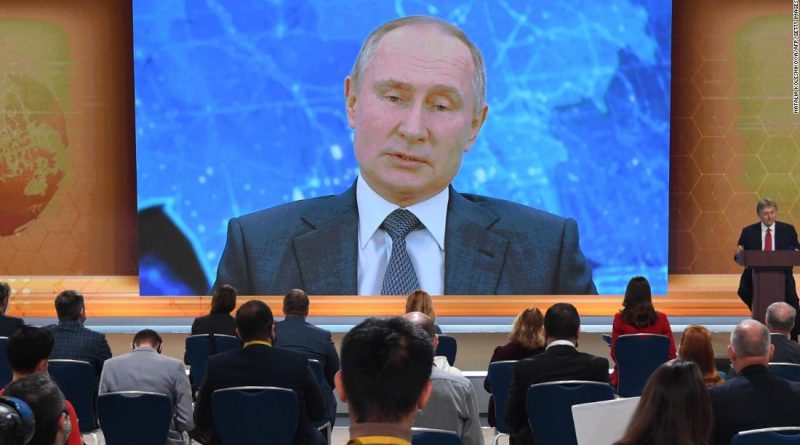 In his first comments on the investigation, Putin didn’t dispute any details of the findings but essentially confirmed that FSB agents did indeed trail Navalny.

Putin claimed without evidence that Navalny — whom he referred to as “this patient in the Berlin clinic” — is being supported by US intelligence services, adding, “if that’s correct, then that’s interesting, then of course [our] special services need to keep an eye on him.”

“But that doesn’t mean he needs to be poisoned, who needs him anyway? If [they] wanted to, they would’ve probably finished it,” Putin added. “But in this case, his wife asked me, and I immediately gave the order to let him out of the country to be treated in Germany… This is a trick to attack the leaders [in Russia].”

In CNN’s report published Monday, experts in toxicology said Novichok could take up to 12 hours to affect the nervous system, depending on the dosage and how it’s administered. Short of injecting exactly the right dose into someone, it is almost impossible for the perpetrator to dose Novichok so as to incapacitate rather than kill.

Putin described reports about Navalny — to whom he did not at any point refer by name — as “implanted stories.”

“There is actually nothing surprising about the fact that these implanted stories are taking place. They have always been and will always be,” he said.

Putin held the marathon press conference at his Novo-Ogaryovo residence in the Moscow region. A select group of socially distanced state media journalists, who had to undergo quarantine before attending, were in the room with him. Other journalists and citizens posed questions via video link from Moscow and elsewhere.

‘Russia is responsible for this heinous act’

Following Putin’s press conference, the US State Department pinned responsibility for the poisoning of the Russian opposition figure squarely on Russia and accused Russia of engaging in a “shameless disinformation campaign” to shift culpability for the crime.

“Russia has provided only wildly imaginative alternative theories in an attempt to sow doubt. Their goal is to make people wonder if there might be another plausible explanation for Navalny’s poisoning with a Novichok nerve agent,” a State Department spokesperson told CNN. “There is not. Russia is responsible for this heinous act.”

“Russia’s shameless disinformation campaign, including its efforts to shift the blame for Mr. Navalny’s poisoning, will not deter us and our allies from seeking accountability for this crime,” the State Department spokesperson said.

The spokesperson noted that “Russia has a record of targeting opposition figures and dissenters with chemical agents in the past — including the Skripals in the UK in 2018.“

“Broadly speaking, the United States is troubled by Russian authorities’ efforts to crack down on the political opposition,” they said. “We also note with grave concern that this incident follows a trend of suspicious incidents against opposition and other figures critical of Russian authorities.”

In a short Q&A session after the 4.5-hour event, Putin claimed the CNN-Bellingcat investigation, which established that a group of FSB agents trailed opposition leader Navalny using billing data obtained by Bellingcat, was a form of “information warfare” facilitated by foreign special services.

Asked whether he believes that the personal data of Russian security officers being “stolen” by other intelligence agencies is a “routine thing,” Putin replied: “This happens all the time and this happens everywhere, we know that they are not even hiding that, and some former employees of the NSA talk about this in general, not only in terms of us but even their own citizens.

“This is how the special services work there. I honestly don’t see anything [special] in it, this is just a compilation, a dump where everything is being dumped, dumped, dumped in hopes that it will make an impression on the citizens, instill mistrust towards political leadership,” Putin added. “This is one of the forms of information warfare.”

Putin’s spokesman, Dmitry Peskov, was also asked why Navalny was being surveilled by a group of FSB agents, identified in the CNN-Bellingcat investigation.

“The president said why they are keeping an eye on him… the growing ‘ears’ of foreign special services and, as we have repeatedly said, the various statements about overthrowing the government also raise a lot of questions,” Peskov said.

Meanwhile Navalny, who continues his recovery in Germany after spending weeks in a coma in Berlin’s Charite clinic, responded Thursday for the first time to questions from the Russian authorities about the poisoning.

“I spent the entire first half of the day in the German prosecutor’s office. They interrogated me at the request of the Russian side,” Navalny wrote on his Facebook page.

“[Russian authorities] asked [the German side] to interrogate me and sent in their questions. I was asked these questions, the answers were protocoled and will be sent to Moscow,” Navalny added in his post.

Russian authorities have been requesting materials from the German investigation for months.

Putin also addressed the question of Russia’s troubled relations with the United States, saying he hoped some of the problems would be resolved under the incoming administration of President-elect Joe Biden.

“We proceed from the fact that the elected president of the United States will understand what’s going on — he is an experienced man, both in domestic and foreign policy,” Putin said.

Putin congratulated Biden on his election victory this week, six weeks after the vote and after the Electoral College officially affirmed Biden’s win.

Asked why the Russian hackers did not “help get Trump elected” in the 2020 presidential run, Putin slammed the question — from famous musician-turned-journalist Sergey Shnurov — as a provocation and once again denied any interference in US elections.

“Russian hackers did not help the still-acting US president get elected and did not intervene in the internal affairs of this great country,” Putin said. “This is just a speculation. It is a pretext to hurt US-Russia relations; it’s a pretext to not acknowledge the legitimacy of the still-acting head of state of the US due to internal political reasons.”

The US intelligence community has concluded that Russia interfered in the 2016 US presidential election to help then-candidate Trump. That conclusion was supported in a bipartisan report from the US Senate Intelligence Committee earlier this year.

Trump repeatedly dismissed claims that Russia tried to help him win in 2016 as a “hoax.”

CNN has reached out to the US Office of the Director of National Intelligence for comment, but has received no response.

Shnurov, of television station RTVI, also half-jokingly asked Putin if Russia would be willing to support Trump after he leaves office and give him a job or an asylum in Russia, as granted to former NSA contractor Edward Snowden.

“There is no need for Trump to seek a job [in Russia]. Almost 50% of the population voted for him if we count the popular vote and not the electoral college,” Putin said. “[Trump] has a fairly large support base within the United States, and, as far as I understand, he is not going to leave the political life of his country.”

Putin then accused the US intelligence services of interfering in Russia’s domestic affairs by “planting” stories about the financial activities of his family and allies, without offering any evidence.

“That’s the State Department and the US security services, they are the real authors. Anyway, this has clearly been done on their orders. This is absolutely obvious,” Putin said. He added that “the goal is to take revenge and attempt to influence public opinion in our country.”

Putin, who has been in power for two decades, said he had not yet decided whether he would stand again for President in 2024, when his current term expires.

A constitutional amendment voted through earlier this year by Russian lawmakers and approved in a national referendum could allow him to stay in power until 2036.

Earlier in the press conference, Putin — who is 68 — confirmed that he has not been inoculated with a Russian coronavirus vaccine, Sputnik V, as it is yet to be recommended for people older than 60.

“The vaccines that are being circulated among the general population today are intended for people in a certain age group, and the vaccines have not yet reached people like me,” said Putin.

“I’m a law-abiding citizen in that matter, I listen to the recommendations of our specialists and so far haven’t taken it. But I will do it as soon as it becomes a possibility.”

Russia registered Sputnik V in August ahead of key large-scale Phase 3 trials necessary to establish the vaccine’s efficacy and safety, drawing skepticism both in Russia and internationally. According to the product description, the vaccine is recommended for use in people aged 18 to 60 and is not advised for people with a number of chronic diseases and health conditions.

“I think it’s necessary to [have mass vaccination], specialists across the world say that mass vaccination is one of the very few ways to overcome this pandemic, it should create population immunity,” Putin said. “And I repeat that our vaccine is effective and safe, so I see no reason not to vaccinate.”

Phase 3 trials are currently ongoing, but the country is already moving towards mass vaccination. The Russian Direct Investment Fund, which sponsored the vaccine’s development, said that more than 200,000 Russians had been inoculated as of December 14.

During the news conference, Putin also touched on production challenges faced by Russia, saying the country so far does not have enough “hardware” to manufacture the necessary amount of the vaccine and is working to increase the number of suitable production sites. 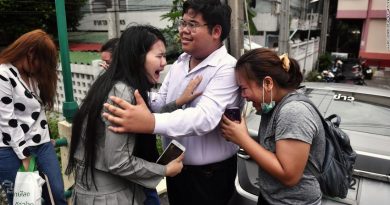 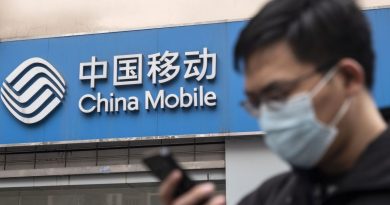