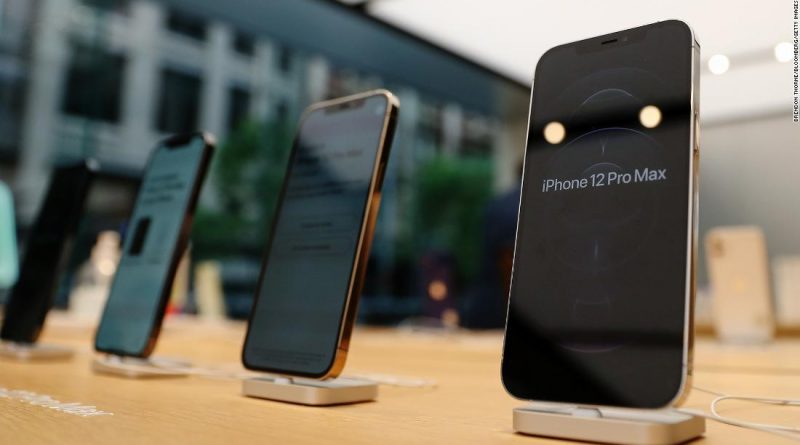 Strong iPhone sales pushed the company’s total quarterly revenue to a record $111.4 billion — well above the $103.3 billion Wall Street analysts had predicted. Apple (AAPL) posted earnings of $16.8 per diluted share, up 35% from the same period in the prior year.

iPhone sales were also even better than expected: Growing more than 17% year-over-year to nearly $65.6 billion, compared with the $59.8 billion analysts had expected. Apple executives last quarter had said they expected single-digit percentage growth in iPhone sales during the December quarter.

The total active installed base of iPhones worldwide is now over 1 billion, “driven by strong demand for the iPhone 12,” CEO Tim Cook said on a call with analysts Wednesday.

Despite the strong results, Apple’s stock fell more than 2% in after-hours trading Wednesday.

“In our view, the iPhone 12 has been Apple’s most successful product launch in the last five years,” Morgan Stanley analysts wrote in a note to investors last week, ahead of the report.

The company also announced a cash dividend of $0.205 per share, payable on February 11 to shareholders of record as of close of business on February 8.

The report comes as Apple’s stock has largely continued to soar in recent weeks. Its market cap this week reached an all-time record above $2.4 trillion.

“Our December quarter business performance was fueled by double-digit growth in each product category, which drove all-time revenue records in each of our geographic segments and an all-time high for our installed base of active devices,” Apple CFO Luca Maestri said in a statement.

Why so much pressure on the iPhone 12?

Hopes have been high for the iPhone 12 because it’s the first Apple device that can connect to 5G, the superfast wireless networks expected to create new capabilities for consumers and businesses.
The past several iPhone releases “haven’t really given users a reason to upgrade,” Tyler Ellegard, investment analyst at Gradient Investments, said in an interview ahead of the results. That led to disappointing iPhone sales numbers in recent years.
With the iPhone 12, experts predicted 5G connectivity could be a big enough change to encourage hundreds of millions of Apple users to upgrade. The fast download speeds and low lag time that 5G enables could make for a better experience using Apple services such as Apple Arcade.
However, there were also major questions surrounding the iPhone 12 launch: Would people really shell out for an upgrade during the economic recession caused by the pandemic? And with 5G networks still in their early days, would consumers experience enough of a difference to even want to?
D.A. Davidson Analyst Tom Forte said in a note last week that he believed Apple’s lineup of 5G smartphones was “better positioned than investors completely appreciate,” in part because of carrier promotions.

Some of the iPhone sales growth may not be because of 5G, but simply because consumers who hadn’t upgraded in a few years wanted other perks, such as the iPhone 12’s impressive array of camera features, Ellegard said.

What else are analysts watching?

The iPhone wasn’t the only big Apple product to go on sale in recent months. The company also released the eighth-generation iPad and a redesigned iPad Air, the Apple Watch Series 6 and a new Mac lineup powered by chips designed in-house.

Apple’s overall product sales during the quarter totaled nearly $95.7 billion. And the company’s total installed base of devices grew to 1.65 billion during the December quarter.

Analysts will likely focus on Apple’s services segment performance — revenue from the business grew 24% to nearly $15.8 billion. Apple now has more than 620 million paid subscriptions across its services, up from 140 million a year ago, said Maestri, the CFO, on the earnings call.

Although iPhones remain the company’s biggest revenue driver, it has been working to transition to being more of a services business. Apple’s fitness subscription offering, Fitness+, launched during the quarter, as did its services bundle, Apple One.

“Customers are loving the flexibility, challenge and fun of these classes, as well as how pairing with Apple Watch pushes you to achieve your fitness goals,” Cook said of Fitness+. “With new content being added to these services everyday, we feel very optimistic about where we are headed.”

The success of Apple’s stock likely has much to do with the services business, Gradient’s Ellegard said.

“People are changing how they value the company,” he said. “It’s easier to forecast future sales when you have the recurring subscriptions, and it’s also a higher margin business. It’s a better business model.”

During the call, Morgan Stanley analyst Katy Huberty asked Cook how he evaluates possible new markets for Apple. In recent weeks, there have been reports that the company plans to enter the virtual reality business with a headset that could launch as early as next year, as well as renewed rumors about an Apple car.

“We ask ourselves if this is a product that we would want to use ourselves, or a service that we would want to use ourselves, and that’s a pretty high bar,” Cook said. “And we ask ourselves if it’s a big enough market to be in … The kind of things that we love to work on are those where there’s a requirement for hardware, software and services to come together. Because we believe that the magic really occurs at that intersection.”

Later, he added: “We’ve got new things that we’re not going to talk about, that we think are going to contribute to the company.” 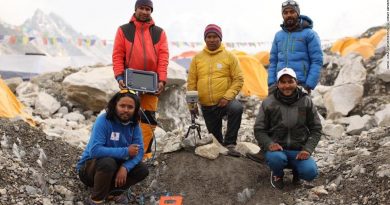 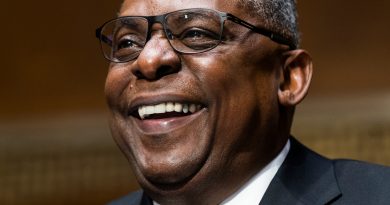 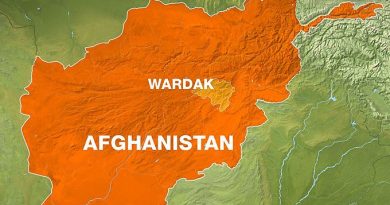