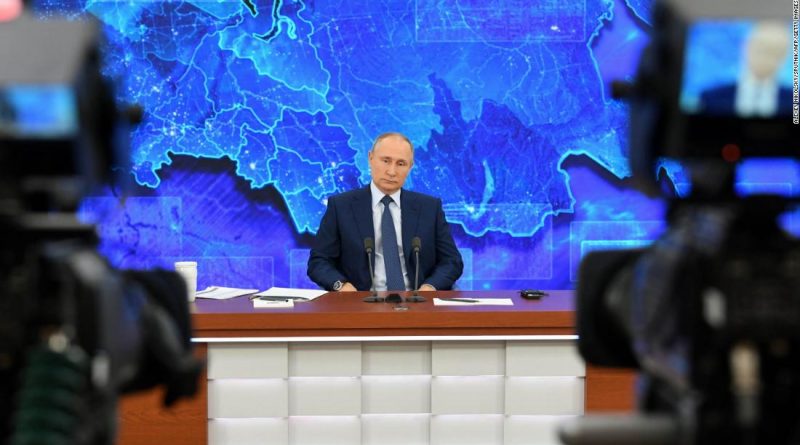 Observers were quick to read the fine print: The constitutional overhaul would reset the clock on presidential term limits, potentially extending Putin’s hold on power until 2036. A referendum was set for April, and Putin seemed to be coasting toward a presidency-for-life.

What followed instead was an annus horribilis for Russia, and perhaps Putin’s most challenging year to date.

As Covid-19 started to spread around the globe, Russia briefly appeared to be on the front foot. The country sealed its border with China, and Putin boasted that the virus was “under control,” thanks to what he described as robust early measures to halt the spread of the disease.

But that approach was little more than bluster and spin. Not long after the government announced a nationwide lockdown that began on March 28, it became clear the country was in the grip of a major public health crisis.

In April, Moscow recorded a death rate about 20% higher than the 10-year average, while authorities in the capital indirectly acknowledged that they were undercounting Covid-19 deaths.

The government was forced to postpone the referendum on constitutional changes.

Doubts grew about how well the Kremlin was handling the pandemic and whether it was leveling with the Russian public about the severity of the crisis.

Such suspicions only grew as Russian doctors and medical personnel turned to social media to raise the alarm about underfunded hospitals and a death toll they said was higher than officially acknowledged. Reports of frontline healthcare workers falling from windows and fires from faulty Russian-made ventilators further eroded public trust.

Russia’s economic situation was also dire. The country was mired in a coronavirus-induced recession, compounded by plummeting global prices for oil, a key export.

By the middle of the year, the World Bank was projecting that Russia’s 2020 GDP growth would shrink by 6%, an 11-year low, accompanied by a spike in unemployment and rising poverty levels.

Such profound economic stress threatened to derail the ruling United Russia party’s political program by exposing deep weaknesses in the social compact that has kept Putin in power for two decades.

Putin’s political durability is often attributed to a simple bargain between him and his citizens: Accept limited political competition in exchange for stability and steady increases in the standard of living. But amid the pandemic, that deal has begun to unravel.

In July, protests erupted in the far eastern city of Khabarovsk, where thousands took to the streets in extremely unusual street protests in support of the region’s governor, Sergei Furgal, who had been arrested and charged with orchestrating the murders of two businessmen in 2004 and 2005. Furgal denied involvement in the murders. His supporters saw the case as a politically motivated prosecution of a regional opponent of United Russia.
Perhaps equally worrying for the Kremlin, street protests swept neighboring Belarus in August, after the incumbent President Alexander Lukashenko, often described as Europe’s last dictator, claimed victory in an election observers said was marred by widespread fraud.

Lukashenko, who has ruled since 1994, refused to step aside and his security forces brutalized and detained thousands of Belarusians, leaving the Kremlin faced with the uncomfortable scenario of citizens in a neighboring and closely allied country refusing to play along with Russian-style sham democracy.

The Kremlin did manage to hold the nationwide referendum that secured constitutional changes, with the help of a nationwide get-out-the-vote campaign, a state holiday and the mobilization of the country’s large state sector, which accounts for a large part of the workforce.

But Putin’s system of managed democracy faced a new moment of crisis later in August, when opposition leader Alexey Navalny became critically unwell on a flight from the Siberian city of Tomsk to Moscow.

Navalny had been leading a campaign called “smart voting” — an effort to get out the vote for the candidates in local elections who had the best chances of defeating United Russia candidates.

The Kremlin critic was eventually flown to Berlin for treatment, after Russian doctors initially insisted the opposition leader was too gravely ill to make the journey.

The German government later revealed that tests proved he had been poisoned with a chemical nerve agent from the Novichok group.

The Kremlin denied any attempt to harm Navalny, and Russian state television has spun a range of conspiracy theories to explain away the apparent assassination attempt.

In mid-December, a CNN-Bellingcat investigation uncovered evidence that Russia’s Federal Security Service (the FSB) formed an elite team specializing in nerve agents that trailed Navalny for years.
During his marathon annual press conference, Putin’s comments on the Navalny reports were as much a boast as they were a denial. “Who needs him anyway? If [Russian agents] wanted to, they would’ve probably finished it,” Putin said.

Navalny’s poisoning, in effect, demolished much of the goodwill that Russia had sought to build internationally amid the pandemic.

In early April, the Russian government scored a PR coup by sending ventilators and protective equipment to New York to help hospitals on the front line of the crisis.
It was symbolism over substance: The ventilators were the same model that caught fire in Russian hospitals, and the US Federal Emergency Management Agency said they were never used.

The Russian government also threw its weight behind efforts to develop a coronavirus vaccine, a project that became a matter of national prestige.

In August, Putin announced to much fanfare that Russia’s domestically developed vaccine — called Sputnik V, a name inspired by the Cold War space race — had been approved for public use, even though it had not been through Phase 3 trials. That rush to be first drew international skepticism, as did the Kremlin’s subsequent acknowledgment that Putin himself would not receive the jab.
That’s not surprising: Information about Putin’s health is a closely guarded secret, and the presidential administration has taken extraordinary measures to protect the head of state from coronavirus, including the installation of a special “disinfectant tunnel” for visitors to his residence outside of Moscow and in the Kremlin.

The outbreak of war between Armenia and Azerbaijan over the Nagorno-Karabakh region further tested the Russian government’s crisis-management skills in 2020.

While the brief but intensely bloody fighting ended with the deployment of Russian peacekeepers to Nagorno-Karabakh, the ceasefire deal also showcased the regional clout of Turkey. Russia is no longer the only indispensable power in the post-Soviet space.

Kremlinology is an inexact science, but as 2020 draws to a close, one wonders if Putin is reconsidering those apparent plans to stay on as president until 2036.

After all, Russian lawmakers drew up a possible escape plan for the Kremlin leader, approving legislation that would give former presidents lifelong immunity from criminal prosecution.

The bill by no means implies the Russian president’s imminent departure from office — after all, Putin is a man who likes to keep his options open.

But for some observers, the bill was reminiscent of former Russian President Boris Yeltsin’s surprise handover of power to then-Prime Minister Putin on New Year’s Eve, 1999. One of Putin’s first acts as president was the signing of a degree granting Yeltsin immunity.

The end of this convulsive and difficult year, then, is likely to leave keen Russia-observers watching for any fresh New Year surprises from Putin. 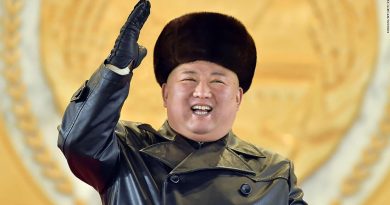 To concede, or not concede, Trump faces defeat | US & Canada