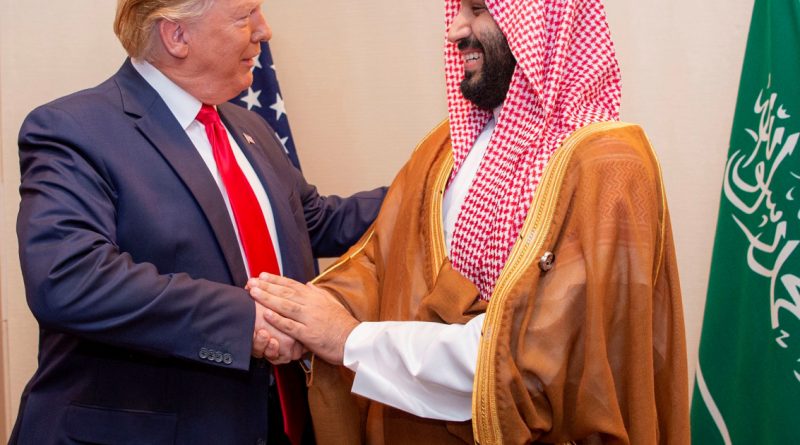 US President Donald Trump’s administration plans to sell nearly $500m in weapons to Saudi Arabia, US media outlets have reported, a move that one expert slammed as “a moral outrage”.

Citing two unnamed sources familiar with the issue, Bloomberg reported that the State Department notified Congress on Tuesday that it was moving ahead to issue a licence for the sale of precision-guided, air-to-ground munitions to Riyadh, estimated to be worth $478m.

US weapons manufacturer Raytheon Technologies Corp will be able to sell the weapons directly to the Saudis when it receives the licence, Bloomberg said.

The Washington Post also reported that the weapons would be produced in the Gulf kingdom as per the terms of the deal, which has been in the works since early 2019. The agreement also includes a $97m internal security communications system, the newspaper said.

News of the proposed sale, which Al Jazeera could not independently confirm, came as Trump entered the final weeks of his presidency.

The Republican leader has been a staunch supporter of Saudi Arabia, a longtime US ally, and the country’s de facto leader, Crown Prince Mohammed bin Salman, making strong US-Saudi relations a pillar of his administration’s Middle East policy.

The war in Yemen began in 2014 when Houthi rebels seized control of large swaths of the country, including the capital, Sanaa.

The conflict escalated in 2015 after Saudi Arabia and the United Arab Emirates assembled a US-backed military coalition in an attempt to restore the government of Riyadh-backed Yemeni President Abd-Rabbu Mansour Hadi.

US politicians have criticised Trump’s unwavering support for Riyadh and, in particular, the administration’s continued aid to Saudi-led forces in the war-torn country, which faces a dire humanitarian catastrophe.

Trump vetoed a bill in Congress last year seeking to end US backing for the Saudi-led war effort.

The United Nations warned last month that Yemen could see the worst famine in decades.

Nader Hashemi, director of the Center for Middle East Studies at the University of Denver, said the planned US arms sale to Saudi Arabia is “a moral outrage”.

“This new shipment of arms only deepens American complicity with the crisis in Yemen, widely viewed to be the worst humanitarian crisis on our planet,” Hashemi told Al Jazeera in an email Thursday.

“This new shipment of arms needs to be understood in relation to Trump’s final days office. He is pardoning his corrupt friends and allies and absolving Blackwater guards of war crimes in Iraq, for which they were convicted in a US court of law.”

The Washington Post also reported this week that the US is weighing a request to grant MBS immunity from US federal prosecution in a case involving alleged threats made against a former top Saudi intelligence officer.

“This is no time to be selling bombs to Saudi Arabia given its role in killing thousands of civilians in air strikes on targets in Yemen,” said William Hartung, director of the arms and security programme at the Center for International Policy, a non-profit group in Washington, DC, about the reported arms deal.

Hartung said in an email that the sale to Riyadh, like a recent $23bn US arms deal with the UAE, could enable violations of international humanitarian law.

“The fact that the Trump administration is pushing these deals on its way out the door is outrageous. Congress and the incoming Biden administration should block these sales as soon as possible,” Hartung told Al Jazeera.

US President-elect Joe Biden, who will be inaugurated on January 20, has promised to “reassess” the US-Saudi relationship when he takes office.

“Under a Biden-Harris administration, we will reassess our relationship with the Kingdom [of Saudi Arabia], end US support for Saudi Arabia’s war in Yemen, and make sure America does not check its values at the door to sell arms or buy oil,” Biden said in October.