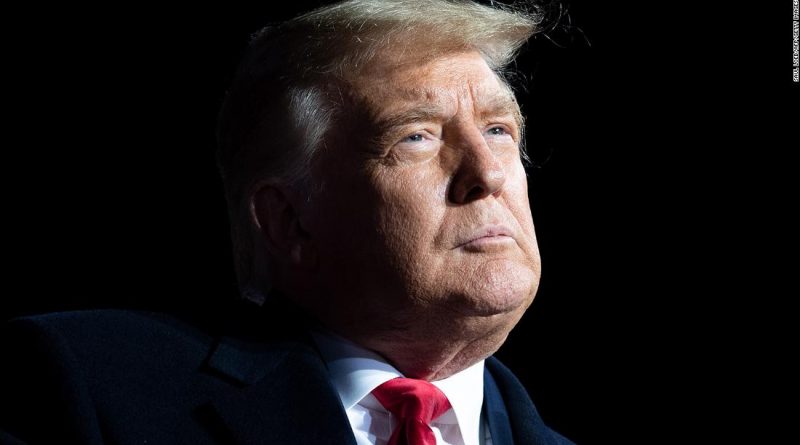 But as the president makes his case for a second term ahead of November’s election, he doesn’t have much to show for a bruising trade battle that has been a cornerstone of his foreign policy.

That uptick in the overall deficit probably has less to do with US-China relations than it does with the coronavirus pandemic, which stalled foreign trade as countries locked down their economies.

But it’s a rough look for Trump, who has made the deficit central to his spat with Beijing despite experts arguing that it alone isn’t necessarily a negative for the economy. Even before the pandemic hit, the gap between exports and imports was still higher than when he took office.
It also doesn’t help the United States that China has found relative economic success this year: The country’s exports and imports have been surging as its economy reopens. And while trade has taken a hit from the pandemic, China’s surplus with the United States was about $31 billion in September, according to Chinese customs data. The trade war also initially caused serious pain for American farmers, although a recent recovery in soybean sales has begun to draw some of the sting.

“The bottom line is that the tariffs caused a lot of collateral damage in the US and did not achieve their intended objectives,” said William Reinsch, a trade expert at the Center for Strategic and International Studies (CSIS) who served for 15 years as president of the National Foreign Trade Council.

Trump started off 2020 with a partial US-China trade deal in hand: The two countries agreed to reduce some tariffs and allow Beijing to avoid additional taxes on almost $160 billion of the country’s goods. China also agreed to purchase $200 billion worth of US products over the next couple of years.
That was before the pandemic upended the global economy. As of August, China was on pace to purchase less than half of what it had agreed to, according to an analysis from the Peterson Institute for International Economics. And while White House top economic adviser Larry Kudlow said that month that the trade relationship with Beijing was “fine,” talks to revisit the temporary truce and hash out future agreements appear to have been postponed indefinitely.

“The case for Trump’s failure is clear,” Reinsch said. “You can see it in his failure to make progress on the so-called ‘structural issues’ that were the basis for [the administration’s] actions in the first place.”

The two superpowers have yet to fully address some of Washington’s biggest complaints about Beijing, Reinsch said, including its favoritism for state-owned enterprise and Trump’s accusation that the country steals US technology. (Chinese officials have repeatedly denied such allegations and argued that any tech secrets handed over were part of deals that had been mutually agreed upon.)

“Those issues were all put off to phase 2 of the negotiations, which never began and now looks unlikely to begin,” Reinsch added.

Trump praised the “phase one” deal when he signed it in January, telling reporters that the two countries were “righting the wrongs of the past and delivering a future of economic justice and security for American workers, farmers, and families.”
Since then, Trump has reiterated that the deal is “doing very well,” even as Washington has pressured Beijing on other fronts, tightening the screw on tech companies such as Huawei and TikTok and threatening further sanctions.
“[Joe] Biden spent his entire career letting China steal our jobs and raid our factories,” Trump said during a campaign rally in Florida last week, referring to the Democratic presidential nominee. “And let me tell you something: If he ever won, China will own the United States, OK? They will own it.”

China, meanwhile, is emerging from the pandemic as one of the only major countries on seemingly sure footing. Its economy expanded by 4.9% last quarter compared to 2019 as it brought Covid-19 under control, a second straight quarter of growth. The International Monetary Fund expects China’s economy to grow by 1.9% this year, compared to significant contractions in the United States and Europe. The IMF projects China will be the only major economy to expand in 2020.
And even escalating tensions with Washington haven’t put off American companies from trying to grow their business with China. In addition to China’s strong recent trade figures, US foreign direct investment in China actually increased 6% in the first six months of 2020 from a year earlier. And China just raised $6 billion in an international bond sale that directly targeted US investors for the first time in more than a decade.

But the trade conflict will likely still have some lasting consequences for China, according to analysts at JP Morgan.

“Uncertainties raised by the clash are prompting a reallocation of export capacity away from China, led by third-party manufacturers,” they wrote in a report last week. The analysts said the global pandemic shock has helped China maintain some of the manufacturing it would have otherwise lost this year, but that eventually there will be a “more regionally diversified supply chain, as other Asian countries provide attractive alternative locations.”

As progress on the US-China trade relationship languishes, tensions between the two countries have escalated in other areas as they blame each other for starting and mishandling the coronavirus pandemic and clash over Hong Kong and alleged human rights abuses in Xinjiang. Washington has targeted TikTok owner ByteDance and has forced Huawei into a fight for survival.
What Trump has succeeded in doing is changing the way Washington talks about China. The idea that a more aggressive approach is needed has now attracted bipartisan support, for the most part, as lawmakers consider all aspects of the relationship with more scrutiny.

“The evolution of the US-China conflict after the election is likely to vary across a number of dimensions, including trade, technology, and the financial sector,” wrote the JP Morgan analysts, who suspect that tensions will continue even if Biden wins the election.

In that scenario, the analysts said they expect the relationship between Washington and Beijing to continue splintering as the two countries fight over 5G networks, quantum computing, artificial intelligence and biotechnology.

“In vying for dominance in these areas, the US and China have set about decoupling, reducing cooperation, restricting technology sharing, even shutting … down trade in some cases,” they wrote.

Reinsch of CSIS sees a similar future, adding that Trump and Biden would likely both be forced to pursue policies that encourage decoupling, albeit with their own style of governance.

“The reality is that the Chinese are not going to meet our demands, not because they’re bad economics — they’re not — but because they’re bad politics,” he said. “They would undermine the [Chinese Communist] Party’s control, which is the last thing the CCP will ever agree to.”

— Anneken Tappe contributed to this report. 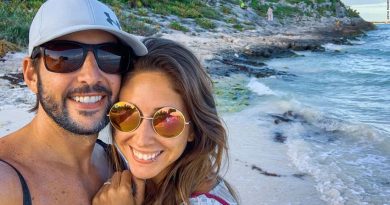 What happened when two virtual strangers booked an Airbnb together 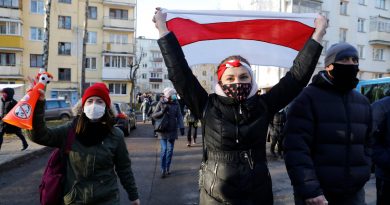 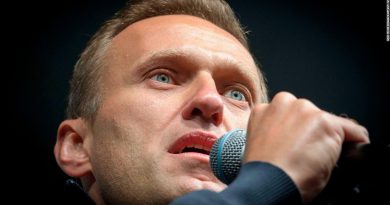 Alexey Navalny dupes Russian spy into revealing how he was poisoned