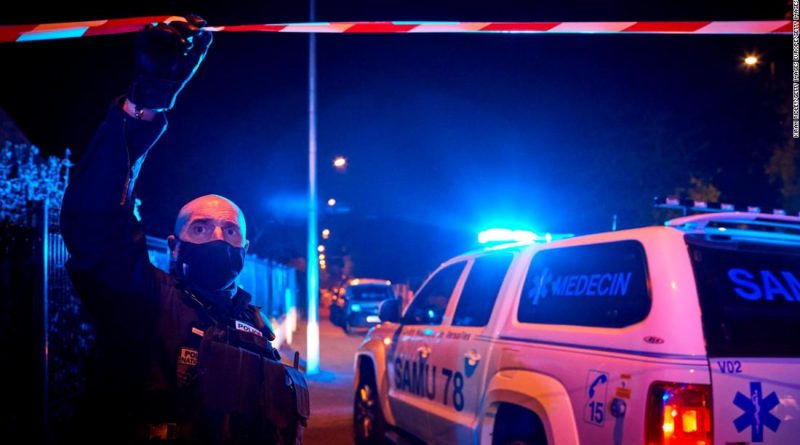 The alleged attacker, Abdoullakh Abouyezidovitch A., was shot dead by police on Friday afternoon in Éragny, the same area where the body of Samuel Paty, a 47-year-old history and geography teacher at College du Bois d’Aulne, was found.

According to national anti-terrorist prosecutor Jean-François Ricard, the attacker approached students outside the school in the northwestern Paris suburb of Conflans-Sainte-Honorine earlier on Friday, asking them to point out his victim.

Paty was attacked on his way home, according to Ricard.

Abouyezidovitch, who was not known to intelligence services, was a resident of Evreux, a town outside of Paris and a little over an hour’s drive from the scene of the attack. He claimed responsibility for the attack on Twitter, Ricard said.

Ricard did not say whether the attacker had at any time attended the high school where the victim worked.

French Education Minister Jean-Michel Blanquer said Saturday that Paty was murdered “for teaching a class that had to do with one of the pillars of democracy — freedom of expression.”

“Samuel Paty embodied our Republic’s most noble asset: its schools. He was cowardly murdered by enemies of freedom. We will be united, firm and resolute,” Blanquer wrote in a tweet.

Ricard said the investigation has revealed Paty had organized a lesson on freedom of expression around the caricatures of the Prophet Mohammed published by the satirical magazine Charlie Hebdo. The satirical cartoons were originally published by a Danish newspaper in 2005, and then republished by Charlie Hebdo in 2006. In January 2015, a total of 17 people were murdered in a terror attack that started in Charlie Hebdo’s offices and lasted three days. Friday’s attack comes as a trial with 14 people allegedly involved in the attacks continues. It began in Paris last month.

On October 7, the father of one of Paty’s pupils used Facebook to call for action against Paty, whom he named directly, asking for his dismissal from the school. He had filed a complaint against Paty on October 8 and published a video on YouTube targeting the teacher on October 12, the prosecutor said.

Paty had in turn filed a complaint for defamation, the prosecutor said.

The father and eight other people have been taken into custody, Ricard said. He added that a sister-in-law of the father, who remained unnamed, “had joined the Islamic State Organization in 2014 in Syria and is, as such, the subject of a search warrant by an anti-terrorist investigating judge.”

A French judicial source told CNN earlier that the nine people taken in for questioning included the suspect’s parents, grandfather and brother.

French President Emmanuel Macron said the teacher was a “victim of an Islamist attack.” Speaking at the scene of the attack, Macron said the educator was “killed because he was teaching students freedom of speech, the freedom to believe and not believe.”

Nordine Chaouadi, a parent of one of the pupils at the school, told Agence France-Presse that the teacher had taken the Muslim children out of the class before showing the caricatures. “My son told me that it was just to preserve them, it was out of pure kindness, because he had to show a caricature of the prophet of Islam and simply said to the Muslim children: ‘Go out, I don’t want it to hurt your feelings.’ That’s what my son told me,” he said.

Interior Minister Gerald Darmamin said on Twitter that he was “keeping himself directly informed” of the situation “from the crisis room (he) had opened, in liaison with the President of the Republic and the Prime Minister.” 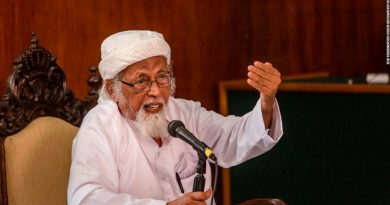 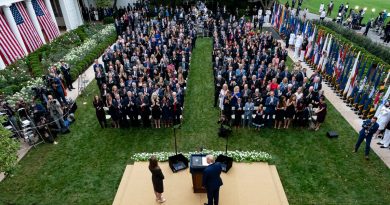