That nickname evokes the memory of Gallipoli, the Turkish peninsula where, in the trenches of World War I, the young nation’s soldiers helped to forge a national identity. So Australian school students are taught.

“They shall grow not old, as we that are left grow old; age shall not weary them, nor the years condemn.”

Those 39 lives now remind Australians that like their own country, the modern nation of Afghanistan has been constructed by the cruelties of war, four decades of it since the Soviet invasion in 1979.

“I am sincerely sorry for their loss,” Australia’s chief of the Defense Force, Gen. Angus Campbell, said Thursday of the Afghan nation. “I can’t imagine the pain, the suffering and the uncertainty that that loss has caused both at the time, and the continuing uncertainty of how that happened.”

The Australian army believes that the allegations gathered by a four-year investigation by the Inspector General of the Australian Defense Force (IGADF) is enough to prosecute 19 of its soldiers for the alleged war crimes of murder and cruel treatment.

Prime Minister Scott Morrison has announced a special investigator to bring those men to trial. All names have been redacted from the lengthy report made public on Thursday. For now, the 19 accused of committing war crimes are unidentified to the public.

But just as the collective shares in valor and sacrifice, it is sharing in the shame.

Campbell announced Friday that a review would be commenced into all honors that Australian soldiers received for fighting in Afghanistan. As many as 3,000 special forces personnel who served in Australia’s longest war could now be forced to hand back their medals, including the Meritorious Unit Citation. Senior commanders could lose their Distinguished Service Medals.

“What is now known must disentitle the unit as a whole to eligibility for recognition for sustained outstanding service,” the report reads.

“What this report discloses is disgraceful and a profound betrayal of the Australian Defense Force’s professional standards and expectations. It is not meritorious.”

In a statement released Thursday, Chief of Army Lt. Gen. Rick Burr announced that Special Air Services Regiment 2 Squadron would be struck from the order of battle, or the listing of a country’s military units, saying 2 Squadron was “a nexus of alleged serious criminal activities.”

“Future generations will be reminded of this moment in our military history from the gap in our squadron numbering system,” Burr said.

It’s symbolism worthy of the vast edifice that has been constructed in Australia to honor veterans of past wars — the Second Boer War, the Boxer Rebellion, World Wars I and II, Korea, Vietnam, the Gulf War, the Iraq War — and current troops.

Speaking on April 25 this year, the annual day to honor the men and women of the Australian and New Zealand Army Corps known as Anzacs, Prime Minister Morrison said, “The qualities for which we honor the Anzacs live on in each of us — endurance, courage, ingenuity, good humor, mateship and devotion, to duty to each other, to Australia.”

Duty, devotion and courage has now been shown by the whistleblowers who told the IGADF inquiry of a “gradual erosion of standards over time resulting in a culture within which, ultimately, war crimes were tolerated.”

Former soldiers who witnessed alleged war crimes told the four-year inquiry of the difficulties in speaking out about patrol commanders treated as “demigods.” The report acknowledges that “existing whistleblower protections and redress of grievance processes were not adequate for members who were fearful of professional, social and physical retaliation to raise their concerns or ‘blow the whistle’ on unlawful actions.”

More than 39,000 Australians have served in Australia’s longest war, which continues with the ongoing deployment of 80 personnel to the Afghan capital, Kabul.

After the exhaustive IGADF inquiry conducted more than 510 witness interviews and reviewed more than 45,000 documents and photographs, 25 Australians were alleged to have committed war crimes.

According to the inquiry, the allegations merit criminal charges against 19 of those people. It is a small fraction of Australia’s overall commitment to Afghanistan.

However the report dismisses the idea that the 25 alleged to have committed crimes are just “a few bad apples.” Instead, an ethics review attached to the report indicates that killings were fueled by factors including “the character and the tempo of deployments … a lack of clarity about purpose and a gradual loss of confidence about the mission and the higher chain of command.”

The bulk of Australia’s war against the Afghan Taliban took place in central Uruzgan province, known to be one of the most difficult and dangerous theaters of the war. Australian troops pulled out of Uruzgan in 2014, after 41 were killed and 261 wounded. On announcing the decision to withdraw in 2013, then-Prime Minister Tony Abbott said that the mission had been a success.

“If you look at the benefits for our country, for Afghanistan, and for the wider world, then my conclusion is yes, it has been worth it.”

Seven years later most of the families of Australian civilian victims remain in Uruzgan, but now many live under Taliban control, according to Shaharzad Akbar, the chairwoman for the Afghanistan Independent Human Rights Commission. They remain are hungry for justice, the commission told CNN. But accessing that is not going to be easy. The Afghan Army began to withdraw from Uruzgan in 2016, ceding vast areas to the Taliban.

The IGADF report says: “Where there is credible information that an identified or identifiable Afghan national has been unlawfully killed … Australia should now compensate the family of that person, without awaiting for establishment of criminal liability. This will be an important step in rehabilitating Australia’s international reputation, in particular with Afghanistan, and it is simply the right thing to do.”

Doing the right thing by paying compensation to grieving Afghans living under Taliban control will not be an easy thing for Australia to achieve.

“Not all victims will be easy to locate,” Akbar told CNN, “Some families may have been victimized again after the incidents that happened then by the ongoing conflict so it’s — the situation for civilians is heartbreaking in Afghanistan.”

But as Thursday’s damning report states, Australia’s “moral integrity and authority as a nation” is at stake. 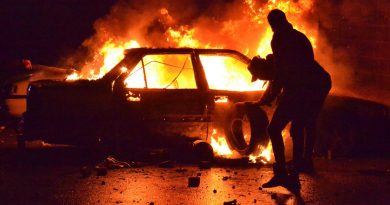 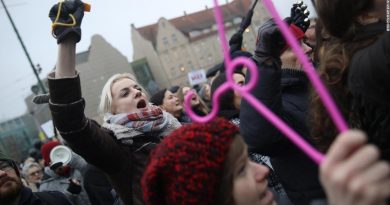 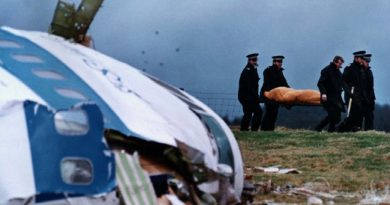