On the surface, his removal seemed to be the latest in a long line of downfalls tied to corruption allegations that have tarnished Peru’s highest office — an inglorious tradition that saw several of Vizcarra’s predecessors end up imprisoned or under investigation.

Pedro Pablo Kuczynski is under house arrest after resigning amid accusations of receiving more than $4 million in bribes from Brazilian construction firm Odebrecht, which he denies. Alan Garcia killed himself in 2019 when the police arrived to arrest him on suspicion of accepting bribes from the same company. Alejandro Toledo was arrested in the US and now faces extradition to Peru on corruption charges, which he denies.

Peru’s Prosecutor’s office has also submitted charges against Ollanta Humala for money laundering. Humala not only disputeds the accusations — he has even submitted his pre-candidacy for the coming Presidential election in April for a second term.

Toledo’s and Humala’s charges are also related to the Odebrecht scandal.

But Vizcarra’s case turned out differently, with a mass popular uprising against his ouster.

‘No to the impeachment’

There is no question among most ordinary Peruvians that corruption is endemic in politics.

The country ranks 101 out of 198 countries in Transparency International’s 2019 Corruption Perceptions Index — but the congressional vote to impeach drew more ire than the allegations against the then-President, several protesters told CNN.

“They removed [Vizcarra] five months before the election, in the middle of a pandemic causing awful instability for the country’s governability,” 23-year-old communications student Katia Castañeda from the city of Cajamarca said.

She, like many others, saw the impeachment as an irresponsible political caper. A poll published Nov 18 by the Institute of Peruvian Studies (IEP) showed that 91% disapproved of Vizcarra’s removal. Eighty-three percent said they believed the decision stemmed from legislators’ political or personal interests.

During his tenure, Vizcarra had clashed with Congress on a number of issues including educational reform — a sensitive issue in a country where several universities have close ties to political party leaders and lawmakers.

His efforts to introduce political and judicial reforms were also unpopular with many lawmakers, though welcomed by ordinary Peruvians: In a 2018 national referendum, the country voted to approve his plan to reform the judiciary appointment board and its procedures for electing judges, ban consecutive reelection for legislators and tighten regulations on the financing of political parties.

His removal sparked an extraordinary and immediate awakening among Peruvians, mostly young people of Castañeda’s generation, that surprised many. Thousands took to the streets in cities across Peru and even abroad, denouncing the impeachment as a “legislative coup”. Banners with “No to the impeachment” and “Congress go home,” among others were seen during the daily protests and on social media accounts.

Some were first-time protesters. Victor Vílchez, a 26-year-old freelance photographer, told CNN that he’d never felt very interested in politics until he saw friends and colleagues protesting the impeachment. Vílchez felt what he calls a social responsibility to join others “There were not only 300 people on the streets, there was a huge movement of citizens that want change,” he said.

Under the country’s constitution, the head of the Congress, Manuel Merino, succeeded Vizcarra as president. Masses of demonstrators vowed not to recognize Merino and clashed with police for several raucous, violent days in the capital city of Lima.

Daniel Lock, 24, said he encountered tear gas the first time on Nov 14, during protests against Merino. “We were walking and suddenly we heard the noise first and then the tear gas was coming, we tried to stay calm,” he says. That night two other young men died from gunshot wounds and more than 90 injured — events that are currently under investigation.

The culmination of years of frustration

In part, the demonstrations were the culmination of years of frustration with Congress.

In the IEP poll, 65% of participants said they did not feel represented by any of Peru’s current political parties. “There are no parties that channel ideologies, instead we have groups who push for their personal interests,” says Hernán Chaparro, a Professor of media and public opinion at University of Lima.

Many demonstrators also called for lawmakers’ parliamentary immunity to be removed. Sixty-eight of the 130 active members of Congress are currently under investigation, Vizcarra noted during a speech to Congress before his impeachment.

Social media had empowered disillusioned citizens by giving them a voice that could not be ignored, Chaparro said. “They produce their own videos, they tell their own stories, this is what I think has uplifted them. Mobile screens have been become a social mirror,” he says. “Tik Tok has allowed them to see their own reality.”

Social media and platforms such as Instagram, Tik Tok and Facebook played a crucial role allowing the young to organize rallies, create support groups and share their own versions of events. Hashtags such as #Merinonomerepresenta (#Merino does not represent me) and #semetieronconlageneracionequivocada (#they messed with the wrong generation) flooded social media profiles and groups. The same hashtags were seen on handmade signs during the protests.

Confronted with immense popular pressure and after Congress urged him to do so, Merino resigned on November 15.

In his stead, Congress appointed Francisco Sagasti, a 76-year-old centrist — and notably a member of the only party that voted as a bloc against Vizcarra’s impeachment. After taking oath on Nov. 17, Sagasti was quick to publicly acknowledge the outrage and the activism of Peru’s youth, paying tribute to the dead and injured in his speech. The country was due for a political reset, he also admitted.

“The young have become the main actors, they demand representation and a space for political involvement,” Sagasti told Congress in a speech. “If the political class has any capacity to rectify the situation, the sacrifice of these young people should be a milestone for us to change the harmful way in which we have been practicing politics.”

As a caretaker president, Sagasti is unlikely to end corruption and implement sweeping political change. But forcing their own change of president is already a flex of political power that won’t be soon forgotten among Peru’s youth, who now are calling for further revisions to how the government is run. They have seen what their voices can achieve, and with fresh elections scheduled for next April, the question is who can gain their trust.

Next year’s candidates will certainly be put under the microscope by a new generation of younger and politically engaged Peruvians. “Politicians know now that they can’t do whatever they want, which is the best tool for political scrutiny,” Chaparro says.

As Castañeda, the communications student, says, “They messed with the wrong generation. This is a generation that carries the frustration of previous generations.” 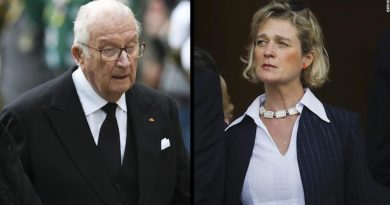 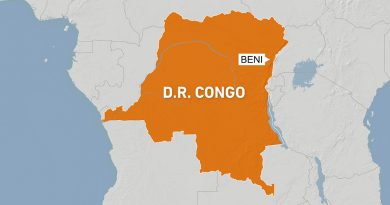