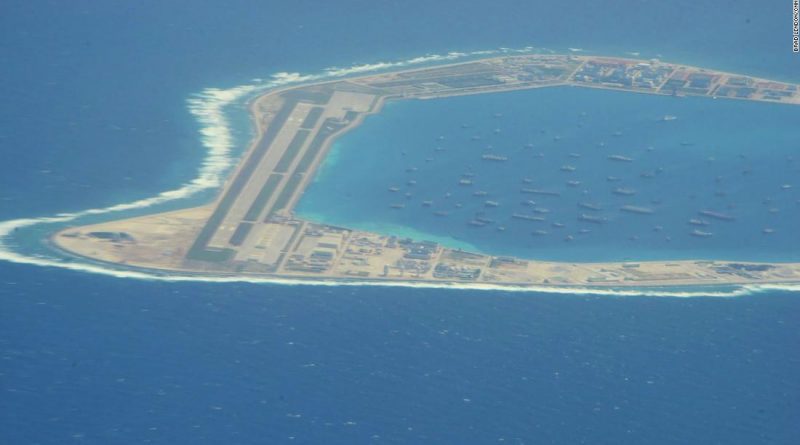 From the South China Sea to the Himalayan Sino-Indian border, and even in one of its own cities, China has doubled down on its claims of territory, and taken a harder line in response to perceived challenges.

And as those disputes escalated this year with renewed and rising tensions, Xi has bulked up the military and increased its budget, with the instruction to “resolutely safeguard national sovereignty, security and development interests.”

Here’s what you need to know about China’s key flashpoints in the Asia-Pacific region.

Dotted with small islands, reefs and shoals, the South China Sea is a crucial global shipping route and home to a messy territorial dispute.

Who claims what: China claims it owns almost all of the 1.3 million square mile South China Sea, but at least six other governments also have overlapping territorial claims in the contested waterway: the Philippines, Vietnam, Malaysia, Indonesia, Brunei and Taiwan.

The United States doesn’t have any claims in the waters, but has repeatedly challenged China’s claims.

China went ahead and built islands anyway: Since 2014, China has turned numerous obscure reefs and sandbars — far from its shoreline — into man-made artificial islands heavily fortified with missiles, runways and weapons systems, prompting outcry from the other governments.

The US and its allies have pushed back by sailing warships through the South China Sea close to features claimed or occupied by China, in what it calls freedom of navigation operations (FONOPS). They say such patrols enforce the right of free passage in international waters; China argues these are violations of its sovereignty.

But things are escalating now: The US has stepped up its challenges this year; it formally rejected China’s claims as illegal, and sanctioned dozens of Chinese companies for building the artificial islands. In July, two US Navy aircraft carriers conducted joint military drills in the sea for the first time in six years — a strong show of force.

All this has sparked Chinese fury and escalated tensions; China launched a series of ballistic missiles into the sea, with state-run media warning that “China does not fear a war.”

Why this matters: Under international law, whoever owns the contested string of islands in the sea will have the rights to all the resources in its nearby waters like fish, oil and gas. More broadly, whoever controls this sea will also hold power over one of the world’s most valuable trading routes — it hosts one third of all global shipping.

What’s the deal with Taiwan?

Taiwan is a self-governing democratic island of around 24 million people, which split from mainland China in 1949 after the end of a bloody civil war.

China insists Taiwan is its territory: Authorities in Beijing claim full sovereignty of Taiwan, even though Taiwan has never been controlled by China’s ruling Communist Party. The two sides have been governed separately for more than seven decades.

For years, Beijing has attempted to impose diplomatic, trade and military pressure on Taipei, marginalizing it in the international community — for instance, China has successfully blocked Taiwan from joining global agencies like the World Health Organization.

What this means for other countries: Most countries abide by China’s demand that Taiwan not be recognized as an independent nation, publicly observing Beijing’s view there is “one China” — though many governments also maintain close unofficial ties with Taiwan.

Things escalated this summer: Recent months have seen a warming relationship between the US and Taiwan — much to China’s ire.

Two high-profile US officials visited Taiwan in the space of two months, in a symbolic show of support by the Trump administration. In August, the US also sold 66 fighter jets to Taiwan, the biggest arms sale to the island in years.

In response, China carried out a series of military drills and aircraft incursions in the waters and airspace near Taiwan — marking a significant escalation in tensions.

Chinese officials warned in September that “China firmly opposes any form of official exchanges between the United States and Taiwan.” Some have also hinted at the threat of sanctions against US officials.

President Xi has been clear in his ambitions to “reunify” the island with the mainland, and has refused to rule out the use of force. Recent military drills were described in Chinese state media as a “rehearsal for a Taiwan takeover” and threats of invasion have increased sharply as tensions with the US rise.

Why are China and India clashing in the Himalayas?

The China-India conflict is centered around a long-disputed border in the Himalayas.

After fighting a bloody border war in 1962, the two countries drew up a loosely-defined demarcation line called the Line of Actual Control (LAC).

But they disagree on its location: Though the LAC shows up on maps, the two nuclear powers do not agree on its precise location and both regularly accuse the other of overstepping it, or seeking to expand their territory.

They have an uneasy status quo: The countries signed a series of agreements in the 1990s to try to keep the peace, including an agreement that neither side shall open fire within 2 kilometers (1.24 miles) of the LAC.

But things got ugly this year: This June saw the bloodiest Sino-Indian clash in more than 40 years. Troops at the border fought with fists and stones, in a brawl that killed at least 20 Indian soldiers; China didn’t acknowledge any casualties. Both sides accused the other of overstepping the border.
Things heated up in September after each side accused the other’s troops of firing warning shots. It’s believed to be the first time shots have been fired along the border since 1975.
Where things stand now: Officials are now in de-escalation talks; in late September, both sides agreed to stop sending troops to the border, and to strengthen communications.

But a meaningful peacekeeping mechanism could be a long way off — partly because of the increasingly assertive foreign policy on both sides.

Why is China fighting Japan over a few tiny islands?

Both China and Japan have claimed a rocky, uninhabited island chain in the East China Sea as their own.

Located 1,200 miles (1,900 kilometers) southwest of Tokyo, the islands are known as the Senkaku Islands in Japan and the Diaoyu Islands in China.

The islands are also claimed by Taiwan, where they are known as the Tiaoyutai islands.

The overlapping claims: Both China and Taiwan say their claims to the island chain extend back to the 1400s, when it was used as a staging point for Chinese fisherman.

However, Japan says it saw no trace of Chinese control of the islands during an 1885 survey, so it formally recognized them as Japanese sovereign territory in 1895. The US occupation of Japan after World War II complicated things — but the islands were eventually returned, and Japan has administered them since the 1970s.

Why this matters: The area has much-coveted resources; it holds a rich fishing ground, and recent surveys suggest that the waters around the islands may contain oil and natural gas deposits.

How things escalated: China and Japan have engaged in tit-for-tat struggles for years, with the issue escalating sharply in September 2012 after the Japanese government formally purchased the islands from their private Japanese owner. This resulted in some of the largest protests seen in major Chinese cities in decades.

Tensions rose again this June after a Japanese city council bill asserted that “the islands are part of Japanese territory.”
China, meanwhile, has flexed its military muscles; Japan announced in June that Chinese government ships have been spotted in waters near the islands every day since April. And in July, Chinese coast guard ships intruded into Japan’s territorial waters multiple times, forcing the Japanese coast guard to block them from approaching Japanese fishing boats.
The number of warplanes from China’s People’s Liberation Army Air Force (PLAAF) flying close or around Japan’s southwest air zone, which includes the contested island chain, has also increased exponentially in recent years, according to Japan’s Air Self Defense Force (JASDF).

Where things stand now: The two countries have stepped up their rhetoric; Japan has lodged diplomatic protests, and China has accused Japan of infringing on its sovereignty.

The escalation this summer has raised international alarm; under a mutual defense pact with Tokyo, the US is obligated to defend the islands as part of Japanese territory.

What’s going on in Hong Kong?

The semi-autonomous Chinese city of Hong Kong was plunged into a political crisis in 2019 as anti-government protests brought much of the territory to a standstill. Protesters had many complaints, including alleged police brutality and limited democratic freedoms — but at the heart of it all is the city’s conflicted relationship with the central government in Beijing.

Is Hong Kong part of China? Yes — but as a former British territory, it was granted freedoms of press, speech, and assembly when it was handed back to China in 1997. Hong Kong also has its own legal and political systems, currency and trade. These freedoms stand in stark contrast to China’s authoritarian leadership and strict censorship.

So what’s the conflict? Under the handover agreement, Hong Kong is supposed to keep its limited autonomy until 2047 — but many Hong Kongers say China is violating that promise and encroaching on their freedoms. This fear was heightened by a controversial extradition bill last year, which kicked off the protests and was later scrapped.

Meanwhile, China has criticized the movement as a threat to security and stability. Some protesters have also called for Hong Kong independence, and asked other countries for assistance, which China condemned as an unacceptable challenge to its national sovereignty.

How things escalated: In June, China cracked down by imposing a national security law for Hong Kong, entirely bypassing the city’s own legislature. Details of the law weren’t released to the public until it had passed.

Where things stand now: The law has already been used to make numerous arrests; for instance, several people were arrested in September for using protest slogans, which are now criminalized. Those convicted under the law could face sentences of up to life in prison.

Since it came into force, political parties have disbanded, protest signs were pulled down across the city, and Hong Kongers are fleeing to seek asylum or refuge in other countries. 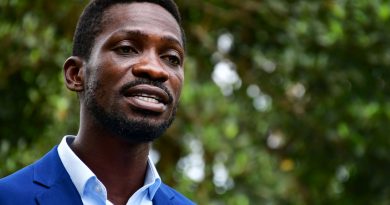 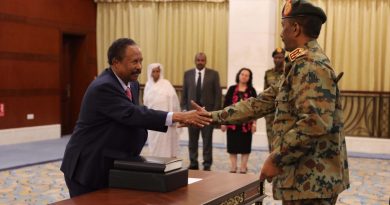