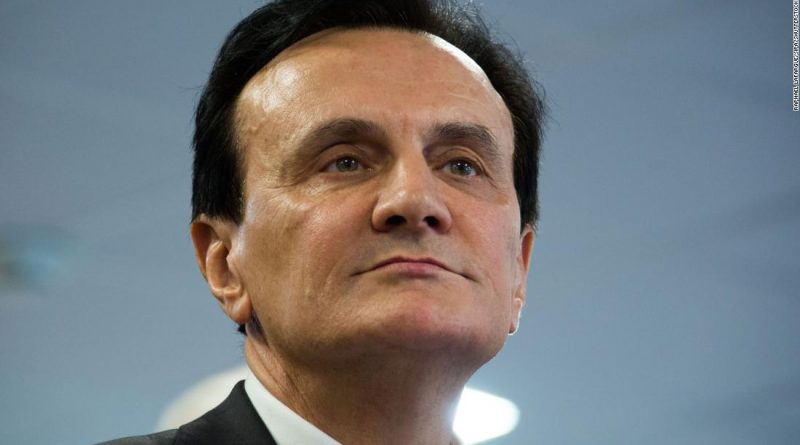 “Pharmaceutical companies and vaccine developers have moral, societal and contractual responsibilities which they need to uphold,” EU Health Commissioner Stella Kyriakides told reporters on Wednesday. “The view that the company is not obliged to deliver [vaccines] … is neither correct nor acceptable.”

“We are in a pandemic. We lose people everyday. These are not numbers, they are not statistics, these are persons, with families, with friends and colleagues,” she added.

Germany marked one year since the virus arrived on Wednesday, with the country showing no signs of reduced infections. Portugal reported a record number of daily deaths in the past 24 hours. Strict lockdowns are in force in countries around the bloc.

The harsh rebuke from the European Union came after AstraZeneca CEO Pascal Soriot said the company had agreed to make its “best effort” to deliver the doses EU countries had ordered but was not contractually committed to a schedule. In a statement, AstraZeneca said it still intended to deliver tens of millions of doses to EU countries in February and March.

Soriot told the Italian newspaper la Repubblica on Tuesday that AstraZeneca was not able to guarantee the timing of EU deliveries because countries such as the United Kingdom were quicker to finalize orders. The “head start” also gave AstraZeneca’s operation in the United Kingdom more time to resolve the kind of supply chain issues that are now affecting EU deliveries, the CEO said.

“We’ve had also teething issues like this in the UK supply chain. But the UK contract was signed three months before the European vaccine deal. So, with the UK, we have had an extra three months to fix all the glitches we experienced. As for Europe, we are three months behind in fixing those glitches,” he said.

EU officials have declined to specify the scale of the vaccine shortfall. But the shock development came as they were still trying to assess the impact of Pfizer (PFE) slowing deliveries of the vaccine it developed with BioNTech last week while a manufacturing facility in Belgium was upgraded.

The twin delays produced a sharp backlash across the region, where governments are already under pressure over a slow vaccine rollout. The highly unusual public spat with AstraZeneca now threatens to sour relations between Brussels and one of its major vaccine suppliers.

EU officials are threatening to tighten controls on vaccine exports, and Italy has warned that it could take legal action. European Commission President Ursula von der Leyen turned up the heat on Tuesday, saying the bloc “means business.”

“Europe invested billions to help develop the world’s first Covid-19 vaccines, to create a truly global common good. And now the companies must deliver. They must honor their obligations,” she said during a virtual meeting of the World Economic Forum.

In his interview with La Repubblica and other major European newspapers, Soriot acknowledged that his company had experienced problems at one large manufacturing facility in Europe. He said the early phase of vaccine production is often “complicated,” and the company is “basically two months behind” where it wanted to be.

He also outlined crucial differences in the agreements the company has with the United Kingdom and the European Union.

“The contract with the UK was signed first and the UK, of course, said ‘you supply us first,’ and this is fair enough,” he said. Three months later, when the European Union wanted to be supplied “more or less at the same time” as the United Kingdom, AstraZeneca was not able to make that commitment.

“Our contract [with the European Union] is not a contractual commitment. It’s a best effort. Basically we said we’re going to try our best, but we can’t guarantee we’re going to succeed. In fact, getting there, we are a little bit delayed,” he said.

The European Union acknowledged on Wednesday that it had signed a “best effort” agreement with AstraZeneca. But a senior EU official said the bloc had already paid part of a €336 million ($406 million) down payment with the aim of boosting production, and Kyriakides rejected the logic of “first come, first served.”

“We signed an advanced purchase agreement for a product which at the time did not exist and which still today is not yet authorized. And we signed it precisely to ensure that the company builds the manufacturing capacity to produce the vaccine early, so that they can deliver a certain volume of doses the day that it is authorized,” the European Union’s top health official said.

The European Union also said that doses produced at AstraZeneca’s plants in the United Kingdom should be used to fulfill its order, opening the door to a potential spat with London.

“There is also no hierarchy of the full production plants named in the advanced purchase agreement. Two are in the EU and two are located in the UK,” said Kyriakides.

AstraZeneca said in its statement that it has built more than a dozen regional supply chains to produce its vaccine, collaborating with over 20 partners in more than 15 countries.

“Each supply chain was developed with input and investment from specific countries or international organizations based on the supply agreements, including our agreement with the European Commission,” the company said.

“As each supply chain has been set up to meet the needs of a specific agreement, the vaccine produced from any supply chain is dedicated to the relevant countries or regions and makes use of local manufacturing wherever possible.”

Ho-Yin Mak, an associate professor of management science at Oxford Saïd Business School, said that production delays for the AstraZeneca vaccine are the result of an absence of slack in its supply chain.

“Part of this is inevitable… Production hiccups such as AstraZeneca’s reported yield problems are not uncommon, especially when manufacturers try to ramp up output rates rapidly,” he said.

EU vaccine efforts received a boost on Wednesday when French drugmaker Sanofi (SNY) said it would manufacture 125 million doses of the Pfizer/BioNTech vaccine for distribution in the bloc, with deliveries starting in summer 2021.

But European governments are demanding answers over delays, pointing out that the success of their vaccination efforts is dependent on the private sector.

“On the one hand we can only welcome the result of science, and on the other hand they have a monopoly and we are totally dependent,” Belgian Health Minister Frank Vandenbroucke said on Saturday. “There may be production issues, but these uncertainties and announcements make it very difficult to organize the campaign.”

Kyriakides said on Monday that the bloc would now demand “full transparency concerning the export of vaccines” from the European Union.

“In the future, all companies producing vaccines against Covid-19 in the EU will have to provide early notification whenever they want to export vaccines to third countries. Humanitarian deliveries are of course not affected by this,” she said on Twitter.

German Health Minister Jens Spahn said that the controls were not about putting the “EU first” but about making sure Europe got its fair share.

“In my view it makes sense that we have an export limit, meaning that vaccines which leave the European Union have a license so that we know what is being produced, what is leaving Europe, where it is leaving so that there is a fair distribution,” he told German broadcaster ZDF.

Soriot said he understood the frustration.

“Governments are under pressure. Everybody is getting kind of a bit, you know, aggravated or emotional about those things. But I understand because the Commission is managing the process for the whole of Europe,” the CEO said.

Soriot also offered support for a strategy pioneered in the United Kingdom that could help speed the European Union’s vaccine rollout.

In order to vaccinate more of its population quickly, the United Kingdom is giving the first dose of the Pfizer/BioNTech or AstraZeneca vaccines to as many people as possible, before administering a second dose up to 12 weeks later.

“I think the UK one-dose strategy is absolutely the right way to go, at least for our vaccine,” said Soriot, adding that the second dose is needed for long term protection.

There is no final clinical trial data on the efficacy of administering just one shot of the two-dose vaccines. 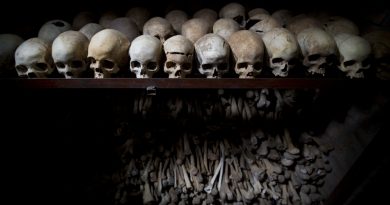 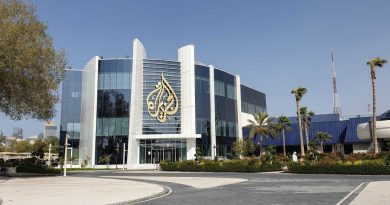 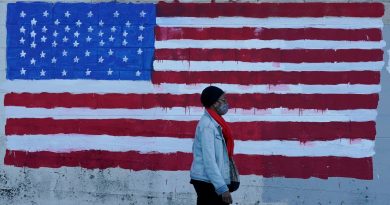