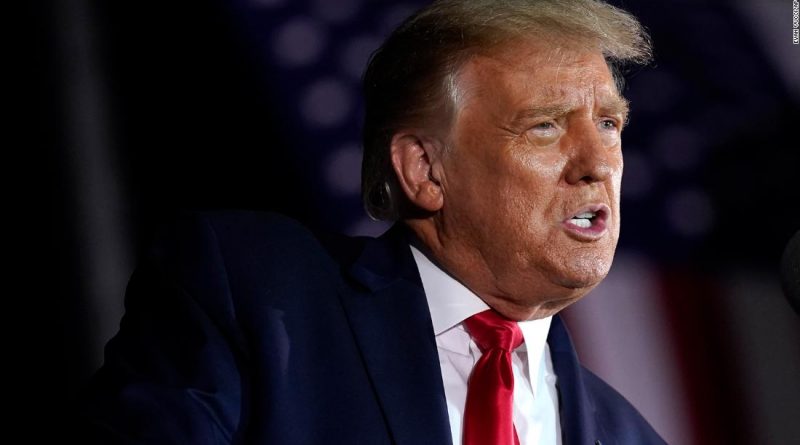 The event in Nevada — his second rally in the state in as many days — did not only risk the health of those present, thousands of whom were packed together inside a manufacturing facility in defiance of the state’s ban on local gatherings of 50 people or more. It also has the potential to turn into a super spreader event that could seed Covid-19 outbreaks in the wider community. Trump hadn’t held an indoor rally in nearly three months, since his last one, in Tulsa, Oklahoma, after which the city saw a surge in cases and multiple campaign staffers along with Secret Service agents tested positive for the virus.

The jarring scenes of the indoor event clashed with footage from the first weekend of NFL games that went ahead in cavernous empty stadiums, reflecting how almost alone the President, who might be expected to set an example, is responsible for the most dangerous breaches of his own government’s coronavirus recommendations.

CNN’s Brian Stelter reported that major television networks, including CNN, decided not to send their crews and correspondents into the rally for their own safety. It’s not unusual for media companies to take steps to shield their employees in war zones abroad, but such precautions are exceedingly rare on home soil.

The same ditching of inconvenient facts to service Trump’s personal whims, political goals and conspiracy theories will likely be highlighted again on Monday when the President visits one of the raging Western wildfires in California, where more than 3 million acres have burned this year and 22 people have died since mid-August. The President insists that the fires are caused by poor forest management. Scientists argue that they have been exacerbated by climate change.

As the election fast approaches, the administration’s broader attempt to reshape reality to benefit and accommodate an unrestrained President is accelerating, including among government officials who appear to be trying to stop the full story of the coronavirus emergency from coming out. Trump’s decision not to share what he knew about the deadly potential of the disease back in February — detailed in Bob Woodward’s new book — may have cost tens of thousands of lives. The economic effects of the pandemic are devastating. Yet as his incessant demands to open states — based on political motives rather than scientific rigor — show, the President is still not taking the human toll of Covid-19 with consuming seriousness.
A similar effort to create a reality that Trump would prefer is underway as he repeatedly lies about what he says is a Democratic attempt to rig the vote in November. In fact, his own political appointees in the Department of Homeland Security are accused of trying to conceal the full extent of Russian election interference designed to prop up his trailing campaign. CNN reported last week that the same whistleblower who raised that complaint had also cautioned that officials had also modified intelligence assessments to downplay the threat posed by White supremacists and to line them up with false comments made by the President about Antifa and leftist and anarchist groups.
New signs of politically-motivated investigations at the Justice Department are meanwhile adding to Attorney General William Barr’s reputation as Trump’s personal enforcer and also to concerns that an investigation he ordered into the origins of the Russia probe is being cooked up to offer Trump a pre-election surprise.
Across Washington, it seems to be a similar story as the truths and facts are remolded to support a President who admitted last week that his worldview and perception of reality are filtered through hour after hour of Fox News opinion shows whose counsel he appears to value over some of the highly qualified experts in his own government.

In a new example of the President picking conspiratorial or fantastical positions that match his political goals, rather than those rooted in fact and science, he complained over the weekend that California’s raging wildfires were the result of poor forest management. This is in line with his previously expressed belief that state governments need to “rake” and “clean” forest floors to remove the kindling for wildfires. Many scientists have said that drought and longer fire seasons are a direct consequence of climate change and have produced peer-reviewed studies to back up their conclusions. But such a conclusion is inconvenient to the President’s desire to promote fossil fuels and would require him to challenge conservative orthodoxy.

View Trump and Biden head-to-head polling
“Talk to a firefighter, if you think that climate change isn’t real,” the Democratic mayor of Los Angeles, Eric Garcetti, told CNN’s Jake Tapper on “State of the Union” on Sunday. “It seems like this administration are the last vestiges of the Flat Earth Society of this generation.”
One of Trump’s top economic advisers, Peter Navarro, warned in several academic papers that climate change was one of the most serious potential environment challenges of the age. But in an interview with Tapper, in which he repeatedly refused to answer questions about the new Woodward book, Navarro seems to have changed his views to accommodate those of Trump.

“For many, many years, particularly because of budget cutbacks, there was no inclination to manage our forests. That’s actually a real issue,” Navarro said.

The triumph of Trump’s political ideology over fact and truth underscores the way he has systematically removed restraining personalities and forces from his administration. In many cases, the government now runs much like a massive version of the Trump organization, all working to fulfill the desires of the all-powerful boss. While Trump had now-disgraced legal fixer Michael Cohen in his business life to impose his will, he now has loyalists who are working to subvert what they see as the “Deep State” opposition in the bureaucracy to a President who demands total loyalty.

It’s not clear that the power grabs of the President will be anything like a decisive factor in the election, despite warnings by former President Barack Obama during the Democratic convention that the very future of American democracy and the integrity of the republic are on the ballot.
Election 2020: Send us your stories about voting issues

Trump’s efforts to stifle good governance draw big headlines in Washington but don’t resonate as much elsewhere in a country staggering amid a pandemic and consequent economic disaster that have destroyed the rhythms of normal life. Political maneuverings at the top of a government agency can often seen arcane. One lesson from countries in places like Eastern Europe, where democracy has been challenged, is that damage to good governance only becomes clear in retrospect, following months and years of erosion.

Yet Trump, a President who was impeached for trying to use government power to coerce a foreign nation, Ukraine, to interfere in a US election, appears to be sending a warning of how he would behave in a second term freed from any future accountability from voters. Government agencies and departments often reflect the priorities and interests of a President. But the recent attempts by Trump aides to reshape facts, truth and data is highly unusual.

Troubling revelations by Woodward about Trump’s negligence amid a pandemic that has killed more than 194,000 Americans were compounded by new suggestions of fact-twisting by top Trump officials.

A federal health official told CNN on Saturday that Trump’s communications team at the US Department of Health and Human Services pushed to change language of weekly science reports released by the CDC.

Former Trump campaign aide turned chief HHS spokesman Michael Caputo and his team demanded to see reports out of the CDC before they are released, a senior administration official said. The story was first reported by Politico.

The source said some federal health officials at the CDC believe the interference to be an effort to change communications by the CDC’s scientists so as not to contradict the President, who argues that the pandemic is all but over and it’s time to fully reopen the country.

Caputo defended the behavior and praised Dr. Paul Alexander, who has reportedly been adding political content to CDC reports tracking the emergency.

“Dr. Alexander advises me on pandemic policy and he has been encouraged to share his opinions with other scientists,” Caputo said in a statement. “Like all scientists, his advice is heard and taken or rejected by his peers.”

The news is likely to stir more alarm at the way the administration has often prioritized the President’s political goals — on issues like masks and economic and school openings — in ways that repeatedly ignored science and facts.

The administration’s credibility on such issues and the need to separate politics and epidemiology will be incredibly important in convincing Americans to take a vaccine to end the pandemic when one is eventually widely available.

Republican National Committee chairwoman Ronna McDaniel pushed back Sunday on the idea that Trump had managed the pandemic according to his political requirements rather than as the massive public health emergency that it is.

“I disagree that the President took political calculations into a global pandemic,” McDaniel, one of a string of Trump allies sent to Sunday talk shows to try to push back against the Woodward revelations.

But when she was asked by “Meet the Press” anchor Chuck Todd on NBC why the US had 25% of the world’s Covid-19 deaths, she repeated a misleading claim that has come to typify the misinformation and illogical responses often used by Trump aides throughout the pandemic. “Well, we do have more testing,” McDaniel said. 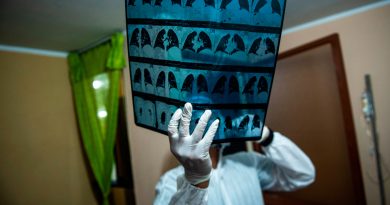 Peru locks down 10 regions due to “extreme” Covid-19 threat 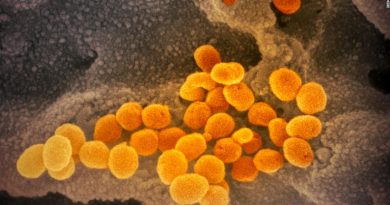