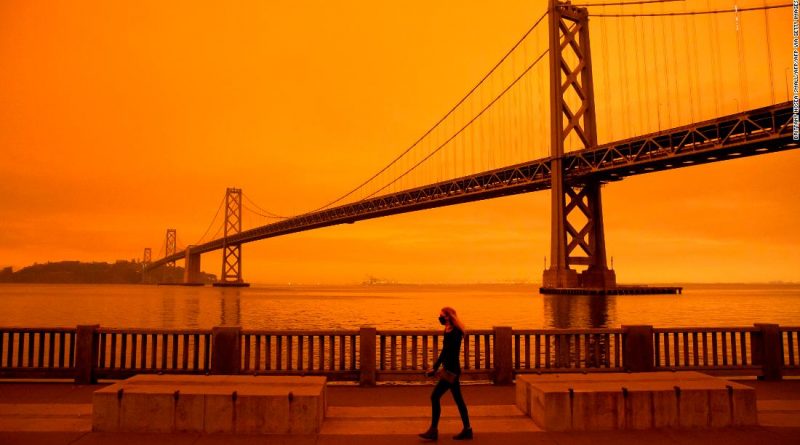 Earlier this year, in the midst of a horrific news cycle and a rapidly mounting death toll, that notion was a welcome silver lining to the pandemic.

But it may have given some a false sense that the worst effects of climate change were being mitigated.

Just in the last week, we learned that massive glaciers are tearing loose from the Antarctic and Greenland ice sheets, driven by increasingly high temperatures at the poles, and, in turn, accelerating sea level rise and posing enormous threats to the millions of people living in coastal areas.
Meanwhile, devastating wildfires, fueled by hot, dry winds and “tinderbox” conditions, have scorched millions of acres across the western United States, triggering mass evacuations, claiming dozens of lives and sending smoke haze billowing across the country, as far as Europe.
If that wasn’t enough, the Atlantic is also having one of its busiest hurricane seasons on record, spurred by warm sea surface temperatures. To give you a sense of just how busy: Hurricane Sally, which blew ashore as a Category 2 hurricane early Wednesday in Alabama, was one of five tropical cyclones in the Atlantic on Monday — a phenomenon that’s happened only once before, almost 50 years ago.

All of these extreme weather events can be linked to global warming, caused by rising levels of carbon dioxide and other heat-trapping greenhouse gases in the atmosphere, mainly from humans burning fossil fuels.

They’re grim reminders that the world has a much bigger existential crisis on its hands than Covid-19. And it will take a lot more than a few months of forgoing air and car travel to stop it.

“Climate change is not stopping because of lockdowns,” said Ilan Kelman, a professor of risk, resilience and global health at University College London. “The extreme weather which we are witnessing is not excessive in terms of the history of humanity … it is very much in line with what we would expect under climate change.”

Earlier this week, the US President seemed to question whether climate change was fanning the flames raging up and down the West Coast — despite scientific evidence showing that global warming is increasing the odds in favor of extreme wildfire weather.

He also claimed it would soon start to get “cooler.”

From a president who has referred to global warming as a “hoax” in the past, it was yet another statement reflecting his climate denial.

Asked to respond to Trump’s comments, Imperial College London climate scientist Joeri Rogelj, a lead author on the United Nations’ Intergovernmental Panel on Climate Change reports, said he wasn’t sure how he could.

“Of course, we are in the Northern Hemisphere, so we are now entering autumn, and then it will be winter, so yes it will be ‘cooler’ again. But that is not what climate change is about,” Rogelj said.

It is instead about long-term trends. Trends that show our planet is not cooling at all. In fact, it’s getting hotter than ever before — and fast.

“The IPCC has established this unequivocally, that the planet will continue to warm as long as we are emitting carbon dioxide into the atmosphere and at present even with the small blip of Covid reductions, we are still emitting billions of tons,” Rogelj added.

Scientists agree that climate change is driving average global temperatures up, changing climatic conditions around the globe — how warm it is, how dry it is, how much rain falls — and that means changes to the weather patterns that we experience too.

Take forest fires, for example. There is a great deal of evidence that climate change results in “tinderbox conditions,” very extended dry and warm periods. So, when fires start, they tend to burn more intensely and cover wider areas.

And, it’s not just the air that has warmed — so too have the world’s oceans. That heat is fueling hurricanes, which are becoming stronger and more intense as a result.

Scientists say that warmer oceans and atmosphere are also to blame for the melting ice sheets and calving glaciers.

Lockdowns haven’t put a dent in the climate crisis

The climate change that we’re experiencing today — evidenced by extreme weather events like the West Coast wildfires — is the net result of our cumulative emissions since the beginning of the Industrial Revolution.

So, even if annual carbon emissions go down in any given year, as they have during the pandemic, as long as we are adding greenhouse gases into the atmosphere, the planet will continue to warm.

Under the 2015 Paris climate accord, countries committed to reduce their carbon output and halt global warming below 2 degrees Celsius — and if possible, below 1.5 degrees Celsius — to avoid the worst impacts of climate change. Trump announced in 2017 he would pull the US out of the accord, a move that that will lead to a complete withdrawal just after this year’s presidential election.

Meeting that goal means halving annual emissions by about 2030 — and then bringing them to zero within another 20 years. And even then, the world will not have halted climate change, it will only have stopped it from getting worse.

Rogelj, who has been studying the climate impact of Covid-19, describes lockdowns as a “temporary blip” on the radar.

“People have made a huge sacrifice, they have sacrificed their social lives, their family interactions their mobility and so on. And emissions have declined quite markedly because of that. But we also see that these emission reductions are very temporary,” said Rogelj, adding that they’re already going up again.

“And why is that? It’s because these emissions reductions were the result of changing or reducing our activities, but not the cause of any structural change of how our society actually works.”

Doing that will require a long-term transition and transformation of our society to low-carbon and renewable energy, from how we get around, to how we generate energy.

Kelman, whose book, “Disaster by Choice,” looks at how our actions turn natural hazards into catastrophes, says that though lockdowns may not have made a big impact on mitigating the climate crisis in the long term, they have shown that change is possible.

“We’ve been told for a long time that changing society overnight is not possible. What lockdown showed is that it is,” said Kelman.

But he warned that lockdowns are not a sustainable solution to curbing climate change, pointing to the economic, societal and social costs they’ve inflicted.

“This has been, to some extent, been a test run of the positives and negatives, the possibilities and the harm. What we need to ensure is that we are helping people, we are creating jobs, we are supporting livelihoods, at the same time as reducing all forms of consumption. And this should not happen overnight.” 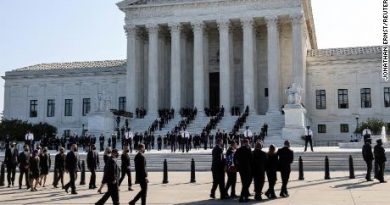 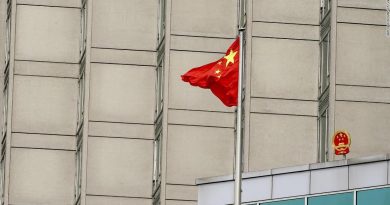