And first lady Melania Trump has advised the President the time has come for him to accept the election loss, a separate source familiar with the conversations told CNN on Sunday.

Though the first lady has not publicly commented on the election, she has privately weighed in with her opinion, the source noted. “She has offered it, as she often does,” the source said.

Trump campaign spokesman Jason Miller in a tweet Sunday morning denied that Kushner has approached Trump, although CNN stands by its reporting. “This story is not true,” said Miller. “Jared has advised @realDonaldTrump to pursue all available legal remedies to ensure accuracy.”

Trump asserted in a statement from his campaign — moments after CNN and other networks projected that Joe Biden will become the 46th President of the United States — that Biden is “rushing to falsely pose as the winner” and that the race is “far from over.”

“I will not rest until the American People have the honest vote count they deserve and that Democracy demands,” Trump said in the statement, which explains that the campaign’s legal battle will begin Monday.

Biden-Harris deputy campaign manager Kate Bedingfield said Saturday night that there had been no communication between Biden and Trump, or between any representatives from either campaign, since the race was called earlier in the day.

And Biden campaign senior adviser Symone Sanders, told CNN’s Jake Tapper on “State of The Union” Sunday that “a number of Republicans from the Hill have reached out,” but said, “I don’t believe anyone from the White House has.”

Biden won the presidency Saturday after the battleground state of Pennsylvania pushed the Democrat over the 270 electoral votes needed to capture the White House.
Trump, who was at his golf course in Sterling, Virginia, on Saturday when the race was called, has not denied the outcome of the election, privately at least, sources told CNN. But he’s continuing to push his attorneys to pursue legal challenges that would delay formal certification of the results.
White House chief of staff Mark Meadows, who recently tested positive for coronavirus, discussed next steps with the legal team Saturday.

This headline and story have been updated with additional reporting. 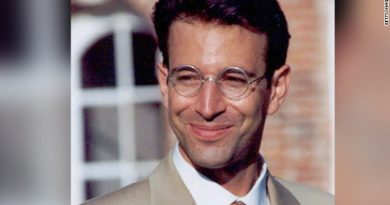 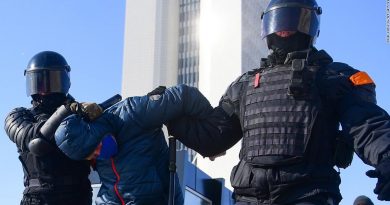 Russia: Protests in support of Alexey Navalny get under way