The 20-year-old, one of the most coveted young players in the game, has now scored 14 Champions League goals in 11 games — no player has scored as many in so few games.

“It was a good night and three important points,” Haaland told reporters after a win which puts the Bundesliga club top of the group.

Haaland, who joined the German club in January, has scored 26 goals in 28 games in all competitions for his club.

Ole Gunnar Solskjaer’s job as Manchester United head coach may well be hanging by a thread following a shock 2-1 defeat to Turkish side Istanbul Basaksehir in the Champions League.
Multiple reports in the British media have suggested the Norwegian manager could be sacked should United fail to beat Everton in the English Premier League this coming weekend.

However, that process may well be accelerated after a comical defensive performance against the reigning Turkish champion.

One of the worst pieces of defending you are ever likely to see — amateur football included — gifted Basaksehir an early lead, as former Premier League striker Demba Ba had the entire half of the pitch to himself to run onto the ball and slot past United goalkeeper Dean Henderson.

Things didn’t get much better from there, as Deniz Turuc picked Juan Mata’s pocket and laid the ball on a plate for Edin Visca to double the lead.

Anthony Martial did pull a goal back just before half-time, but a stale and uninspired second half performance meant United was unable to find an equalizer.

The Champions League has provided Manchester United with some respite from its Premier League woes in recent weeks, but for the first time this season its poor domestic form seeped into Europe.

But impressive Champions League victories against last season’s beaten finalist Paris Saint-Germain and German side RB Leipzig have provided Solskjaer something of a lifeline.

However, should the 47-year-old find himself out of a job, a new manager is unlikely to be enough to turn the club around.

United has problems that run deep. In the Glazer family it has an owner that has racked up eye-watering amounts of debt, and in Ed Woodward it has a chief executive that has spent vast sums of money in a playing squad that remains behind its rivals.

Solskjaer’s reign has been more curious than most. Just when it looks as though his job is on the line and the team has stopped playing for him, his players will turn in the kind of performances they did against Newcastle, Paris Saint-Germain and RB Leipzig.

But in the defeat to Basaksehir, there wasn’t even a hint that the team was playing for its manager.

Solskjaer may still be in a job by the time United travel to Everton on Saturday, but another defeat could likely spell the end of his time in charge.

Messi scores from the spot

In Group G, a fifth minute Lionel Messi penalty set Barcelona on its way to a 2-1 win over Dynamo Kyiv, giving the La Liga club its third win in this season’s competition.

A Gerard Pique header doubled Barcelona’s lead before Viktor Tsygankov scored late in what proved to be a consolation strike. 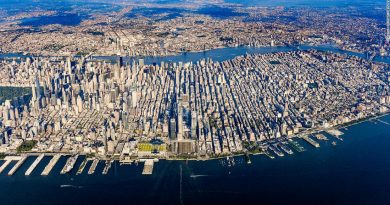 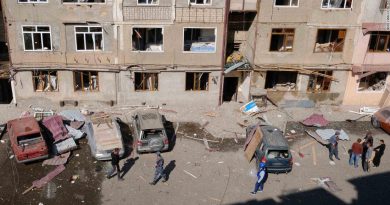 Azerbaijan and Armenia accuse each other of breaking ceasefire