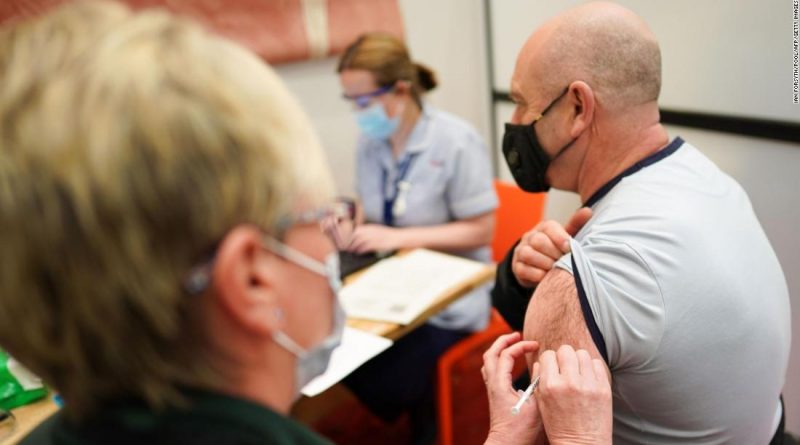 But just how quickly can the UK — and perhaps the rest of the world — expect to return to some form of normality? The truth is, not very soon.

Public health experts largely agree that it’s unrealistic to bet on the vaccine being a magic bullet to end the pandemic; they say coronavirus safeguards, such as masks and social distancing, are likely to remain in place for several months at least.

Dr. Paul Hunter, a professor in medicine at the University of East Anglia, told CNN that many factors must be considered before the UK’s lockdown is relaxed — starting with a big drop in severe cases and deaths.

“The issue comes down to numbers really,” Hunter said.

He explained that if the UK was in a similar position to that in August 2020, when the number of number of new cases was below 1,000 on most days — and dipped to lows of 600 — and hospitalizations fell below 100 and daily deaths below 10, then the country would be in a better place to ease some of the current restrictions — given that the vaccination rollout is underway.

But outbreaks are still running out of control across the UK, where on Wednesday, more than 25,000 new cases and 1,725 coronavirus deaths were recorded, taking the number of Covid-19 deaths in the country to 101,887.
Last week, the picture was also bleak, with more than 35,900 cases reported each day and an average of more than 1,240 daily deaths, according to a seven-day average of government data. Two weeks ago, the UK recorded the highest death rate in the world.
More than 37,500 Covid-19 patients are in UK hospitals, with an average of 3,825 patients being admitted on a daily basis, according to the seven-day average of government data.

So how quickly the vaccine can flatten the curve remains a key question.

There are also many unknowns around the vaccines in use, such as whether or not they can stop transmission — and for how long they provide immunity. This means it is possible that vaccinated people may still spread the virus, or catch it at a later date, if social distancing measures were to be completely relaxed.

And while the UK’s vaccine program has been largely successful so far, there’s another key factor to keep in mind: Its coverage rates.

Firstly, the vaccines are currently only available to priority groups, which make up around 20% of the UK’s population: The elderly, those who are clinically vulnerable, and health care workers, all of whom, research suggests, are much more likely to take up the vaccine.

As the vaccine becomes available to the wider population, the take-up rate is expected to drop, since some parts of the population will be unable to take it (children and those who are pregnant or breastfeeding, for example) — while others might remain hesitant to take it.

For example, multiple surveys have shown resistance among ethnic minority groups, including a recent study commissioned by the UK government’s Scientific Advisory Group for Emergencies (SAGE) that found uptake among these groups in the UK ranged widely.

This means certain measures may have to remain in place to protect vulnerable people in unvaccinated communities, Hunter said, noting that another surge in cases in the fall and winter is possible, depending on the percentage of the population that is either immune or vaccinated by then.

These factors, along with the fact that multiple vaccines are in use and no one vaccine is 100% effective, all take the likelihood of herd immunity — a situation where enough of the population becomes immune to the virus to block its survival — off the table, as outlined in a recent paper that Hunter co-wrote. The paper has not yet been peer-reviewed.

But Hunter told CNN he is hopeful that some form of normality could come as early as the summer, under a “lot more light touch restrictions,” such as mask-wearing and social distancing.

This is because, while vaccines may not provide herd immunity, they will help to reduce transmission, since they reduce the risk of developing symptoms and severe disease, and symptomatic cases are around three times more likely to transmit the infection, he said.

This should, in turn, push the R number to below one — a key measure of whether the epidemic is shrinking or growing.

The arrival of new coronavirus variants, though, threatens this hope, because experts simply don’t know how the vaccines will react to the new variants. Studies already suggest that variant B.1.351 — first seen in South Africa — may evade immunity induced by vaccination.

Preliminary studies suggest that Pfizer/BioNTech’s vaccine is effective against the variant first seen in the UK, but on Monday, Moderna said that while their vaccine is “expected to be protective against emerging strains detected to date,” including the one from the UK, early studies have suggested it may be somewhat less effective against the variant first reported in South Africa. Moderna said it was developing a new booster vaccine to help fight this reduction.

It is unclear if the Oxford/AstraZeneca vaccine, which began its UK rollout earlier this month, will be impacted by the new variants. An Oxford University spokesperson told CNN on Tuesday that they are “carefully assessing the impact of new variants on vaccine immunity and evaluating the processes needed for rapid development of adjusted COVID-19 vaccines if these should be necessary.”

While the variants continue to present fresh challenges for vaccine programs, scientists are plowing ahead with models to predict a glimpse of what the future may hold.

One study, developed by John Roberts, a member of the Covid-19 Actuaries Response Group, earlier this month, predicts that by the end of March, deaths in the UK may be reduced by nearly 90% and that by mid-March, hospitalizations could fall by almost 60%

But the forecast model assumes a best-case scenario where the government meets its target of administering the first dose to all vulnerable groups by February 15 — and where all those who are offered a shot accept it.

Roberts’ model also relies on the assumption that the vaccine is 70% effective at preventing infections and 100% effective in preventing serious illness that would lead to hospitalizations and deaths, which the new variants are now threatening.

Some experts say it is unclear whether vaccines offer full protection against severe disease and death, arguing that clinical trials have assessed the efficacy against developing symptoms but that data was more limited on severe disease. Others also say a full uptake is unrealistic.

Taking these caveats into account and creating a wide range of plausible scenarios could help to predict when we may hope to see some impact — which is what researchers from the University of Warwick, University of Edinburgh and Imperial College London have done.

Last week, the scientists presented a wide selection of models that aim to address the various factors bringing the vaccine rollout — and its success — into question.

One model explored the options based on vaccine rollout and uptake in light of the B.1.1.7. variant, first seen in the UK. The research, by Dr. Anne Cori and Dr. Marc Baguelin from Imperial College London, found that, unsurprisingly, there would need to be “more restrictions to get the same level of control,” due to the arrival of the variant, but also that 78% of the population would need to be protected — either by vaccination or through immunity, because of a previous infection — to bring the R number below one.

And with various uncertainties around the efficacy of the vaccines being rolled out, they predicted that there would need to be an uptake rate of over 80% to achieve herd immunity — and that even with a very ambitious vaccination program of 3 million doses per week, it would take four to five months to cover 80% of the UK’s population with their first dose.

Last week in the UK, more than 2.5 million people received their first dose of the vaccine and 18,177 received a second dose. The researchers estimate population-level immunity in the UK was 19% from past infection as of mid-January.

Ultimately, the Imperial models found that the full lifting of restrictions before the summer will “lead to prolonged and potentially multiple periods of pressure on hospitals, and substantial additional deaths.”

Professor Mark Woolhouse and his team at the University of Edinburgh found similar outcomes.

They charted 44 scenarios looking at different coverage rates, variants, mixing patterns, degrees of relaxation of restrictions and how much protection the vaccine offers (versus natural protection from getting sick and then recovering) — and saw that an extremely gradual relaxation of control measures, starting in the spring and continuing into early 2022, would be a far less risky approach, and could help exit the pandemic without overwhelming the UK’s National Health Service (NHS).

While none of the UK models can be applied to other countries, Roberts says nations taking similar approaches to the UK — for example by rolling out the vaccine to the most vulnerable groups first, alongside national lockdowns or other severe restrictions — might see, or “hope to see,” comparable results.

Hunter urges caution in extrapolating and comparing outcomes seen across different countries, but highlights that the strength of the UK’s post-vaccine surveillance has been successful, and that data from it may be of use to other countries in the near future.
Within a few months, scientists in the UK should be able to examine the impact of a large range of factors, including who has had which vaccine, which doses, and with how big a gap. It’s a key step in understanding the effect that the vaccines are having, Hunter explains.

“That is going to be of value throughout the world,” he said, noting that the UK model could, in turn, help to inform how other countries might plan their rollouts — and pave the long road back to normal life.

CNN’s Eliza Mackintosh and Krystina Shveda contributed to this report. 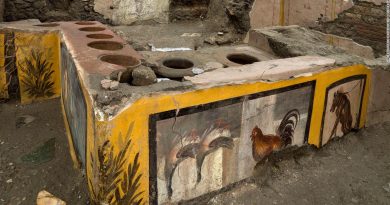