First things first: Article II of the Constitution specifically gives the states the right to administer their own presidential elections: “Each state shall appoint, in such manner as the Legislature thereof may direct” its presidential electors. We do not have one unified, national election system; we have 51 separate and different systems (one for each state plus the District of Columbia), each with its own set of rules and procedures.
Indeed, federal law creates a deadline known as the “safe harbor” period — this year, 35 days, until December 8 — which gives states time to complete their vote-counting and certification processes. Congress must accept any state results certified by that date. Within that safe harbor period, each state has its own rules and deadlines about when mail-in ballots must arrive in order to be counted and when it must certify its election results, among other things. Twenty-two states plus Washington DC permit ballots that arrive after November 3 — but are postmarked on or before Election Day — to be counted.
Pennsylvania is one of those states (it’s technically a “commonwealth”) and is the most likely legal battleground on the issue of vote-counting post-Election Day — though the possibility of the election ultimately being decided in the courts is remote. The Pennsylvania legislature passed a law in 2019 permitting mail-in voting and requiring that those ballots must be received by 8 p.m. on Election Day in order to be counted. In September 2020, however, the Pennsylvania Supreme Court ruled that, given the extraordinary circumstances presented by the Covid-19 pandemic, mail-in ballots can be counted if they are postmarked by 8 p.m. on November 3 and arrive at county boards of election by 5 p.m. on November 6.
The losing party in the Pennsylvania Supreme Court — the Pennsylvania Republican Party — then tried to bring the case to the US Supreme Court. But the court declined to stay (meaning, essentially, put on hold) the Pennsylvania Supreme Court’s ruling. The US Supreme Court split 4-4, with Chief Justice John Roberts joining Justices Stephen Breyer, Sonia Sotomayor, and Elena Kagan in voting against the stay and Justices Clarence Thomas, Samuel Alito, Neil Gorsuch, and Brett Kavanaugh voting for it. Given the tie vote, the motion for a stay did not succeed, and the lower court opinion from the Pennsylvania Supreme Court remained intact.
But the Pennsylvania Republican Party tried again. This time, it used a different procedural mechanism, requesting that the US Supreme Court grant certiorari (review of the merits of the case) on an expedited (sped-up) basis. The court again denied that application. Five justices voted to deny the application but three justices — Thomas, Alito, and Gorsuch — filed a dissenting opinion arguing that the court should have considered the case and should have struck down the Pennsylvania Supreme Court’s extension of the deadline because the original law passed by the Pennsylvania legislature specified the deadline to be 8 p.m. on Election Day. (Justice Amy Coney Barrett did not participate in the ruling because she had just joined the court days prior).
Here’s where the potential issues arise. While the US Supreme Court declined to take the Pennsylvania case on an expedited basis, it made clear that the case remains before it for potential consideration on the merits. And, in his dissenting opinion, Gorsuch noted that the Pennsylvania attorney general had certified that mail-in ballots received after 8 p.m. on November 3 but before 5 p.m. on November 6 would be “segregated” — separated — from other mail-in ballots. That means, as a practical matter, that if the Supreme Court does take up the issue after the Pennsylvania vote count is completed, it will have the ability to essentially disqualify those votes that arrived after 8 p.m. on November 3.

That’s the most likely avenue for the Trump campaign to seek and obtain relief in the courts. If the election comes down to Pennsylvania and if the count is close enough that mail-in ballots arriving after the original deadline on November 3 but before the extended deadline of November 6 could swing the outcome — two very big “ifs” — then we could see a make-or-break battle in the Supreme Court.

Three justices (Thomas, Alito, and Gorsuch) already have made clear they believe that votes arriving after the original deadline should be disqualified. Kavanaugh did not join that dissenting opinion but he went out of his way in another recent decision on Wisconsin ballots to note that “(i)f the apparent winner the morning after the election ends up losing due to late-arriving ballots, charges of a rigged election could explode.” And Barrett, a staunch conservative nominated by Trump, could choose to vote on the case. There have been calls for Barrett to recuse herself from election-related cases, but that decision rests entirely with Barrett herself, and there is no way for any outside party to compel her to recuse.
Beyond Pennsylvania, the Trump campaign faces major procedural obstacles to challenge election results in other states. First, no party can take a case directly to the Supreme Court unless the case involves a dispute between two states or involves an ambassador (neither exception is applicable here). So, any election case would first need to go through either a state court system (as in the Pennsylvania dispute) or the lower federal courts. And no party can ever compel the Supreme Court to grant certiorari (meaning to take the case for consideration). Only the Supreme Court itself can decide to take a case, if at least four justices vote to do so.

Trump was dangerously off base with his proclamation. He cannot unilaterally take a case to the Supreme Court, and he lacks any basis to make the voting stop. But the Supreme Court has left the door open just a crack to the possibility that it could step in and disqualify certain mail-in ballots in Pennsylvania. If the election comes down to Pennsylvania — and specifically those votes arriving after election night — then we could end up seeing the election decided in the Supreme Court. 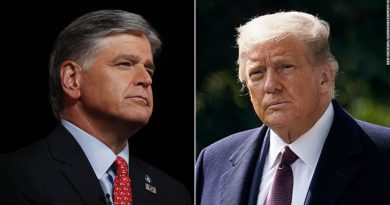 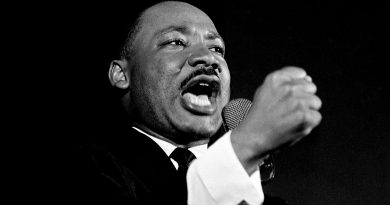 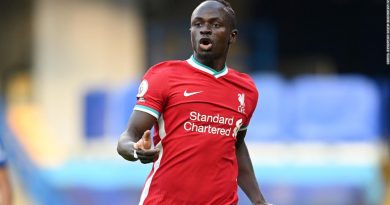