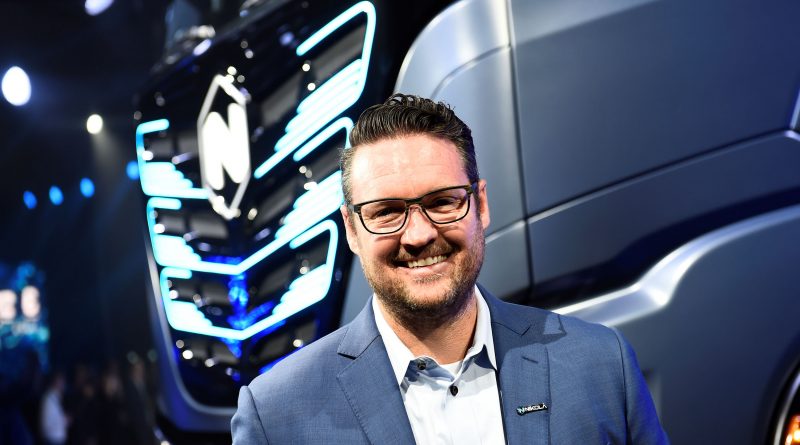 The accusations, stretching back more than 15 years ago, follow Milton’s resignation as executive chairman of Nikola on Sept. 21 after short seller Hindenburg Research released a damning report detailing fraud allegations. The report has reportedly sparked inquiries into Milton and Nikola by the Securities and Exchange Commission and Department of Justice.

Since the Hindenburg report dropped a little over two weeks ago, the shareholder lawsuits and personal attacks on social media have started to pour in.

Through a spokesman, Milton “strongly denied” what he said were false allegations and declined to address the specific details of the women’s complaints.

The turnabout for Milton has been swift. The company went public June 4 and Milton was riding high as one of Wall Street’s newly minted billionaires under 40. Although Phoenix-based Nikola hadn’t produced a single vehicle, the start-up had a market value of $28.8 billion days after its IPO — a smidge more than Ford Motor — and Milton briefly had a paper net worth of more than $8.6 billion. General Motors inked a deal with Nikola to provide technology and build its electric pickup trucks on Sept. 8.

The Hindenburg report was followed by bombshell allegations over social media Sept. 21 from Milton’s cousin Aubrey Ferrin Smith, who publicly accused Milton over Twitter and Facebook of groping her bare breasts after a family funeral outside Salt Lake City in 1999 when she was 15 and he was 17 years old.

Ferrin Smith filed a formal complaint Saturday with the local police in Holladay, Utah, where the alleged assault took place. Sgt. Melody Cutler with the Unified Police Department in Utah confirmed that a report was filed against Milton as well as the details repeating the accusations she made over Twitter.

CNBC doesn’t report the names of victims of sexual assault and Cutler declined to release the alleged victim’s identity. Ferrin Smith and her attorney have agreed to speak on the record about her case.

The second alleged assault, which hasn’t been previously reported, took place in 2004 when Milton would have been 22 years old and hired a then 15-year-old girl as an office assistant for a security company he ran in St. George, Utah, according to Craig Johnson, a former prosecutor who’s representing both women.

“The allegation by my client is that he digitally penetrated her vagina with his fingers, which under Utah law constitutes object rape, and that is the charge the police will be investigating, in addition to forcible sexual abuse, which includes any ancillary touching of the vagina during the assault,” Johnson said in an interview with CNBC.

St. George Police Department Capt. Mike Giles confirmed that a complaint involving a minor was filed Friday, but he declined to release any further details.

“Mr. Milton strongly denies these false allegations. At no point in his life has Mr. Milton ever engaged in any inappropriate physical contact with anyone,” Brandon Messina, Milton’s spokesman, said in an emailed statement to CNBC.

Milton ran several companies before founding Nikola in 2010, including St. George Security & Alarms, which he incorporated in May 2004, according to state records. The office had a movie room where Milton invited his new assistant one night, the woman said in an interview with CNBC. She said she agreed to stay because he was paying her by the hour, she needed the money and depended on him for a ride home.

The now 32-year-old woman, who is a lawyer, said she’s spent the last 16 years trying to forget what happened.

“I kind of put that whole scenario of memory in a dark place, locked it up and tried to just forget about it,” she said.

At some point in the evening, Milton allegedly started to grope the 15-year-old, first touching her breasts before putting his hands down her pants, she said. “I just froze,” she said.

Because she didn’t have a driver’s license, she had to wait until he was finished, she said.

“He was in a position of power and he would give me a ride home from that job and this happened at the end of one of the days that I worked there and I was somewhat at his mercy because I couldn’t even go home until he was going to give me a ride home,” she said.

She said she didn’t tell anyone about the alleged assault at the time and quit shortly thereafter.

A few years later, Milton’s former friend, Tyler Winona, claims Milton bragged about the assault. Winona said the two were living together at the time and the pair bought a Lotus car together. On the way back to St. George with the car in around 2006, Winona said, Milton described the incident.

“I still remember, where we were at on the road, almost back to St. George, he told me when (she) worked for him, he blackmailed her for ditching school and into watching a movie in the back and cuddling with him,” Winona said in an interview. Milton said he “took her virginity in the theater room,” Winona said.

“He told me he fingered her,” Winona said. “He kept going on, saying I like young girls and I like virgins because they are naive.”

Their relationship soured soon thereafter and the two parted ways on bad terms, Winona said. He said the two had a falling out over his then-girlfriend and the friendship with Milton spiraled down from there. Winona’s mother called the cops on Milton at some point and Milton framed Winona for stealing a $1,500 radar detector, Winona said.

A friend of the alleged victim, who asked to remain anonymous because she fears retribution from Milton, said she knew he made unwanted advances on her friend.

“I don’t think I knew the details, but I knew that he had sexually made moves on her,” she said in an interview with CNBC.

She said Milton also romantically pursued her, tried to cuddle with her, kiss her and eventually invited her to Puerto Rico when she was 16 and he was approaching his mid-20s. He even asked her parents for permission to take her, “but he made me uncomfortable when he started talking about taking bubble baths together in Puerto Rico,” she said, adding that she ended up not going.

Ferrin Smith said she was in Utah for her grandfather’s funeral at one of her uncle’s houses outside of Salt Lake City in September 1999 when her alleged assault took place. The two cousins, who come from a large Mormon family in Utah, ended up watching TV alone in a room in the house, she said. Milton told her he was taking a massage class in school and convinced her to take her top off for a massage, she said in an interview with CNBC.

“He undid my bra like completely without my consent, and I froze,” she said. She was sitting in front of the TV when Milton reached from behind and groped her breasts, she said.

“It just didn’t compute, because I was like, this is a family member, he has the priesthood, he was going on a mission soon, which he loved to talk about … I didn’t even think, I just trusted him,” she said.

The incident shook her up and she said she told her best friend Libby Cannon Miller at the time. The teenage girls were having a sleepover a few weeks later when Cannon Miller could hear Ferrin Smith crying after they went to bed, Cannon Miller said in an interview.

“She told me when she was out visiting family, she and her cousin, there was a group of them watching a movie and at some point some people left and her cousin asked if he could give her a massage,” Cannon Miller. “Then she told me the massage migrated from the back to the front and it happened without her consent.”

Ferrin Smith also confided at the time in her mother, who confirmed the same account of events to CNBC. She additionally went to the bishop of the local Mormon church in her home town of Naperville, Illinois, Taylor Manning, who didn’t respond to messages left on a cellphone believed to be his number.

He also didn’t respond to a message left with the Naperville Illinois Stake, The Church of Jesus Christ of Latter-Day Saints, which declined to comment. Peter Schofield, an attorney at Kirton McConkie, which represents the LDS Church, didn’t return an email seeking comment on the matter. In 2017, when the #MeToo movement was in full force, Ferrin Smith relayed the account of her alleged assault on Facebook, without identifying Milton by name.

“When I was assaulted I was 15. I didn’t want to tell anyone, because I figured I should have known better,” she wrote at the time. She said when she confronted him, he said “he was only apologizing because he was my cousin.”

Johnson, who is representing the women, said he doesn’t believe the statute of limitations applies in either case. Utah has since waived it for most sexual crimes, he said.

Blake Nakamura, chief deputy at Salt Lake County District Attorney’s Office, said officials routinely investigate older allegations but it’s on a case-by-case basis whether they can proceed with any charges.

Nakamura said older cases between two minors rather than an adult and a minor are harder to establish. Sexual crimes between 14-year-olds and 17-year-olds are generally considered a misdemeanor, according to Nakamura.

He said there are circumstances in which a case could be opened but an investigation would need to be initiated following the alleged victim filing a complaint with local authorities.

GM declined to say whether the company was aware of any allegations of fraud or sexual abuse regarding Milton. GM CEO Mary Barra earlier this month defended the company’s $2 billion, non-cash deal with Nikola, saying it conducted “appropriate diligence” before announcing the agreement.

“Our transaction with Nikola has not closed,” a GM spokesperson said Monday in an email. “We are continuing our discussions with Nikola and will provide further updates when appropriate or required.”

The deal is expected to close by Wednesday.

GM was introduced to Nikola through Steve Girsky, the former vice chairman of GM who succeeded Milton as executive chairman at Nikola earlier this month. Girsky is a managing partner at VectoIQ, the special purpose acquisition company that took Nikola public, and joined Nikola’s board after the deal closed.

Girsky previously said his company “showed up with an army of people to diligence this thing” regarding Nikola, according to a webcast with an industry show called Autoline in early August.

“We really crawled all over these guys. It wasn’t pleasant at times,” he said, later adding he doesn’t “doubt there are going to be twists and turns here, but I did put my reputation on the line for this thing.” 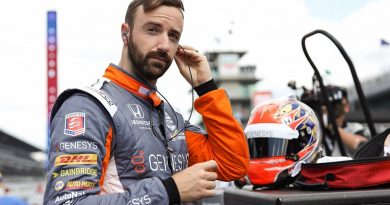 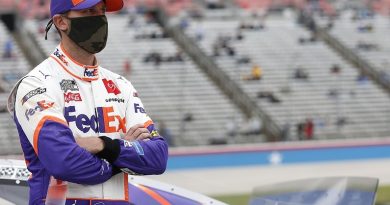